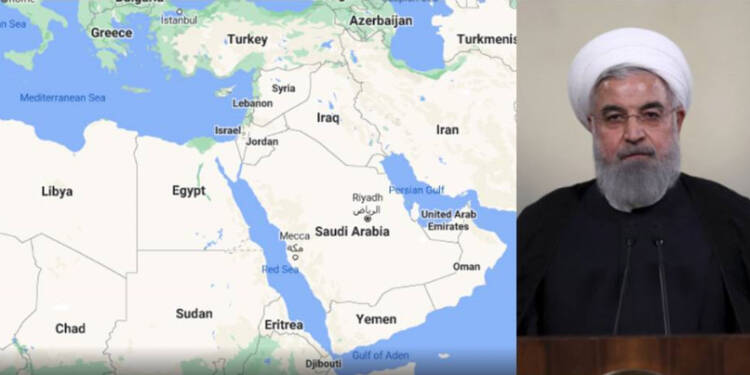 The Middle East, a region which always seemed entangled in conflicts, and warfare, be it due to Israel, Turkey or Qatar is finally coming together. A united middle east, a colonial dream for many in the region, and a diplomatic victory that has evaded many US Presidents. But now it seems a middle east stands united and President Trump’s ingenuity needs to be acknowledged.

President Trump’s Abrahamic Accords were a breakthrough in the middle east, on a scale that has felt unprecedented before. There was no Palestinian representative this time around to (reluctantly) shake the Israeli Prime Minister’s hand under the watchful eye of the US President. The years of peace negotiations of Camp David and Oslo sealed on the White House lawn now seem a distant memory. Instead, two Gulf Arab nations, the United Arab Emirates and Bahrain have agreed to develop diplomatic ties with Israel. To further put the focus on the work, even Turkey now seems to be in agreement with the peace process in the middle east. This has all been achieved very prudently and for Iran, the ordeal seems to have just started.

Trump’s administration worked tirelessly to establish a friendly atmosphere for allies and friendly countries in the Middle East to normalize ties with Israel. Whether it is the UAE, Bahrain, Sudan, or Kosovo, with the potential addition of more to the list. It was also significant because it falsified the analysis that peace in the Middle East would only work if a solution to the Palestinian issue had been found. Trump, however, sidelined the issue of Palestine and offered a forum for the countries in the region to find solutions to long-standing problems, and they agreed.

Turkey has been a challenger to the Saudis, Erdogan’s ambitions to become a 21’st Century Caliph, and a leader of the Islamic nations, is now all down the drain. The US sanctions imposed on Turkey, set in a reality of its current position in the International structure. And Turkey, which had under Erdogan taken an extreme-Islamic stand, and had pulled its ambassador from the Jewish state in the Arab world two and a half years ago is now looking to mend its ties and get along.

The Qatar Crisis was a major issue preventing peace in the middle east, Although, fairly new, the crisis exacerbated the divisive lines between the Saudis and the Turks, and Qatar was the Arab victim.

Read More: Pakistan emerges as the biggest loser in the Abraham Accord era, and it can’t even count on its last friend Turkey

Victimized, through petulant hackings, piracy, and with a threat to its economy, actions to weaken Qatar were underway. But now, efforts to end a three-and-a-half-year long blockade on Qatar seem to have been stepped up. The Saudis, Egypt, UAE, and Bahrain, had accused Qatar among other things of being too close to Iran and hosting a Turkish military base.

But in the last two months, negotiations have gained enough traction as earlier this month Saudi Foreign Minister Prince Faisal bin Farhan said a resolution was in sight, with the four governments behind the blockade “on board” and a final agreement expected soon. Egypt and the UAE have since given their public support to the negotiations.

Thus, it seems that cohesiveness has set in the diplomatic fault-lines in the middle east. The nations are recognizing and working to solve the issues that have been plaguing the middle east.

Coincidentally, the US efforts and external pressure have played an important. Trump’s decision to pull out of the Iranian nuclear deal and then to pursue the Abrahamic Accords in addition to his hard stand on Turkey made each state in the middle east come together on a single issue.

The Turkish decision to mend ties with Israel, which the Saudis are pushing for in the Arab world, has also led to the negotiations on the Qatar problem to move forward with major concessions and considerations on both sides.

Iran is being side-tracked to pursue the bigger picture of a never seen before peace in the middle east, the diplomatic wheels are turning in cohesion and it seems that a peace that has so far evaded the region is now within the reach of the powers that be.