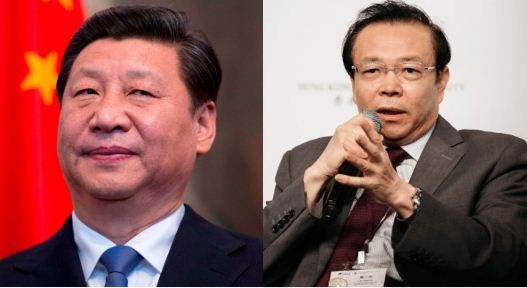 China was added in the United Nations Human Rights Council last year and it is fully reposing the faith shown in it by the world body by signing a death sentence for a businessman for a civil crime. Sounds bit stretched? But no, the perjured courts of China on Tuesday sentenced Lai Xiaomin, who was arrested in 2018 on charges of taking 1.8bn Yuan (£200m, $280m) in bribes over a 10-year period, to death.

Mr Lai was “lawless and extremely greedy,” the Secondary Intermediate People’s Court of Tianjin said in a statement released, it added that his actions put national financial security at risk. Moreover, Lai is also being accused of misusing over 25 million Yuan ($3.8 million) in public funds between 2009 and 2018. In his rebuttal, Lai reportedly said that he “did not spend a single penny, and just kept it there… I did not dare to spend it”. The luxury cars and gold bars were shown that Lai had accepted as bribes.

The crackdown on Lai is being seen as a move by the Xi Jinping led CCP to nail the dissenters who had fallen out with the state. Human Rights Watch calls the tactic ‘killing the chicken to show it to the monkeys’ so it “makes an example of one person to instil obedience in all the others.”

Lai Xiaomin was the former chairman of one of China’s largest state-controlled asset management firms named Huarong Asset Management. He took the helm of Huarong in 2012 and helped it to expand into new areas like investments and securities. Huarong was set up in the late 1990s to take on the failing loans of state-owned companies — a type of outfit known as a “bad bank” — lifting the burden from big state-run lenders that were looking to sell shares to the public.

However, Lai’s harsh punishment is not a one-off incident in the middle kingdom. There have been regular occurrences where businessmen have been implicated in financial frauds and given the ultimate death sentences.

In 2013, officials executed Zeng Chengjie after a court convicted him of financial crimes. The farmer’s-son-turned-entrepreneur was found guilty of defrauding investors in a massive ponzi scheme.

Similarly, Wu Ying, a young woman who became a business tycoon and had a ‘rags-to-riches’ fairy tale story was also sentenced to death for financial fraud. Ying was convicted of illegally raising 750m yuan (£75m) from investors in 2005-07. However, the Supreme Court intervened at the last moment and overturned the death penalty.

Financial frauds is tantamount to jail time but outrightly handing death penalties is a sign of an autocratic state where a monocratic ruler like Xi Jinping wants to control the destiny of its people. China is the same state where corrupt CCP officials often escape punishment, despite news stories of their massive corruption rendezvous routinely springing up in the news corridors.

The recent fate of China’s richest man, Jack Ma further cements the fact that CCP and Jinping can throw any businessman under the bus if it helps them ascertain authority amongst the masses.

Ma has “not been seen in public” since he criticised China’s regulators and its State-owned banks. His sudden disappearance becomes that much more mysterious given the growing discord between Ma and the CCP. Also, China has a history of mysterious, high-profile disappearances, especially with the Xi administration at the helm of affairs and Ma’s disappearance, therefore, is being read in light of his apparent tussle with Chinese President Xi Jinping.

Read more: Where is Jack Ma? After his showdown with CCP, the Alibaba founder has gone missing

Jinping and his Politburo are trudging down a cleanup route where any person daring to question the authority of the communist state machinery is being fed to the wolves. As such, businessmen like Lai Xiaomin and Jack Ma are being continuously hounded and for all, we can speculate, the latter might have been hunted down as well and prearranged a swift ending for his misery.