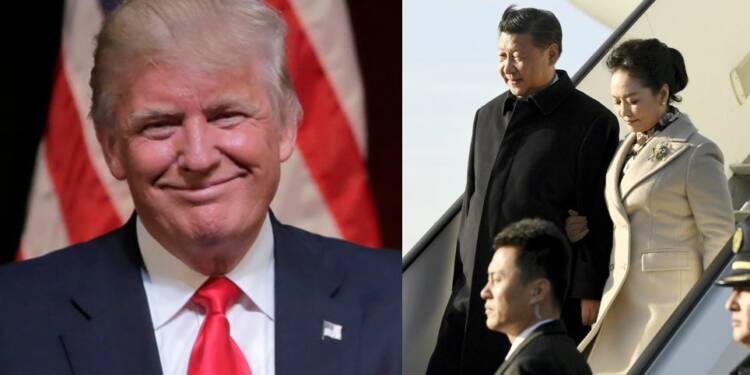 As social media giants booted out Trump, the US President started finding support from several governments around the world. But he is also finding support from an unexpected source- China. The Chinese Communist Party (CCP) is, of course, not the one supporting Donald Trump. But it is the people of China who are comparing the bans and restrictions on Trump with Chinese censorship. In fact, Chinese social media is flooded with active support for Trump.

One thing is clear- Trump might have lost the US Presidential polls, but he remains the biggest China hawk across the world. He is one of the most outspoken enemies of the CCP and has inflicted heavy costs on China for its belligerence, and therefore those who don’t like CCP often end up showering praise on the outgoing US President. By praising Trump, the people of China are telling two things- one, they don’t like censorship and two, they support CCP’s enemies over the Chinese government.

Speaking about the wave of social media bans and restrictions on Trump, a Weibo user said, “Legally he’s still the president. This is a coup.” Some of the content is actually being driven by the Communist Party’s propaganda machinery itself. In the case of CCP’s propaganda tools, this event is being used to justify and validate China’s censorship culture.

Hu Xijin, the editor of the CCP mouthpiece Global Times, for example, wrote an opinion piece titled, “Twitter’s suspension of Trump’s account shows freedom of speech has boundaries in every society.” In a Weibo post, Hu even said that it would be tough for the US to bounce back and play the role of “the beacon of democracy.”

Basically, the CCP is telling Chinese people that every country has some restrictions on free speech. So, Beijing believes that the people of China have no right to feel concerned about enforced disappearances and State-sponsored murders of CCP critics.

But CCP propaganda usually has few takers. People of China keep drawing comparisons between Chinese censorship and what happened with Donald Trump. A Weibo user called Xichuangsuiji said, “When Twitter banned Trump, it was a private platform refusing to serve the president.” He added, “When Weibo bans you, it’s simply executing government guidelines to censor an individual’s speech.”

And then some individuals, who suffered horrifying censorship in China, simply cannot help but empathise with the outgoing US President. Ai Weiwei, a dissident artist, posted a tweet in Chinese that read, “Twitter and Facebook permit propaganda from the Global Times and the People’s Daily, and yet today, they went to war with their own president by censoring his expression.”

Yet, for many other Chinese social media users, the social media bans against Trump is an opportunity to vent out their accumulated frustration. People of China are generally compelled to hide their strong emotions against censorship. The reason is simple- if you criticise Chinese censorship, you will be censored again. Also, if the CCP feels particularly offended, it would destroy your life.

But now that the US President has been booted out by social media giants, the Chinese citizens can, at least, say that they don’t like censorship in as many words without being hounded by CCP authorities and neighbourhood officials. So, criticising the bans against Trump is an opportunity for Chinese citizens to describe just how emphatically they despise censorship.

Take Kuang Biao, for example. He is a political cartoonist, who has been censored time and again by the CCP. Last year, he drew a cartoon about Dr. Li Wenliang, the Wuhan doctor who was harassed by local police for sharing information about the Chinese virus outbreak. Dr. Li was shown wearing a mask of barbed wires. Of course, the cartoon faced censorship. This time, Biao created two cartoons criticising the bans against Trump and Chinese censors haven’t bothered.

Chinese citizens are criticising the bans on Trump. But their real message is to the CCP. People of China are making it clear that their patience is running thin and the CCP should wait for a massive rebellion over censorship.

After the silencing of Trump, Poland cracks down on Big Tech with a plan to ban arbitrary censorship