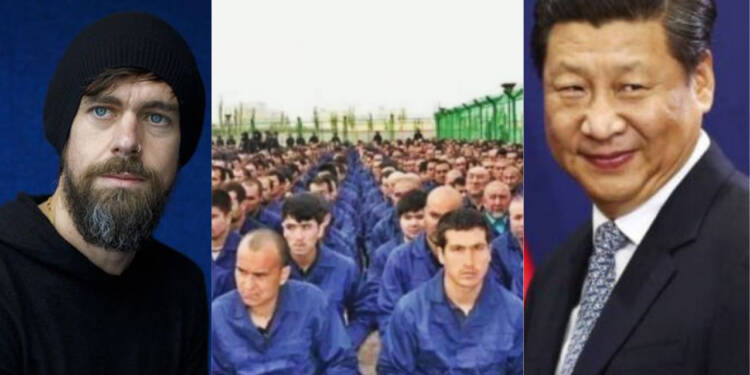 A Twitter spokesman told Fox News on Thursday that Chinese communist regime tweets that deny Uyghur forced labour in the province of Xinjiang and accuse the US of making up its lies about the documented violation of human rights do not breach the rules of the social media site and thus will not be taken down.

The Communist Chinese authorities have increased their atrocities against ethnic Uyghur minorities of the Xinjiang region, according to widespread investigative reports. This includes an invasive human and digital surveillance scheme, religious suppression, compulsory women’s sterilisation, and forced labour. This also includes the detention of about 1 million citizens. But it seems that Twitter, which banned Donald Trump is willing to propagate CCP propaganda at the cost of millions of Uyghurs.

Chinese Foreign Ministry spokesperson Hua Chunying on Thursday posted a collection of tweets saying that forced labour is “the greatest lie of the century aimed at restricting and suppressing Chinese authorities and companies in their respective fields and containing the development of China.”

A detailed study by the Associated Press, including interviews with about 30 former prisoners, found that hundreds of thousands of Uyghur women had been subjected to pregnancy tests and coerced into sterilisation procedures and abortion by communist authorities.

Read More: China may have given Turkey its vaccines in exchange of Uyghur Muslims to work at its sweatshops

The Twitter spokesperson told Fox News that China’s foreign ministry tweets did not violate the company’s rules. The Chinese regime also dismissed the claims and argued that the camps are centres for technical training and related initiatives aimed at curbing extremism and terrorist actions.

One of Chunying’s tweets also accused the USA of misleading and taking “outrageous actions” in violation of international trade laws and “harming the interests of businesses and consumers worldwide including those in the United States.”

Also, Chunying’s tweets were accompanied by a propaganda video with cheerful music, featuring smiling workers at factories in Xinjiang, talking about how a lot of their “living habits have been changed and improved.”

The video recalls the type of propaganda material that the Chinese regime generated in its attempt to whitewash its oppressive actions in Xinjiang. After gaining stage-managed access to many internment camps in 2019, the BBC reported on such propaganda campaigns.

Recently, in the aftermath of the Capitol protests last week, Twitter shut down President Donald Trump’s account, prompting accusations of censorship of free speech and exacerbating political tensions. The company alleged that the violence had been incited by Trump.

In a tweet on Jan. 13, Twitter CEO Jack Dorsey recognised that the company’s decision to withdraw Trump was divisive and set a dangerous precedent. It is not a coincidence that Dorsey’s charade came at a time when Twitter’s valuation plunged over 6.4% and then further by 2.4%.

Twitter has been criticised by foreign leaders like the French President and the Chancellor of Germany and others for its decision to ban Trump.

We’re not neutral. No platform is neutral, we all have values and those values influence the decisions we make. We try and be apolitical, but that’s increasingly difficult, particularly in the US where people are more and more polarized.

The duality of Twitter’s response in Trump’s case and the case of the propaganda by the CCP, where Twitter has refused to break the rules, shows that the social media platform is driven by political biases and this was even confirmed by the CEO of Instagram, whose platform also banned Donald Trump.