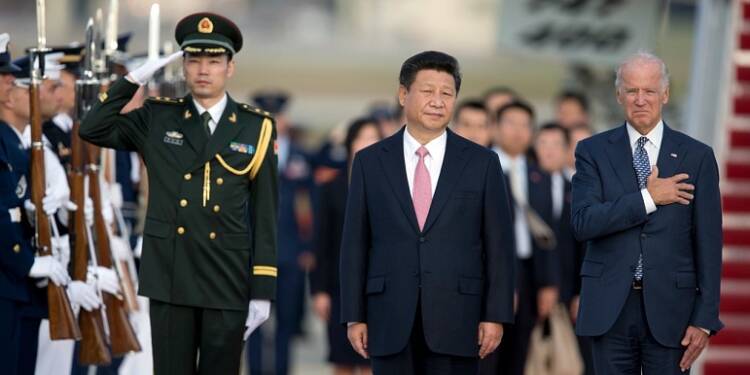 Biden’s picks for administrative roles in his administration have a favourable China bias. Therefore, it comes to an as little surprise that his picks for CIA director and treasury have been directly influenced by the CCP.

Financial details of Treasury Secretary Janet Yellen reveals that she was paid to talk to a Chinese Communist Party-based media outlet- Caixin. The financial relationship is revealed via her most recent disclosure as item 33 on a 68-item-long list titled “Filer’s Sources of Compensation Exceeding $5,000 in a Year.”

Caixin has been highlighted by The Washington Post for its ties to the Chinese Communist Party through its founder Hu Shuli, including personal friendships with former party leadership: “Caixin, which Hu founded after leaving Caijing in 2013, has been able to navigate China’s media landscape better than most. Some attribute this to Hu’s savvy and personal connections — she comes from a line of Communist Party intellectuals and maintains a friendship with Wang Qishan, China’s vice president.”

The State Department’s Bureau of International Security and Non-proliferation has described Tencent as a “tool of the Chinese government,” noting the company has “no meaningful ability to tell the Chinese Communist Party ‘no’ if officials decide to ask for their assistance.”

It provides “a foundation of technology-facilitated surveillance and social control” as part of the CCP’s broader crusade “to shape the world consistent with its authoritarian model,” the report added.

Bill Burns, Biden’s pick for the director of the Central Information Agency, serves as President of the Carnegie Endowment for International Peace, which has over a decade of ties with the China-U.S. Exchange Foundation and other communist organizations in the Chinese Communist Party.

Since 2014, Burns has served as the think tank’s president, overseeing its involvement with the China-U.S. Exchange Foundation (CUSEF) dating back to at least 2009. CUSEF – part of the Chinese Communist Party’s United Front effort that seeks to “co-opt and neutralize sources of potential opposition” and encourage foreign actors to “adopt positions supportive of Beijing’s preferred policies” – has sponsored trips for Chinese Communist Party officials to speak at the Carnegie Endowment for International Peace.

The Carnegie Endowment for the International peace is identified by Southern China’s Morning Post as receiver of CUSEF “money,” and works with them often on projects that facilitate cooperation between the United States and China.

The Centre aims at improving cooperation between the US and China by organizing conferences with officials from China’s Communist Party and US legislators, including Paul Ryan, Elaine Chao, and John Kerry.

Also in collaboration is the China Strategic Culture Promotion Association (CSCPA), whose former Chinese Navy chief Luo Yuan calls for a “strong” Chinese military, the 62-page study issues a host of “recommendations for U.S. and Chinese policymakers, including “emphasizing competition cooperation” and “preventing the Taiwan problem from derailing broader cooperation.

All these picks and the recent developments prove that Biden’s administration will not be hard on China as Biden had so confidently said during his election campaigns. The White House is now filled with people with either close ties to the CCP or an undeniable affinity towards China and God only knows what the future holds and how will the US actually stand up to the rising Chinese challenge with people who hold China dearly.

As Jinping gives free hand to coast guard, Japan could immediately send its forces in case of any Chinese aggression at Senkakus