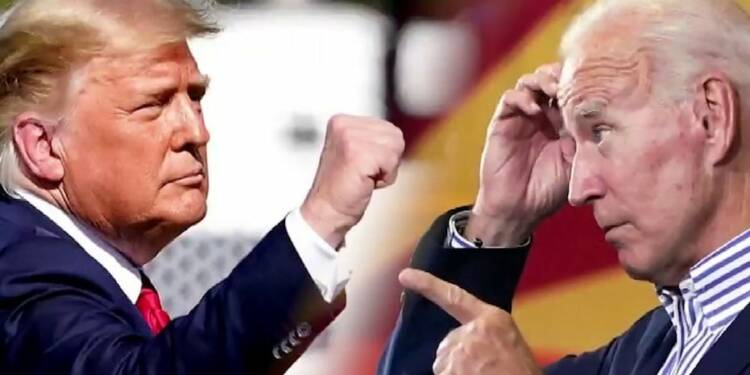 Biden has simply kneeled before his predecessor’s soaring popularity. In an apparent attempt to avoid much of a backlash, Biden could be looking to keep Trump’s impeachment trial short. Biden had achieved only a marginal victory in the Presidential polls last year and Trump is now leading a strong opposition against the Democrats. So, the sitting US President doesn’t want to do something that ultimately boomerangs on him.

As per The Hill, Biden has given a crisp message to Senate Democratic leaders on the upcoming impeachment trial of the former US President Donald Trump- Keep it short and don’t let it derail his agenda. Biden has never sought to actively push Trump’s impeachment in the US Congress. But this is the first time that he is instructing fellow Democrats not to make it a big, contentious issue that can backfire easily.

Originally, the impeachment plan against Trump was a conspiracy by the Democrats to ensure that Trump isn’t able to run for President in 2024. Democrats are scared of Trump, as they know that a little less than half of the American voters backed Trump during the Presidential polls last year. So, he can easily spring back to power in 2024, and impeaching him was a convenient way to rule him out.

Read More: Biden has a tough Presidential term ahead and he, therefore, has to kneel before Trump, in order to buy some degree of breathing space from the Republicans.

But the impeachment attempt isn’t going to succeed. So, Biden doesn’t find it prudent to make a big deal out of it. Biden has his own reasons to seek a short impeachment trial- Firstly because a high-profile trial that ends without Trump conviction could lead to a major backlash against Biden.

Secondly, if Biden doesn’t distance himself from the impeachment conspiracy being hatched by some Democrats, then the Trump-led opposition could look to settle scores later on. In fact, the Republicans have been showing the intent to rally behind Trump and give the Democrats a dose of their own medicine.

A coalition of six red states has gone as far as warning the US President against overstepping authority, and stating that they were willing to sue Biden if he does anything that goes against individual rights, federal law or the Constitution.

Joe Biden doesn’t want to antagonise the Republican lawmakers and set himself up for tough reactions from the Trump-led opposition. Biden has just come to power and has an extraordinary agenda to push on issues like Climate Change, sending troops into conflict-ridden parts of the world and raising federal taxes. He knows that the opposition can simply ruin his Presidential tenure if it wants to. So, the 78 years-old wants reconciliation, and he is actually doing that by going soft on Trump and his supporters.

Biden has a tough Presidential term ahead and he, therefore, has to kneel before Trump, in order to buy some degree of breathing space from the Republicans.

The Coal Wars: Scott Morrison is all set to win the “who blinks first” competition against Xi Jinping