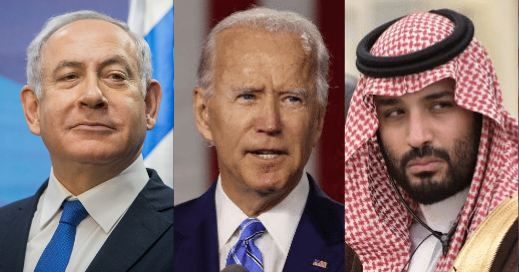 After trying to serenade Iran for the major part of his Presidential election campaign and after his inauguration, some sense has finally prevailed in Joe Biden and his camp. According to news reports, the US won’t lift sanctions on Iran before the country returns to its commitments under the 2015 nuclear deal. Ever since coming to power, Biden had been talking about lifting the sanctions and going back on Trump’s ‘maximum pressure’ strategy. However, the pushback from Saudi Arabia and Israel has forced Biden to go back to Trump’s much compact and stern foreign policy.

During a CBS News interview before the Superbowl, the 46th President of the USA was asked if Washington would lift sanctions to bring Tehran back to the Joint Comprehensive Plan of Action (JCPOA) deal.

“No,” Biden answered, according to a clip of the interview posted online on Sunday. “They have to stop enriching uranium first?” the news anchor asked, to which Biden nodded affirmatively.

Biden’s soft spot for Iran could be gauged by the fact that he had appointed Robert Malley as the US special envoy to Iran. Malley was the White House Coordinator for the Middle East, North Africa, and the Gulf region under former President Barack Obama and had helped negotiate the strategically farce 2015 nuclear deal.

Reported by TFI, taking advantage of Biden’s soft stance, Tehran announced that it had resumed enriching uranium to up to 20 per cent purity, a significant breach of the 2015 nuclear accord, thereby reducing the time it would take to manufacture the nuclear bomb. And all this was being done to pressurise Washington into dropping the sanctions.

“If they want Iran to return to its JCPOA commitments, the US must completely lift sanctions. And not just verbally, on paper. They must revoke the sanctions in action and we will verify it,” said Iranian Supreme Leader Ayatollah Ali Khamenei.

An Israeli news broadcaster, Channel 12 News quoted “a very senior Israeli official” in the Netanyahu government as saying, “If Biden adopts Obama’s plan, we will have nothing to talk about with him.” The official was referring to the JCPOA.

Read more: A fuming Netanyahu and an angry MBS – Why the USA will lose both Saudi and Israel together

Saudi Arabia and its Gulf allies like the United Arab Emirates are deeply concerned about Iranian ballistic missiles and Tehran’s vast network of regional proxies and militias spread all across the conflict-prone region.

Riyadh fears that if Biden starts negotiating with Iran and alleviating Trump’s ‘maximum pressure policy’ against the Shi’ite nation, then Tehran might get more emboldened and belligerent.

With the pressure applied by both sides, Biden has wilted, at least for the time being. However, it would be interesting to see how long the Democrat President can resist the urge to self-detonate by going back and sitting across the table with Tehran to revitalise the suicidal nuclear deal.

The second wave of Japan’s economic offensive against China is here. And it is brutal