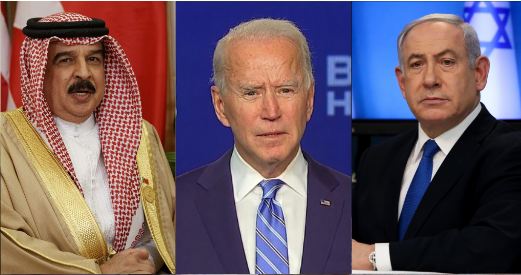 The Abraham Accords, which put a halt to the decade-old conflict in the world’s most sensitive region – the Middle East, is probably the greatest achievement of former US President Donald Trump. The result of the Accords was the establishment of peace between Israel and a number of Arab countries.

The newly formed friendship mediated by Trump became a milestone attempt for peace and security in the Middle East and the surrounding regions. The strategic coordination between Jerusalem and like-minded Gulf countries is essential for keeping the rogue elements in the region, terrorist organisations and the countries sponsoring them in check. It is now an established fact that Middle East countries would continue to praise Trump for generations to come.

Bahrain along with the United Arab Emirates had normalised the diplomatic ties with Israel last year in September over mutual concerns about the threat posed by Iran. The US under Trump also shared suspicions about Tehran. It is said that the Tehran Nuclear deal which was dumped by Trump is probably back on the table after Biden’s administration arrived on the scene.

But to a major disappointment for Biden, his efforts to revive the nuclear deal with Iran might not give the expected results as Iran has decided to curb the United Nations’ monitoring and threatened to increase its Uranium enrichment capacity manifolds. Riding high on the Abraham Accords, Israel is keen to foil Biden’s plans of dismantling peace accords in the Middle East.

The Biden administration is working hard to overturn the success achieved by the Trump administration. It is giving Iranian clergy leaders ‘over the top appeasement’. Hence Tehran has also realised that it can get away with anything in the world as long as Biden is there to support it.

Biden insists on reviving the nuclear deal which will obviously have global consequences and shall pose threat to the whole world. A possible result of Iranian nuclear ambitions will be more and more rogue regimes like Pakistan and North Korea getting easy access to military-grade nuclear weapon technology and no leader like Trump to stop them.

The American allies in the Middle East are living in fear of a possible nuclear threat. The increasing stockpiling of Uranium in Iran disturbs the peace of the region. And, it wouldn’t be a surprise if the region soon finds itself in the middle of an enormous war.

Along with Israel, Gulf countries including Bahrain are also hoping to disregard Biden’s efforts to let Iran develop nuclear weapons. For the first time in history, Israel and Arab states are ready to go against the current American government as they believe in Trump’s plan of containing Iran and its associates.

There have been reports that Netanyahu will soon visit Bahrain and other countries of the Arab world once the Wuhan virus threat subsides. It is pretty obvious that the threat of Iran will be extensively discussed and analysed. There are also possibilities that a united front consisting of Arab nations and Israel shall put pressure on the Biden administration to reconsider its mistake of giving Tehran free rein and continue with Trump’s way since it’s the only right way.

Miles away from Jinping’s “extreme poverty eradication claim”: Life in China outside the Chinese big cities