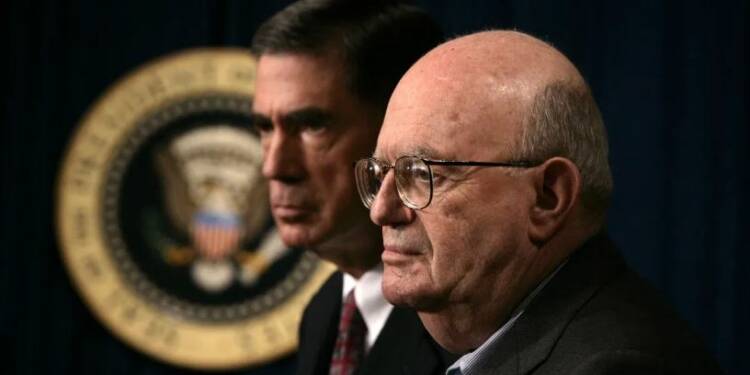 The 2020 US Presidential elections was unprecedented in terms of the accusations which were being flung left, right and centre. On display was mainstream media’s biasness against former President Donald Trump and love for the Democrat candidate Joe Biden. Such was the bonhomie between the media and the Democrats that every story that could potentially harm the Biden campaign was attacked, suppressed and torn to shreds as quickly as possible. One of the examples was the Hunter Biden story which had become a hot point of the Trump campaign. But it was suppressed and Trump was attacked ruthlessly.

While everyone knew about the collusion as was evident with the biased news reporting, nobody would actually speak out. But now a federal judge has decided that he has had enough of the biased news and has launched a massive widescale offensive against the media and has suggested a review of the NYT vs Sullivan ruling which gave the media its powers of being exempted under the first amendment.

In an obscure libel case that tests the bias of the mass media, a federal appeals court judge issued a blistering dissent.

The case revolves around a 2018 study by Global Witness Publishing, which accused Liberian government officials Christiana Tah and Randolph McClain of taking Exxon bribes. Tah and McClain filed a defamation lawsuit against Global Witness, and their charges were rejected in a Friday decision.

However, in his modest dissent, D.C. Circuit Court Judge Laurence Silberman launched an extraordinary written tirade against the press, arguing that the Supreme Court should reconsider the landmark 1964 New York Times v. Sullivan case, which gave the media broad First Amendment rights from being sued by public officials.

He wrote, “New considerations have arisen over the last 50 years that make the New York Times decision (which I believe I have faithfully applied in my dissent) a threat to American Democracy. It must go.”

The increased power of the press is so dangerous today because we are very close to one-party control of these institutions,” Silberman added.

He was nominated to the federal bench by Ronald Reagan and has been a senior judge on the D.C. Circuit Court since 2000.

Silberman in his dissent pointed out the biasness of the mainstream media against the Republicans. He wrote, “Although the bias against the Republican Party—not just controversial individuals—is rather shocking today, this is not new; it is a long-term, secular trend going back at least to the ’70s. Two of the three most influential papers (at least historically), The New York Times and The Washington Post, are virtually Democratic Party broadsheets. And the news section of The Wall Street Journal leans in the same direction. The orientation of these three papers is followed by The Associated Press and most large papers across the country (such as the Los Angeles Times, Miami Herald, and Boston Globe). Nearly all television—network and cable—is a Democratic Party trumpet. Even the government-supported National Public Radio follows along.”

The judge, appointed during the Ronald Reagan administration charged Silicon Valley with manipulating news “in ways favourable to the Democratic Party” and fuelling censorship. He cited the New York Post’s suppression of explosive reporting on Hunter Biden in the final weeks of the 2020 presidential election.

“It is well-accepted that viewpoint discrimination ‘raises the spectre that the Government may effectively drive certain ideas or viewpoints from the marketplace,'” Silberman said. “But ideological homogeneity in the media—or in the channels of information distribution—risks repressing certain ideas from the public consciousness just as surely as if access were restricted by the government.”

It should be borne in mind that the first step taken by any potential authoritarian or dictatorial regime is to gain control of communications, particularly the delivery of news. It is fair to conclude, therefore, that one-party control of the press and media is a threat to a viable democracy,” the judge continued. “It may even give rise to countervailing extremism.

“The First Amendment guarantees a free press to foster a vibrant trade in ideas. But a biased press can distort the marketplace. And when the media has proven its willingness—if not eagerness—to so distort, it is a profound mistake to stand by unjustified legal rules that serve only to enhance the press’ power.”

The collusion between the media and the Democrats is a dangerous precedent. It was evident, as pointed out by the judge in his dissent, during the 2020 elections. The hate against the Republican Donald Trump was mind boggling. The people were also being fed the same hate driven narrative by the mainstream media.

If a review of the 1964 case of NYT vs Sullivan does take place and a redressal does happen it would deliver a big blow to the media’s open display of partisan reporting.