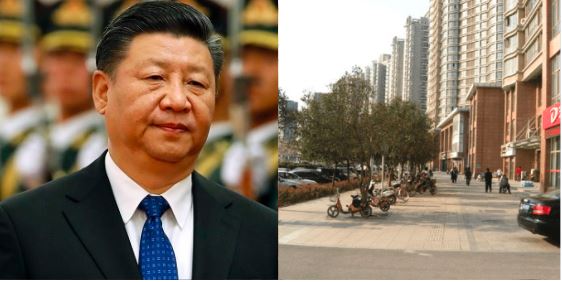 China under the expertise of the Chinese Communist Party and Xi Jinping was projecting a rosy picture of a resurgent economy. However, the reality is the exact opposite of what Beijing is professing. A combination of mishandling of the domestic coronavirus pandemic, slumping economy, countries and companies moving out of China as well as decreasing demands all over the world due to pandemic, has hit the manufacturing hubs in China really hard. The second-tier cities which were earlier touted to be the next economic miracle story, have taken a turn for the worse as Chinese citizens are abandoning tier-two cities en-masse to survive in post-Covid China. The story of the central Chinese city of Zhengzhou best encapsulates all that is wrong with China currently.

Official data show the city’s housing transactions, measured by floor space, were down almost by half in the first two months of this year from the same period of 2019. That compared with a 76 per cent jump among the top 10 coastal cities over the same period.

The tepid demand has lifted supply to a risky level. According to CRIC, a Shanghai-based consultancy, it will take 15 months — a high level by industry standards — for developers to sell their inventory in Zhengzhou provided no new project enters the market. And we all know even that is a very optimistic estimate, given the company’s investment these cities were made of, have decided to move out of China.

The Chinese economy is in tatters and coupled with the worsening impact of the pandemic, which Beijing has tried hard to hide, has made possible the backward movement of the people out of the second-tier cities. Bloomberg reported that searches for the Chinese equivalent of “stock market” on Weibo, the country’s Twitter-like platform, produced no results on its web version on Wednesday, making it seem as though the phrase was censored. The report added that Weibo users could still post using the term “stock market” and the app’s mobile-version seemed to display them if hashtags weren’t included. Searches for posts including words that mean “plunge,” “A-shares,” and “stocks” worked early in the day.

If in China one cannot search terms that provide analysis for a failing economy, then we can be sure that the economy of China is headed for an uncontrolled downturn.

“Zhengzhou has historically been facing an oversupply of apartments and the pandemic is making the problem worse,” said Larry Hu, an economist at Macquarie Group in Hong Kong. “The situation is going to deteriorate in the coming 12 to 24 months,” he added.

With little prospect of a quick recovery, Zhengzhou’s once-promising developers are beginning to scale back their plans. Residential land sales in the area, a leading indicator of housing investment, dropped by more than a third in the first two months of this year compared to the same period last year, as many developers opted to halt construction.“The worst days are not over,” said an executive at China Merchants Property Zhengzhou Branch.