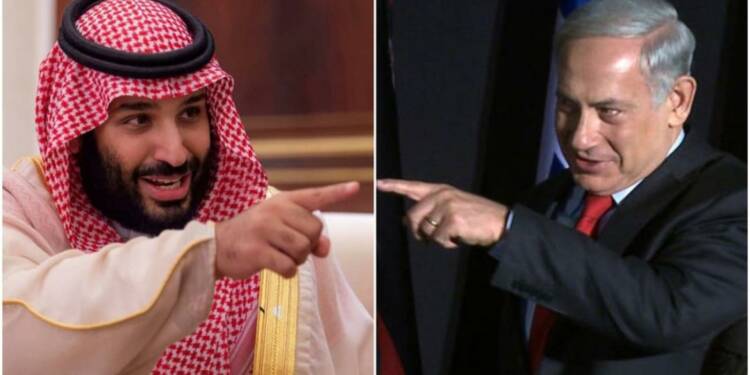 The developments in the Middle East are sure to determine where the region will be headed in the coming decades. The Biden administration’s policy directed at pampering the Iranian regime and hoping that they will make a pinky promise not to build a nuclear weapon is very childish. Saudi Arabia and Abraham Acord member countries have realised the futility of Biden’s Middle East policy. And as Biden embraces Iran, Saudi Arabia is taking the reasonable option and embracing Israel.

Any potential deal to normalise relations between Saudi Arabia and Israel would benefit the Middle East but depends on the progress of the peace process between Israelis and Palestinians, the Kingdom’s foreign minister said on Thursday. The foreign minister added, however, that any potential deal would only be possible if progress towards peace between Israel and Palestine is made.

These developments should be seen in the backdrop of the fact that normally Saudi Arabia does not even make any considerable attempts to even accept any possibility of any normalisation of relations between Saudi Arabia and Israel.

Iran has become too confident given the kind of importance the Biden administration is giving it. Iran’s hardliners early last month admitted that Tehran had attacked an Israeli ship, MV Helios Ray, off the coast of Oman in late February. In addition to this, a missile attack launched by Iran backed Yemen’s Houthi rebels on Riyadh had been thwarted and threats to the Saudi oil wells are not subsiding. These are just a few examples of offensive Iran’s proxies are conducting on Saudi Arabia and Israel.

Read more: High on support by Biden, Iran is poking both Saudi Arabia and Israel at the same time but a terrible fate awaits it

Prince Faisal said, “I don’t know if (a deal is) imminent, it’s very much dependent on progress with the peace process,”. “There is, of course, a normalisation deal on the table — it has been on the table since 2002; it’s called the Arab peace plan. And even before that, we had the Fez initiative, which was presented by the Kingdom in 1982 and puts forward the prospect of full and complete normalization with Israel in return for a just settlement to the Palestinian issue”.

“Now, normalisation in the region can only be successful if we address the issue of the Palestinians and if we can deliver a Palestinian state within the 1967 borders that give the Palestinians dignity and gives them their rights. If we can find a path towards that, then I think we can see a much, much safer region and a much more prosperous one where everybody can contribute to its success, including Israel,” he continued.

The fact that the Kingdom of Saudi Arabia is now considering a peace deal with Israel and the normalisation of relations, after giving a go-ahead to other gulf allies, tells us how the temperature in the Middle East is changing.

The anti-Israel ICC judge, who was sanctioned by Trump, has been given a free hand by Biden to go all against Israel