Democrats want to create a One-Party system in US, but fellow Democrat Joe Manchin will ensure their failure 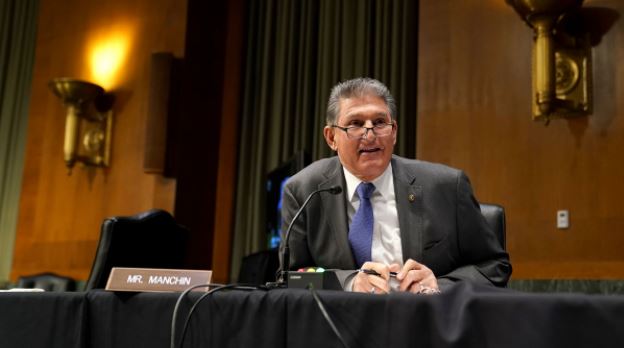 In his most conclusive statement yet on the topic, Democratic Sen. Joe Manchin III said on Wednesday that under no conditions he would vote to abolish or weaken the legislative filibuster, dealing a blow to Democrats’ hopes of getting left-leaning partisan aspects of President Biden’s agenda through Congress.

The Democrats’ left-leaning agenda has been on full display since Joe Biden sworn in as President. First, he used executive orders, a record 42, in his first week. Now his party is pushing to abolish the filibuster in order to quell any resistance they might face in pushing their agenda. But Joe Machin stands tall to protect the spirit of American Democracy. To safeguard America from the socialist and communist elements in the Senate and even in the White House.

In an op-ed published in The Washington Post, the West Virginia senator said he would avoid using the budget reconciliation mechanism, which needs only a majority vote to pass such legislation, to bypass the filibuster, which Senate Democrats have seen as a way to pass Biden’s ambitious Infrastructure Plan.

He said, “There is no circumstance in which I will vote to eliminate or weaken the filibuster,” Manchin wrote. “The time has come to end these political games, and to usher a new era of bipartisanship where we find common ground on the major policy debates facing our nation.”

To end a filibuster, most legislation takes 60 votes, even though all 50 Democrats agree. The Democrats contend that the filibuster, which was once used sparingly, is now being used to stymie any problem involving partisan disagreement. Manchin flirted with being open to discussions about changing the filibuster a few weeks ago, but when proposals were floated, such as requiring senators to sit on the Senate floor talking while blocking legislation, he dismissed them all.

Read More: Biden is shoving his ‘Infrastructure Bill’ down the throat of America without caring about support from anyone

“Every time the Senate voted to weaken the filibuster in the past decade, the political dysfunction and gridlock have grown more severe,” he wrote Wednesday. “The political games playing out in the halls of Congress only fuel the hateful rhetoric and violence we see across our country right now. The truth is, my Democratic friends do not have all the answers and my Republican friends do not, either. This has always been the case.”

Manchin, as the most conservative Senate Democrat, plays a significant role in an evenly split Senate, where Democrats rely on Manchin to get something done in the absence of Republican support. Kyrsten Sinema, a centrist Democrat from Arizona, has also stated her opposition to eliminating the filibuster.

The movement to repeal or change the filibuster has gained traction in recent months, with senators, who previously opposed repealing the Senate rule, now saying it is time to do away with what former President Barack Obama has dubbed a “Jim Crow relic.” Biden, who has previously defended the filibuster, has now come out in favour of reforms, claiming that it is “being exploited in a massive way.”

Most of the current focus on reforming Senate rules is on sweeping proposals to reform the country’s voting laws, which Democrats have described as a way to combat voter fraud and make voting simpler. Republicans, on the other hand, have denounced it as a power grab, and bipartisan consensus on voting reforms seems unlikely at this time.

Read More: Trump rips into Joe Biden, Jake Sullivan, Antony Blinken and rest of the Democrats in his interview to NewsMax

Manchin made it clear in his op-ed that he does not agree with some of his colleagues that getting rid of the filibuster is worth it in order to pass new voting rules. “Our ultimate goal should be to restore bipartisan faith in our voting process by assuring all Americans that their votes will be counted, secured and protected,” he wrote.

Compromise and negotiation are necessary for a democracy to function. A partisan law will create divisions in society. Moreover, the Democrats hold only a slight majority in the senate and with Manchin staunchly against the idea, the filibuster would not be able to be done away with.

For Jinping, It’s not about curbing Alibaba anymore, it’s about finishing it forever