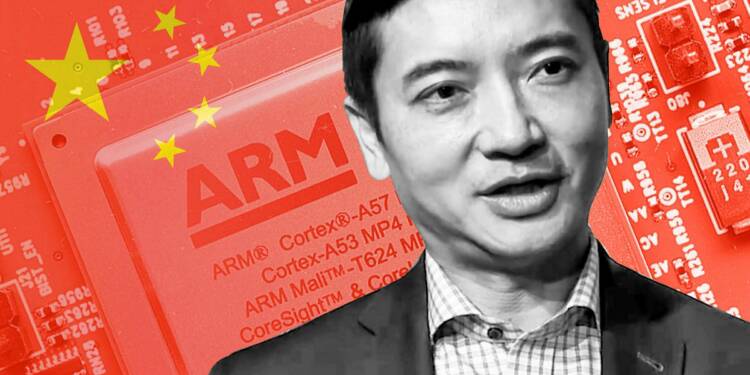 China has become a sinking economic ship and companies and investors alike are attempting to move out as fast as possible. New lawsuits aimed at holding Arm Ltd.’s controversial chief executive in power are complicating SoftBank Group Corp.’s attempts to sell the company to Nvidia Corp. The fight for ownership of Arm Ltd.’s China business is intensifying, with new lawsuits aimed at keeping the unit’s controversial chief executive in power. China wants to salvage its possibility of becoming the market leader in the chip-making industry and this is why it has made it difficult for SoftBank to move out of its domestic market.

The controversy began almost a year ago in June when the board of directors voted to fire Arm China Chief Executive Officer Allen Wu due to conflicts of interest, but he refused to resign. According to people familiar with the situation, the Chinese unit, which remains under Wu’s management, has filed lawsuits against three senior executives named by the board to succeed him.

The previously undisclosed lawsuits could take years to settle, implying Wu’s entrenchment. The question here arises that, while the Chinese Communist Party is so decisive in acting against the people it wants to, why is it taking so much time to act against Allen Wu? The answer is simple. Because CCP wants to salvage its chip-making scene and if this gets solved, SoftBank can sell it to Nvidia and move out of China.

Ever since the time pandemic hit the world and China stepped up its aggression, countries all over the world realised that they cannot be dependent on the Chinese supply chains, at least for future tech. Now that Intel, the world’s largest semiconductor company, has unveiled plans to invest $20 billion in two new chip-making facilities in Arizona by 2024 to counter China’s increasing dominance in the global supply chain, South Korea’s Samsung Electronics and Taiwan Semiconductor Manufacturing Co. will ensure that China is entirely eliminated from the chip-making game.

China is in no position economically to take on the task to counter the challenge. China’s public and private sectors have made concerted efforts to beef up the country’s chipmaking industry since 2014, but domestic chipmakers’ capital expenditure between 2017 and 2020 only amounted to $44.7 billion. Over the same period, Samsung alone has invested nearly twice that amount. In such a scenario, losing SoftBank’s investment can lead to the dismantling of any leftover chip industry.

The complicated squabble has cast doubt on Arm’s future, as its semiconductor technology is the world’s most commonly used for smartphones and is increasingly being used in computers. Last year, SoftBank creator Masayoshi Son agreed to sell the British chip designer to Nvidia for $40 billion, but the deal is becoming increasingly difficult to complete.

The dispute tells us that Beijing is so desperate that it is willing to become compromised in its ability to safeguard foreign investment and will go to any extents to keep SoftBank’s funding and hope for chip-making future secured.

Democrats want to create a One-Party system in US, but fellow Democrat Joe Manchin will ensure their failure