While Biden goes all out to please China, Jinping throws Biden’s climate goals in the bin 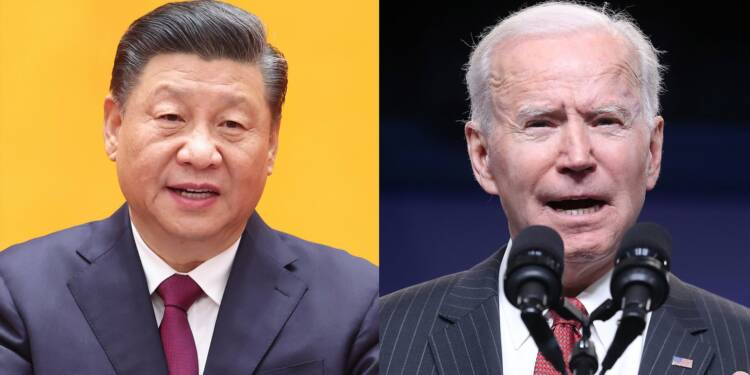 The United States, under Joe Biden, has gone beyond its place to placate and please China, but with the conclusion of the latest Climate summit by Joe Biden, all of this has turned out to be of no utility. The world’s two largest carbon polluters are China and the United States. According to the most recent available evidence, they account for nearly 45 per cent of global fossil fuel emissions that are warming our planet’s atmosphere. China’s emissions are nearly double those of the United States, despite the fact that an American emits more than twice as much carbon per capita as a Chinese resident.

As the facts lay bare in front of us, the Biden administration had imagined that with its re-entry into the international efforts to counter Climate change, it would be able to convince China to double down on its proclaimed targets this time around, if it is sufficiently pleased. However, as the climate summit called by Joe Biden ended, the Chinese Communist Party has not budged an inch when it comes to its commitments. While Joe Biden has tried to re-invigorate the climate action intensity and expected the placation to have a positive impact on the commitments by CCP, Xi Jinping has thrown Biden’s climate goals in the bin.

Xi stressed the importance of sound environmental policies for sustainability, social equality and justice while speaking from Beijing. “We should protect nature and conserve the environment in the same way as we protect our eyes,” he said, emphasising the importance of developed countries to global development. “We must be dedicated to a people-centered strategy.” In China’s current five-year plan, the president also promised to “strictly monitor” coal-fired power plants and “phase it down” over the next five years. These and other Chinese actions, he added, “require extraordinary hard efforts from China,” including efforts to develop a green Belt and Road Initiative, China’s flagship infrastructure programme.

However, in all these flowery sentences, one thing remained constant and that is China standing on its prior commitments and not increasing its intent to further strengthen its green measures by using the age-old shield of being a developing nation. Last year, Beijing announced that it aimed to reach peak carbon dioxide emissions by 2030 and net zero emissions by 2060, targets Xi repeated on Thursday.

While Joe Biden announced ambitious targets for the US, pledging to cut greenhouse gas emissions by 50-52% below its 2005 emissions levels by 2030 and the European Union, Canada and Japan also announced their new targets. Xi Jinping underwhelmed everyone, and only reaffirmed his pledge from last summer, vowing to peak emissions by 2030 and eventually achieve carbon neutrality by 2060 (In a way transferring the responsibility to the next generation).

Biden administration is ready to sacrifice Taiwan to not antagonize China, its latest statement proves that