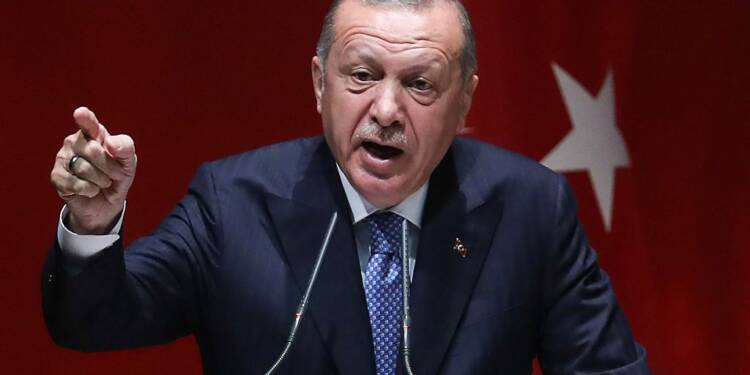 President Recep Tayyip Erdogan of Turkey convened a meeting with other Muslim leaders to address the Israel-Palestine dispute and urged them to oppose Israel. He met with the rulers of Qatar and Malaysia, according to sources, and vowed to take concrete action against Israel. He talked with Sheikh Tamim bin Hamad Al Thani, Qatar’s emir, and Malaysia’s King Abdullah Sultan Ahmad Shah.

Erdogan’s pace at which he shifted Turkey’s foreign policy goals is commendable. He toned down his hostile tone, de-escalated tensions with Greece, and began negotiating with Arab countries, toeing the US line on Iran. Following Joe Biden’s election as US President, certain improvements in the Turkish leader became apparent. During his campaign, Biden said that he would react to Erdogan’s conduct.

The Turkish president has talked to Palestinian President Mahmoud Abbas and Hamas leader Ismail Haniyeh, who have both strongly condemned Israel’s conduct against Palestinians at the Al-Aqsa Mosque compound during the fasting month of Ramadan.

Turkey is reportedly trying to mend fences with Israel, which has sparked the current round of fighting. After the US relocated its embassy from Tel Aviv to Jerusalem in 2018, the two countries removed their ambassadors, prompting widespread Palestinian protests. Thousands of demonstrators marched to Israel’s embassy in Ankara and consulate in Istanbul late Monday to demonstrate against Israel, despite Turkey’s COVID-19 restrictions.

Erdogan had allegedly tried to escalate the conflict by promising the Palestinian Authority and the Islamic fundamentalist group Hamas that Turkey would support the Muslim world in its efforts to “stop Israel’s terrorism and occupation.”

On Tuesday, the Israeli military claims to have killed a top leader of the Islamic Jihad militant group in Gaza. It named the militant Samih al-Mamluk, the leader of the Islamic Jihad’s rocket squad. Other senior militants in the group were also killed, according to the military. Imran Khan, Pakistan’s prime minister, has also condemned Israel’s use of force against Palestinians at the Al-Aqsa Mosque compound during Ramadan. Khan said on Tuesday that he had asked his foreign minister to speak with his Turkish and Saudi counterparts to discuss how they should react jointly.

We can say the shift was commendable because Erdogan is the same person who has been trying to destabilise the MENA zone (the Middle East and North Africa). He was attempting to resurrect the Ottoman Caliphate and ascend to the position of the Caliph himself. However, the establishment of a united front through the Abraham Accords, the United States and European Union’s stern stances, as well as diplomatic defeats at the hands of Putin, caused Erdogan to backtrack.

Erdogan also sees Turkey and Muslims as victims, which fuels his desire to triumph over an incident that occurred over a thousand years ago. Erdogan’s plan to incite a rivalry based on a historic incident thousands of years ago demonstrates that he is still trapped in a period when violent wars based on religious sentiments were the norm, and he has encapsulated himself in it.

Furthermore, Erdogan’s conversion of major churches such as the Hagia Sophia Cathedral and the Church of the Holy Saviour in Chora, which had operated as museums for decades, demonstrates Erdogan’s contempt for Christian beliefs. These are only the most notable; there are others as well.

Now with the latest heightened conflict between Israel and Palestine, Erdogan has once again unveiled his warmongering, Jew-hating attributes for which he is known for. Erdogan is a sentimental tyrant who cannot comprehend Turkey’s decline and wishes to return the country to its Ottoman Empire heyday. Turkey’s ties with its neighbours, as well as with Europe, have deteriorated as a result of this. He has chosen his battles based on ideological and civilizational differences. However, his policies against Europe represent a disdain for the Christian world; as a leader in the twenty-first century, he has refused to respect even the most basic Christian ideals or any other concepts that encompass secularism.