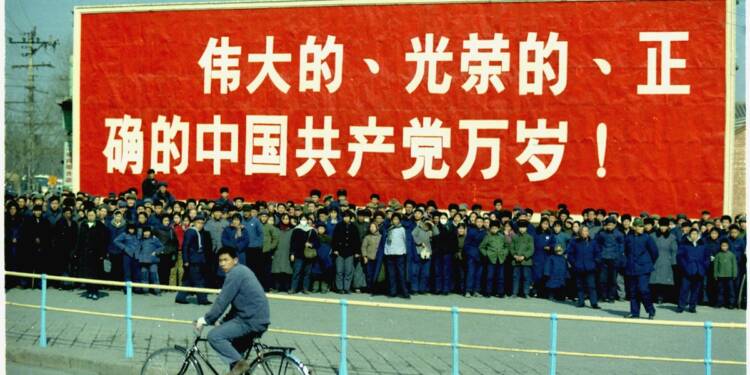 The Chinese Communist Party of today is not even the ghost of the revolutionary CCP of the Mao era, and while they still keep up the facade of portraying themselves as the party of the proletariat and the working class, in reality, it has become the party of elites which no longer even maintains the numerical majority of the working class and blue collar workers. This is evident by the fact that, among the total number of CCP membership holders, the percentage representation of blue collar workers has come down below the percentage representation of the white collar workers, and this has happened for the first time in the history of Communist China.

The white collar workers’ representation is at 32.7% and the blue collar workers’ representation is at 32.1%. Being a socialist country and exclaiming yourself to be one, comes with some constants. One thing that is expected from a communist country is its commitment to the working class and the social contract under which the Party is run as a representative of the working class and the proletariat. However, since the accession of Xi Jinping and from some time prior, the Chinese Communist Party has shifted from focusing on and working for the proletariat and has become more and more obsessed with a capital focused authoritarianism.

The CCP was formed in 1921 with the assistance of the Communist Party of the Soviet Union. And as a result since 1949, it has imbibed within itself all the characteristics of a Communist state and the addition was Mao’s emphasis on peasants in addition to the workers and proletariat. However, the transition to a capital based authoritarian state has been in the making which has been concretised under the auspices of Xi Jinping. The policies have been followed by decreasing representation of the actual workers and lower strata of the working class as well as the peasants.

In addition to this, the first signs of a civil disobedience movement seem to have arrived, and the Chinese youth are expectedly leading the mission to teach the CCP a lesson. As of now, their movement does not involve physical demonstrations and use of force against Chinese authorities, but it might get there too. Currently, the Chinese youth are doing nothing – and that is making the CCP very nervous.

But that is what their protest presently is all about – doing nothing. It is part of a civil disobedience movement against the CCP, which is meant to cripple China in the near future. For any country to flourish in the 21st century, it must be free as a prerequisite. Additionally, its citizens must have the liberty of thinking, speaking and acting freely. Entrepreneurs and innovators cannot be born in an atmosphere of subversion, much less thrive in an environment of fear. The Chinese youth – now increasingly getting comprised of millennials, are joining a campaign called “Lying Down”.

Read more: Chinese people have launched a ‘do nothing’ movement against the CCP and it’s crippling China

In addition to this, many of the southern provinces too are showing their discontent with the CCP regime. The southern provinces of China have for long borne the brunt of CCP’s unfair policies – at the behest of which the livelihoods of people living in the region are regularly imperilled. China’s southern province of Guangdong, for instance, will continue to restrict electricity usage in its 17 cities until the end of this year due to a continuous shortage of energy supply. The affected cities include the provincial capital of Guangzhou and other major industrial counties including Foshan, Dongguan and Huizhou.

These developments combined with the fact that the CCP is moving away from its core belief and, in the coming time, may see a mass de-recognition from the blue collar workers who have for the longest time made the backbone of the CCP’s legitimacy. For the first time in the history of CCP, it is no longer the vanguard of the working class.