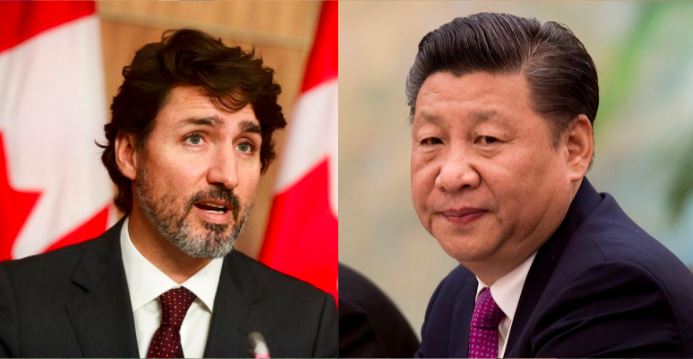 Only a few months ago, Canadian Prime Minister Justin Trudeau was a weak link in the free world’s battle against Chinese hegemony, but now he is turning increasingly anti-China. Canada is today more active in the South China Sea in a clear pushback against Chinese belligerence. Moreover, during the recent G7 summit in Cornwall, UK, Trudeau took a surprisingly tough stance against China.

So, what has caused a remarkable shift in Trudeau’s China policy? To be honest, the Canadian Prime Minister must have witnessed the fate of pro-China heads. We are talking about leaders like South Korean President Moon Jae-in, Philippines President Rodrigo Duterte and New Zealand’s Prime Minister Jacinda Ardern, who faced significant internal opposition or painful international isolation for going soft on China. Trudeau doesn’t want a similar downfall in Canada or isolation in the free world.

As a part of Trudeau’s newfound resolve to contain China, the Royal Canadian Navy (RCN) has been getting pretty active in the South China Sea. It has transited the Taiwan Strait and the South China Sea several times, without much regard for Beijing’s objections.

At a diplomatic level also, Trudeau pushed back against China during the recent G7 summit. Reuters quoted a source as saying, “Trudeau’s message today was that we really need to work to build a consensus on a unified approach to the challenges that China presents all of us.” As per the source, Trudeau also said, “We have to show solidarity as a group and show action as a group as well.”

Trudeau’s sudden pushback against Beining is based on a clear realisation. The Canadian Prime Minister understands that if he panders to China, it will turn the paper dragon even more belligerent in its dealings with Ottawa. Ultimately, going soft on China will isolate Trudeau, both internally and externally.

Trudeau feels that Canada could go to the polls this year itself if the opposition parties join hands to bring down his minority government. In any case, Canada will go to the polls in 2023, and Trudeau wouldn’t want to look like a spineless leader when he contests the next polls.

Also, there is a lot of domestic pressure on Trudeau. Conservatives in Canada are looking to make China an election issue. Opposition leader Erin O’Toole even pressed Trudeau to take a stand against China during the G7 summit, which led to the Canadian PM calling for concerted action against Beijing. O’Toole also wants Trudeau to demand that the 2022 Winter Olympics be moved from Beijing.

And then, Trudeau must have witnessed how international isolation over the China issue can carry serious consequences. In the case of the Philippines, President Rodrigo Duterte’s flip flops between China and the US led to the Middle Kingdom parking its vessels in the Whitsun Reef – a disputed feature between Manila and Beijing in the South China Sea.

Canada itself has a strategic goal of keeping its sovereignty in the Arctic region intact, at a time when Beijing has been trying to take control of the resource-rich region which will open up for shipping and exploration, due to global warming and thinning polar ice cap. This compels the Trudeau government to get involved in the South China Sea region and deter any Chinese aggression against Canada in the Arctic.

Also, Canada has to keep its trade and investment interests secure. Just imagine if Canada gets internationally isolated. In such a scenario, Canada won’t find a market for the vast amounts of oil produced in Canada’s Alberta, in which case Ottawa might get completely dependent on the Chinese market for oil sales. As such, it is not in Canada’s interest to get vulnerable at paper dragon’s tendency to weaponise trade ties.

Trudeau is gradually understanding the way things are going. Going soft on China is bad diplomacy in the present context. Even New Zealand’s Prime Minister Jacinda Ardern, who used to be one of the few democratic leaders to do China’s bidding, ultimately collaborated with Australia in a joint show of opposition against Chinese authoritarianism.

With even Jacinda pushing back against China, Trudeau would have realised how a soft China policy would have left Canada isolated in the free world. So, he pushed back even harder against the paper dragon during the recent three-day G7 summit and this pattern is more or less likely to continue.