Coup against VP Harris: Progressive Democrats have destroyed Kamala’s border visit even before it began 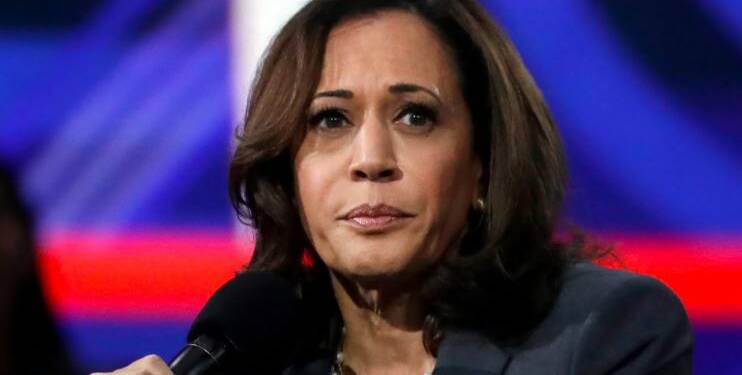 Two top staffers to Vice President Kamala Harris have reportedly declared their plans to quit in the coming weeks as she prepares for her first trip to the US-Mexico border since being nominated to investigate the situation. According to The New York Times, the director and deputy director of advance, Karly Satkowiakand and Gabrielle DeFranceschi, are in charge of managing travel and preparing selected sites for the Vice President. The Vice President reportedly also has a shortage of travel staff.

Harris was not even prepared to go the border but now that she is, all thanks to Trump, two of her travel aides have planned to leave the administration. The progressive Democrats have been hounding the US administration to allow more immigrants despite Biden previously only allowing immigrants as decreed by Donald Trump, but then he had to increase the quota due to scathing criticism.

Following the much-anticipated border visit, which the White House announced following months of Republican opposition, Kamala Harris has several other key visits planned for the summer. The exits were apparently planned, and the ladies were finding replacements, according to a spokeswoman for the Vice President.

The government has issued a wide appeal for unpaid “advance associates” to assist Kamala Harris and her husband, second gentleman Douglas Emhoff, with various elements of travel. “We aim to onboard a critical mass of talented logistical experts,” an email from the White House sent to current and former employees said, according to The Times.

The immigration crisis has taken a toll on the border states. Allowing illegals through the border has increased drugs, crime and violence in these states. The border policy has been a keen election agenda of Biden’s presidential campaign but it was the hold of the progressive Democrats over the US administration that has led to this massive crisis.

When Kamala Harris goes to the border she will actually see the bad conditions that the border states are in and it might lead to a change in government policy, but the progressive Democrats like Alexandria Ocasio-Cortez and Ilhan Omar do not wish to take that chance and are purposely sabotaging and delaying the Vice President’s visit as much as they can. AOC also warned the administration a few days back regarding its immigration policies.

Moreover, it seems like the Biden administration is setting up Kamala to fail on the border issue. It is a crucial agenda for the far left and an important election promise and if Kamala Harris botches it up, her chances for running the 2024 Presidential election would fall sharply.

Harris will go to the Southern US border 92 days after being selected to head diplomatic efforts to halt the continuing migrant surge. And, to be sure, if it hadn’t been for former President Donald Trump’s choice to visit the Southern border and experience firsthand the destruction created by Biden and Harris’ leftist policies, Harris would not have bothered to go to the border, she is meant to manage.

GOP officials, such as Arizona Attorney General Mark Brnovich, have pleaded with Harris to travel and observe the migrant situation in his state’s sector of the US border. Despite being tasked with resolving the issue, Vice President Kamala Harris did not bother to travel and witness for herself what people were going through on the Southern US border.

Post Trump, China has driven North Korea to starvation to ensure that it becomes a Chinese client state again