China meddled in the 2016 Philippine elections 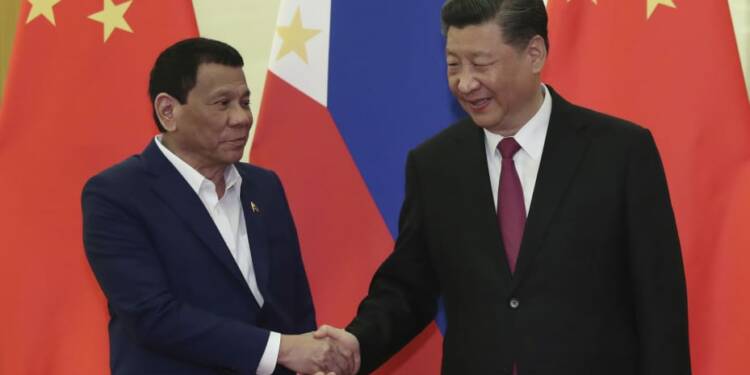 The Philippines Former Foreign Affairs Secretary Albert Del Rosario claimed that Chinese officials boasted about their ability to influence the outcome of the 2016 Philippine elections, which put President Rodrigo Duterte in power. However, the former top diplomat did not name his source. He did say, however, that the information came from the “most reliable international entity.”

“On Feb. 22, 2019, we received information from a most reliable international entity that high officials from China are bragging that they had been able to influence the 2016 Philippine elections so that Rodrigo Duterte would be president,” Del Rosario said at a forum on Monday (July 12) “We believe that our Beijing post can easily validate this,” Del Rosario said.

“As early as May 15, 2018, our President proudly declared in Casiguran Bay in Aurora that Chinese President Xi Jinping has sworn to protect him from moves that will result in his removal from office,” Del Rosario said.

Duterte “professed his undying love for the Chinese President” in Davao, before leaving for China to attend the 2018 Boao Forum for Asia.

China’s false nine-dash line claim in the South China Sea was rejected by an arbitral court in The Hague in 2016. The Philippines are the sole owners of the West Philippine Sea. Rodrigo Duterte, who came to power shortly after the court decision, has refused to enforce the ruling in exchange for Chinese loans and investments that have yet to materialise four years into his presidency. Later, Rodrigo Duterte referred to the ruling as a worthless scrap of paper that he would toss in the trash can.

The former ambassador cited examples of Rodrigo Duterte allegedly betraying his country’s loyalty, such as his administration’s policies in the West Philippine Sea.

According to a list compiled by retired Senior Associate Justice Antonio Carpio, these policies include:

According to Del Rosario, another statement by Rodrigo Duterte that could be seen as a way for him to avoid accountability was when he said in 2017 that only two of his five statements were true and that the rest should not be taken seriously.

“We can say that there are two out of several of President Rodrigo Duterte’s statements that have turned out to be true: first, that he is inutil in protecting the West Philippine Sea; and second that he ‘simply loves Xi Jinping,’” Del Rosario said.

Duterte’s election campaign during the 2016 elections had been full of anti-China rhetoric. However, Beijing knew that Duterte would not remain anti-China for long and thus it banked on him. And true to Chinese beliefs Rodrigo Duterte’s policies on China to protect the sovereignty of the Philippines has been soft during his tenure.

With a distinct division between his campaign rhetoric and his governing policies in relation to China, Rodrigo Duterte’s party is all set to lose elections as the President’s approval rating is at an all-time low.

As China cracks down on its Tech Sector, Investors bank big on India