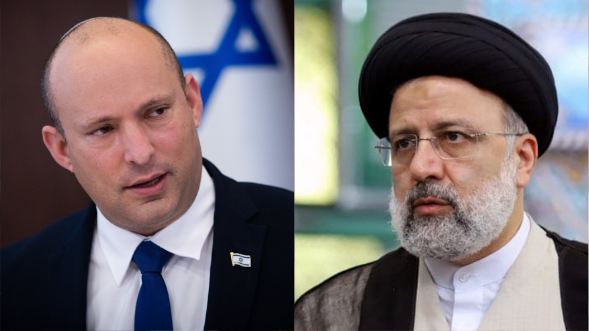 The Israel Defense Forces (IDF) have put forward a request to the Israel government asking for a major defense budget hike whose sole intention would be to neutralise Iran’s capability to produce nuclear weapons. Israel has realised that when it comes to Iran and its mad drive to get hold of nuclear weapons, the West will not do much to stop the same. As such, Israel has taken upon itself the task of derailing the Shi’ite nation’s military nuclear programme. Now, as Iran and the West remain huddled up in Vienna over talks to revive the Joint Comprehensive Plan of Action of 2015, popularly known as the Iran Nuclear Deal, the IDF is in no mood to sit idle and spectate mutely.

Iran is an existential threat to the Jewish state of Israel. Now, according to a Times of Israel report, the Israel Defense Forces is reportedly asking for a major defense budget hike worth billions of shekels so that it can properly prepare for a potential attack against Iran’s nuclear programme. The Kan public broadcaster reported on Wednesday that the request was made during preliminary discussions on the budget that the new Israeli government, led by Prime Minister Naftali Bennet will seek to pass in the coming months.

The report added that in recent discussions between Israeli and American leaders, Israel’s “freedom of action” in the face of the Iranian nuclear threat has been stressed. The Israel Defense Forces was thus said to be seeking sufficient major defense budget hike “in order to boost and preserve its Iran strike capabilities.” On Wednesday, meanwhile, Defense Minister Benny Gantz called for Israel to step up its preparations for the possibility of Iran obtaining a nuclear weapon.

Gantz said, “Against the greatest threat — Iran arming itself with a nuclear weapon — we have no choice but to expand our force build-up, to continue to rely on our human capital and to adapt our capabilities and our plans.” The Israeli defense minister called for the government to allow the country’s security services to “maintain military superiority, which ensures our secure existence and advances peace.”

Israel specialises in covert, clandestine and special operations. Not just in the Middle East, such operations are considered around the world as the best. MOSSAD – the Jewish nation’s intelligence agency is credited to be a lethal force from which the country’s enemies cannot escape. Iran knows firsthand how Israel can really derail its nuclear programme if it so wishes. The cue for Israel to strike Iran would really be a red line which Tehran has no clue exists. Thus, when the massive offensive against Iran does come, the Islamists in Tehran would not know what hit them.

Meanwhile, Israel’s armed forces have already put their extraordinary capabilities on display during the 11-day Israel-Hamas war. The kind of armoury which Israel possesses, the sophisticated technologies it harbours, and the commitment of the IDF and all other security agencies of the country to protect their homeland is what makes the Jewish nation a force which should not be messed with.

Iran ought to be very worried

The major defense budget hike requested by the Israel Defense Forces will most certainly be cleared by the government. What will then emerge would be an even more lethal Israel, which would have all capabilities to neutralise its enemies and their devious designs. So, Iran ought to be very worried.

We at TFI had explained in May itself why Iran should not rejoice the exit of Benjamin Netanyahu from the Israeli Prime Minister’s office. We had told you the Shi’ite nation is in for a big surprise – as Israel’s onslaught on Iranian nuclear ambitions and operations will continue till the moment Tehran does not abandon its nuclear programme completely. Mossad is a formidable and largely autonomous agency driven by an unmatched zeal to protect Jews and their historic homeland. It is an empowered agency, which has not shied away from defying the tallest political leaders of Israel in the past. The IDF is no different.

In the past few months, Israel has struck Iran and its strategic assets multiple times. Not very long ago, Israel attacked an Iranian shipping vessel with its mines, and it was then discovered that the ship was weaponised and mostly used by the Iranian Revolutionary Guard Corps. Then came the attack on the Natanz nuclear facility, where the new and advanced centrifuges installed by Iran started operating just hours before a blackout and electrical fault struck the site, taking Iran’s nuclear programme back by at least nine months.

Last year, in a huge setback to Tehran’s nuclear programme, Mossad reportedly assassinated Iran’s chief nuclear scientist Mohsen Fakhrizadeh. Earlier in May, meanwhile, a massive fire broke out in Iran’s southwestern city of Bushehr near the Islamic Republic’s only functioning nuclear power plant. According to Iran, Israel was also behind the June 23 attack on a building in Karaj belonging to Iran’s Atomic Energy Organization. The hit site was most certainly one of Iran’s centrifuge manufacturing plants, which is a huge blow for the Islamic Republic’s nuclear weapons uranium enrichment programme.

With the massive hike in the country’s major defense budget, Israel will relentlessly attack Iran’s nuclear sites, and might even launch an all-out attack against the Shi’ite nation while it still does not harbour nuclear weapons.