Two decades of nothing. Afghanistan is America’s worst defeat ever 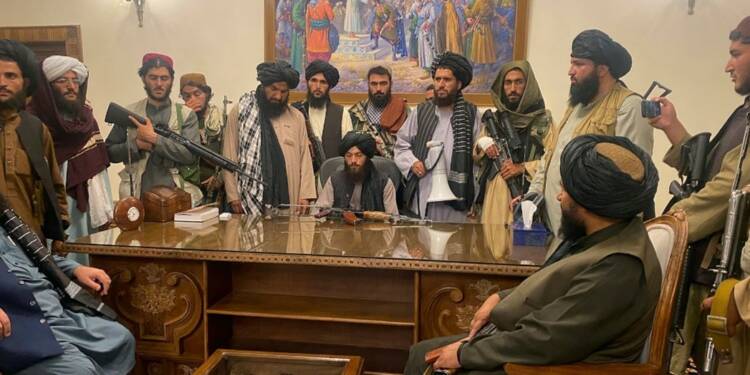 Let’s not sugar-coat the reality. Let’s not lie to ourselves. The chaos which is unfolding in Afghanistan today is the output of the Biden administration’s mindlessness. Portraits of women are being covered in Afghanistan. Art and culture are being purged. Entertainment venues destroyed; Afghanistan now braces for the imposition of Sharia law in its most brutal form. Women are being sacked from jobs. People are being openly executed. Human rights violations are at an all-time high. Amidst all this, the Biden administration wants you to believe that America won the Afghanistan war. That is a lie. The U.S. has faced its worst and most embarrassing defeat in Afghanistan.

It was Saigon then. After waging a 19-year long war against the Vietnamese Communists, the United States decided to withdraw. Two years after the withdrawal of American troops, Saigon – now known as Ho Chi Minh city was taken over by the Communists, and the United States was left befuddled. It desperately scrambled to evacuate American citizens from the country in 1975. Not much has changed ever since. Joe Biden’s disastrous, ill-planned and hasty withdrawal from Afghanistan is forcing a repeat of Saigon and the horrors of Vietnam. Once again, Americans are desperately trying to leave Afghanistan, as the U.S. tries to fit in all of its citizens like cattle in a humungous aircraft.

The United States, in the past 20 years, has spent $3 trillion on Afghanistan. 241,000 people have been killed in the Afghan war. 2,442 U.S. soldiers have lost their lives. More than 20,000 U.S. soldiers have been wounded. An additional $90 billion was spent trying to prepare the Afghan forces for battle against the Taliban. Today, all sacrifices made by American soldiers and all of American tax money spent on Afghanistan has gone down the drain. It has amounted to absolutely nothing. Zilch.

The American embassy in Afghanistan has been shut down. Such desperate scenes would not have panned out, had the Biden administration thought the U.S.’ withdrawal from Afghanistan through. It did not, and today, the United States is facing global ridicule for leaving a war-torn country in the hands of Islamist extremists – who will take Afghanistan back to the horrifying times of their earlier rule. In 2001, the Taliban was ousted from power by U.S. troops. Afghans breathed a sigh of relief. 20 years later, Afghanistan has reverted to square one.

Kabul has fallen. The Taliban have taken control of Afghanistan. Photos from the Presidential Palace in Afghanistan show Talibani savages in their medieval outfits, reciting the Quran while being armed with guns. Afghanistan’s civilian government, led by President Ashraf Ghani and Vice President Amrullah Saleh has fled the country. They would not have been forced to flee, had the Biden administration not made wrecking Afghanistan a priority.

Make no mistake, the U.S. had to withdraw from Afghanistan eventually. It was known to all, and they had the right to do so. The U.S. cannot and should not fight the wars of other countries. However, after having waged a 20-year long war against the Taliban, the least that the Biden administration should have done is ensured that the organisation does not rise back to power days after the withdrawal of U.S. troops. The Taliban is back in Kabul, and Joe Biden’s disastrous withdrawal policy is squarely to be blamed for it. The joke doing the rounds in India is that Kamala Harris would now truly be telling the U.S. President, “We did it, Joe!”

2021: Leave without a plan, hand Afg back to Taliban

During the 20 years of a civilian government in Afghanistan, literacy rates for Afghans increased to 43 per cent. From close to no literacy during the reign of the Taliban, the civilian government helped raise the women literacy rate to 29.81 per cent in 2018. Despite investing gigantic amounts of money and resources in Afghanistan, the U.S. has not been able to stop the Taliban from running over Kabul.

#WATCH | "Biden you betrayed us, Biden you are responsible," chanted Afghan nationals outside the White House against the US President after Afghanistan's capital Kabul fell to the Taliban pic.twitter.com/giMjt2grNW

The worst part is that Joe Biden and his administration gave close to no heads up to the Afghan people and government to prepare for an American withdrawal. They were left to fend for themselves, and now, thousands have descended upon the Kabul airport to somehow flee the country as it falls to the Taliban. The Biden administration has torn apart Afghanistan and helped the Taliban rise to power. It should be ashamed of itself for doing so.

Rush for the last flight at Kabul Airport. pic.twitter.com/Z6M26uhPeQ

During the Soviet invasion of Afghanistan in the 1980s, the United States had given birth to the Taliban. In order to counter Soviet influence over Afghanistan, Washington weaponised the country’s Islamist warlords, who went through several phases of groupings before eventually metamorphosising into the dreaded Taliban – which publicly executes people, molests women, oversees the imposition of Sharia law in its cruellest form and takes Afghanistan back by centuries.

What the U.S. gave rise to in Afghanistan was a snake, which came to bite Washington’s hands once it grew too powerful. The U.S. invaded Afghanistan after the 9/11 attacks and dislodged Taliban from power. 20 years later, the Taliban should have been reduced to a mere memory, and a relic of the past. However, the Islamist organisation is stronger than it has ever been. And it has once again taken control of Afghanistan. The U.S. has failed miserably in the country.

Of course, Pakistan – a country which the U.S. trusted for too long as a partner which was helping Washington fight the Taliban, ended up double-crossing it. Former President Donald Trump ceased all aid to Pakistan for its dirty games against American interests in Afghanistan. That policy – if continued by Joe Biden, would have weakened the Taliban. Pakistan is the patron of the extremist organisation. Weakening Pakistan would have directly impacted the Taliban.

Joe Biden has four years in office. Why the man was in such a dying hurry to evacuate from Afghanistan gives us a complete miss. Within his first year in office, Joe Biden has given rise to a disaster. The Taliban has become a regional threat now, and the Biden administration’s callousness is to be blamed for the same. Joe Biden has ensured that Afghanistan becomes a breeding ground for attacks against America. Biden has ended up giving rise to a force that has the power and resources to conduct yet another 9/11. The United States, under Joe Biden, has miserably failed to achieve its objectives in Afghanistan. The U.S. has lost the Afghanistan war.

With his Taliban speech, Biden has given the 2022 elections to Trump on a golden platter