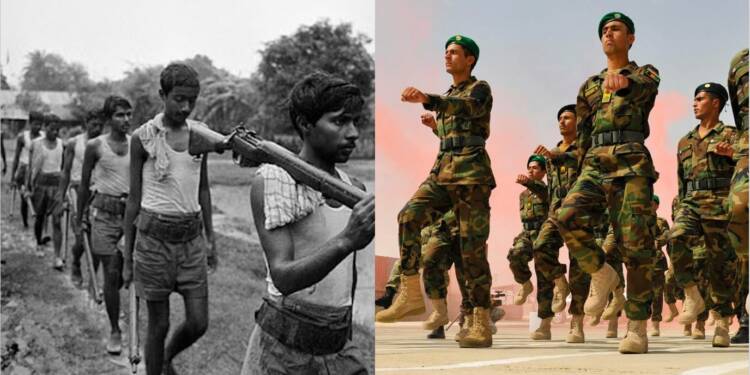 The US stayed in Afghanistan for 20 years, spent almost a whopping $83 billion on training and equipping the Afghanistan National Defence and Security Forces (ANDSF), including around $10 billion in aircrafts and vehicles. Yet, when it came down to the wire, the Afghan security forces simply collapsed and gave way to the Taliban, an insurgent group armed with nothing but average Kalashnikovs.

America’s failure to create an Army strong enough to resist a network of terror groups could soon become a lesson in military tactics and warfare. We even have a 50-year-old example in the form of the Bangladesh Liberation War in order to make a comparison. At that time, Indian security forces and intelligence had trained the Mukti Bahini, a body of Bangladeshi freedom fighters who literally overthrew the Pakistan Army in erstwhile East Pakistan and gave birth to an independent Bangladesh.

So, the US stayed in Afghanistan for 20 years and couldn’t create a security force strong enough to resist the Taliban, whereas India created a freedom organisation in a few months way back in 1971 which defeated the Pakistan Army in a glorious manner. Also, India didn’t have the kind of military technology at its disposal as the US did.

One would wonder why the US-trained Afghan security forces failed in 2021, while the India-trained Mukti Bahini succeeded in 1971. Well, the first reason has to be a lack of belief and leadership. India understood Bangladesh in a much better way, as compared to America’s understanding of Afghanistan.

India believed that the Mukti Bahini could liberate Bangladesh. So, it succeeded. On the other hand, the US simply never believed in Afghans. Even after the Afghan security forces folded in face of a Taliban offensive, US President Joe Biden said, “We spent over a trillion dollars. We gave the Afghans every chance. But we couldn’t provide them the will to fight for their future.” What the US probably didn’t consider is that throwing Dollars at allies doesn’t work. You have to infuse belief and tell them that they can win their war. This is exactly what India did in 1971. India’s external intelligence agency, the Research & Analysis Wing (R&AW) and its sister organisations- the erstwhile Special Services Bureau (SSB) and the Special Frontier Force (SFF) were formed in the 1960s. R&AW itself was raised in 1968. Yet, in 1971, they spearheaded a challenging task of covertly raising the Mukti Bahini.

What you must understand is that India was able to train and equip a group of tormented civilians into a military force. India relied on the sentiment arising out of the Pakistan Army’s Operation Searchlight- a two-month-long genocide consisting of State-sponsored massacres and rapes. India believed that Mukti Bahini has the will to fight for its people, whereas the US never trusted the capabilities of the Afghan forces.

Moreover, India knew what the Mukti Bahini needed. Therefore, it was raised as a guerrilla resistance movement. The Bangladeshi freedom fighters weren’t forced to adopt the standards of the Indian defence forces, rather they were trained in guerrilla warfare only. This turned out to be a cost-effective and highly successful strategy.

On the other hand, the US strategists missed a trick by not paying much attention to the terrain and other local factors in Afghanistan. The US simply didn’t tap into the benefit of local awareness which the Afghan soldiers would have possessed. This is what happens when you don’t treat your allies as equal partners.

The US simply didn’t let the Afghan army come out of the gigantic shadow of American military forces. The US military tried to create a mirror image by forcing the Afghan forces to adopt a Western-styled Army comprising a centralized command and a national hierarchy. There was simply no urge to adjust and meet the challenges posed by insurgent attacks and asymmetric warfare.

Bill Roggio, a senior fellow at the Foundation for Defence of Democracies said, “We thought things like Humvees and tanks and artillery pieces and helicopters made it strong.” So, if Afghan military personnel didn’t have the will to fight, it was because the US didn’t raise any localized units tasked with defending their homes from the evil organisation called the Taliban. Roggio explained, “Are you going to expect people from the North to go fight and die in Helmand? Or Kandahar?”

And this is exactly what distinguishes India’s 1971 effort in Bangladesh from America’s 20-year effort in Afghanistan. What India gave Mukti Bahini was trust, faith, confidence, and an inspiration to fight for its own people against the Pakistan Army. On the other hand, what the US gave the Afghan Army was equipment, weapons, and vehicles but no will or confidence to fight.