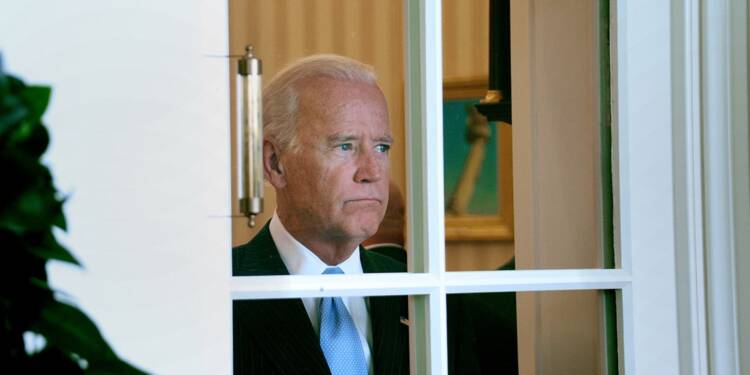 The United States, under Joe Biden’s disastrous presidency, has become a subject of global shame and ridicule. Due to Biden’s desperate evacuation cum surrender to the Taliban campaign in Afghanistan, the United States’ allies have grown wary, and are no longer very sure whether Washington would be able to help them in their times of crisis. A major fallout of the Biden administration’s catastrophic handling of the Afghanistan withdrawal will be seen in the Indo Pacific – where China will be emboldened to pursue its devilish designs with greater vigour, while the U.S. flounders around to save whatever little respect it still commands in the world.

In the Indo Pacific, Joe Biden is set to face some serious setbacks. As a result, the U.S.’ overall stature in the region will fall. The most immediate consequence of Biden’s mishandling of Afghanistan has already come in the form of Japan beginning a discussion on its over reliance on America in pure security and strategic terms. Japan is a Quad member, and for it to lose trust in the United States is a scathing indictment of Joe Biden’s inept leadership. Additionally, Japan is one of the USA’s most trusted, close and strategic allies. Yet, it is beginning to have second thoughts about America’s ability to protect it, especially under Joe Biden’s leadership.

Japan is not alone in becoming uncomfortable with the Biden administration’s abject surrender to the Taliban, and subsequent pleading with the violent extremist organisation to spare the lives of American citizens, which the inefficient president, for reasons best known to him, put in jeopardy by withdrawing the troops first. India shares the closest link with Afghanistan. New Delhi is no friends with the Taliban because Pakistan – India’s arch nemesis has practically funded and facilitated the Taliban’s rise to power. Furthermore, a trilateral between China, Pakistan and a Taliban-ruled Afghanistan is developing, posing a severe challenge to India’s interests and security.

A Taliban regime in Afghanistan, aided by Pakistan and China could spell trouble for India, especially in Kashmir. Afghanistan could well become a net exporter of terror along with Pakistan, while both get funded by China. Terror activities across Asia, and even the world will witness a spurt. For India, the Taliban, along with Pakistan will become a headache in Kashmir, although New Delhi is well prepared to handle any number of contingencies in the valley.

The U.S. should have stood shoulder to shoulder by its allies in the Indo Pacific. However, under Joe Biden, the leader of the free world order has lost the Indo Pacific already. The Biden administration cannot be trusted by allies. They are all on their own, and this will pose some severe challenges for the Quad. It must be remembered that the U.S. is part of the Quad only as a superpower which is perceived as a net security provider in the Indo Pacific. Apart from that, the U.S. is also looking to contain China. The Quad was supposed to contain China too, as a strong anti-Communist bloc. India, Japan, Australia and the U.S. were together looking to challenge China.

Read more: What the world will look like in ten years if China-Pakistan-Taliban axis continues to prosper

However, the U.S. losing, or rather, surrendering to a bunch of tribal, radical and gun wielding monkeys in Afghanistan has led to a major image crisis for the most powerful country in the world, with its allies rethinking about referring to it by that title altogether. That is where Joe Biden has brought the United States. If the U.S. had to surrender to the Taliban, American’s allies now fear that there is no guarantee of America not surrendering to China as well, especially under the rule of Democrats – who in any case have an undying love for China and are being dominated by Xi Jinping.

What is there to say that the U.S. will not run away from a conflict with China mid-way, leaving America’s allies like Japan, India, Australia and others in the lurch, as Democrats justify the surrender by saying that it is not “America’s war to fight”?

For the U.S. to leave behind regions far away from its territory in utter chaos is fairly easy. However, what it also leaves behind are allies who stand annoyed. Consider South Asia, for instance. The situation in Afghanistan now threatens India’s security the most, and New Delhi will not view America’s hurried exit from Afghanistan positively. A massive trust deficit has developed between Washington and its allies. The perception now is that the U.S. has lost the plot. If the Taliban could force America to surrender, the Chinese People’s Liberation Army most definitely will.