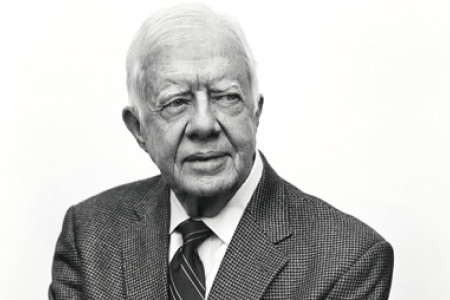 The Indo-Pacific region is expected to clock high growth rates. However, Pakistan is a terrorist regime sponsor and backs terrorism in South Asia. On the other hand, China, a rogue regime, bullies and harasses its neighbours in South, East and Southeast Asia. Islamabad and Beijing are pulling back the regions high growth rate potential.

Interestingly, former US President Jimmy Carter, a Democrat, emboldened both China and Pakistan at around the same time. In late 1978, Carter had announced that as of January 1, 1979, the United States would sever ties with Taiwan and recognise the People’s Republic of China. This was, of course, a blunder on Washington’s part.

With Carter’s decision of recognising the People’s Republic of China, the US ended up dumping a democratic regime in Taiwan and legitimising a Communist dictatorship in Beijing as China’s true representative. Today, Taiwan, a US ally, is facing a lot of aggression from China. However, China has itself has become an authoritarian giant and bullies almost the entire world.

Ultimately, the US and other Western countries embraced a Communist China. After decades of stunning growth, China grew into the second largest economy in the world and today it challenges the “superpower” status of the United States itself.

After Carter severed Washington’s relationship with Taiwan, even the US allies had to abandon the island nation and recognise the Chinese Communist Party (CCP). It was only in the Trump era that the US finally started getting closer to Taiwan all over again.

In the case of Pakistan, newly declassified government documents have revealed that the US State Department knew about Pakistan’s uranium enrichment program using gas centrifuge technology in January 1979 itself. The US also knew about a nascent enrichment facility in Kahuta.

Jimmy Carter, then President of the US was alarmed by Pakistan’s uranium enrichment programme, but he refused to confront Pakistan. Jimmy Carter wanted to make an ally out of Pakistan for two geopolitical goals- countering the Shi’ite nation of Iran and growing Soviet influence in Afghanistan. In fact, the Carted administration made a major miscalculation and thought that while India was a pro-Soviet power in the subcontinent, Pakistan would function as a US ally.

What Jimmy Carter did not understand was the fact that India has always been a reliable democracy, while Pakistan was a rogue, military-ruled regime at the time. Today, New Delhi is one of Washington’s frontline allies, whereas Islamabad has joined hands with Beijing to harm American interests in the region.

In any case, Carter’s decision to avoid opposing Pakistan’s uranium enrichment programme led to the Islamic Republic becoming a nuclear power in 1998. On the back of its nuclear programme, Pakistan had started breeding terrorism since the 1980s itself. India’s Jammu & Kashmir region became the first victim of cross-border terrorism sponsored by Pakistan’s military brass and external intelligence agency, the Inter-Services Intelligence (ISI).

Pakistani terrorism also backfired badly for the United States of America. In 2001, the US decided to launch the ‘war on terror. American troops were deployed in Afghanistan as a part of the US strategy to avenge the 9/11 terror attacks. The Bush administration had then decided to secure Pakistan’s support for sending troops and logistics into the landlocked nation of Afghanistan.

However, the US reliance on Pakistan for pursuing its interests in Afghanistan was a disaster from the very beginning. Jimmy Carter made a mistake by using Pakistan to counterbalance Soviet influence in Afghanistan. Throughout the 20-year war in Afghanistan that started in 2001, the US realised that Islamabad was embezzling American aid and directly or indirectly supporting the Taliban.

By funding the Taliban and other terror outfits out of American money, Islamabad enabled the killings of the US troops on Afghan soil. Today, as the US has to finally exit Afghanistan, Pakistan is openly batting for the Taliban. At the root of all this trouble is Carter’s decision to form an alliance with Pakistan, even at the cost of allowing it to arm itself with a nuclear bomb.

Jimmy Carter is thus the man whose blunder in the last century continues to pull the Indo-Pacific back despite the region’s massive growth potential.