A military coup in the US is unthinkable right? It’s not 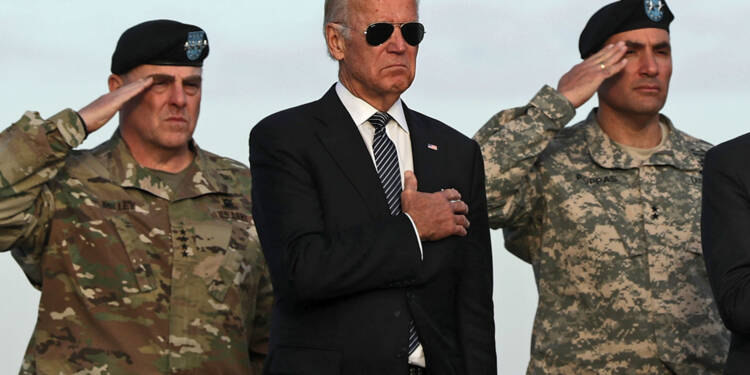 A coup d’etat is not something extraordinary, which happens once in a century in the most disturbed parts of the world. Coups happen all the time and in different ways, not all violent and not all unpopular. Nevertheless, a coup d’etat is unthinkable for the United States. Americans are quite confident that their country will never have to go through such a phase, where the civilian leadership is challenged, and deposed by the military establishment. Coups are generally seen as violent, destructive, haunting and gory. When a country faces a coup, rest assured, its institutions have failed and a major fraction of the population is disillusioned with the civilian government.

Usually, coups are prevented by the civilian leadership pre-emptively. The civilian, democratically-elected government makes sure it does not cross certain very reasonable red lines. If it does, the military establishment gets provoked. Now there can be good coups and bad coups, and what will take place in the United States, in a hypothetical scenario taking into consideration the country’s political and social realities, is probably a good coup. Nonetheless, our limited point is that the United States is not an exception, and it can very well fall prey to a military coup.

A coup in the United States is surely a shocking proposition. But given how the country is progressing under the leadership of Joe Biden, and how it is projected to progress under successive Democrat-led administrations, do you think the possibility that a military coup is on the horizon is entirely surprising? Absolutely not. Americans are just sick of liberal Democrats, controlled by the far-left lobby, turning everything about race. The critical race theory is being pushed around the country like there is no tomorrow, and American society is getting torn apart as a result. Then there is the unending mortification smeared on American soldiers after the disastrous and shameful retreat from Afghanistan.

Human existence in America, according to the critical race theory, is being based on race and ethnicity alone. There is no other factor which matters. And for patriotic Americans, the water is getting just too over the top to handle. The Democrats and their President have crossed too many red lines, and the devastating effects of the same are visible in the American military now. Brave men and women, who are always ready to give their lives for their country, suddenly find themselves being controlled by people who do not have the best interests of America at heart.

After a 20-year long war on Afghanistan, you would have thought the United States and its forces won, right? Well, they did not. The Taliban is back in power. The Islamic State (IS-KP) is growing from strength to strength with every passing day, and the ‘Forever War’ was nothing more than yet another endeavour of the American military-industrial complex to fill its pockets. Yet, even after defeat, the least that the United States, its forces, and Americans at large were expecting was a dignified and non-chaotic ‘withdrawal’ from Afghanistan. Instead, what the entire campaign snowballed into was a desperate evacuation campaign in which 13 American soldiers were killed, hundreds of Afghans were left dead, and innumerable American citizens and dogs remain stranded in the war-torn country still.

The image of the last American soldier exiting Afghanistan should have been heroic. Instead, it screamed defeat, desperation and failure. And that image is now haunting the U.S. military’s ranks. The seeds of dissent have been sown, and in any army, it does not take much time for them to sprout.

Yes, you should. President Joe Biden and his administration have messed up big time, and the worst part is, they refuse to learn from their mistakes and rectify them. Instead, they are engaging in blatant propaganda. Joe Biden, for instance, has called America’s evacuation out of Afghanistan a roaring success which everyone should be proud of. His lackey-like army general called Mark Milley, who also happens to be the country’s Chairman of the Joint Chiefs of Staff, is a ‘woke’ dummy who commands no respect among the military ranks.

In fact, dozens of retired generals and admirals have demanded that defence secretary Lloyd Austin and General Mark Milley step down from their positions for “negligence in performing their duties primarily involving events surrounding the disastrous withdrawal from Afghanistan.”

Evidently, American soldiers and veterans are increasingly losing faith in the country’s leadership, and if matters go from bad to worse, they will not shy away from venting out. But American troops are highly trained, skilled and respect human rights. Unlike in other parts of the world, where things can get really ugly, a military coup in USA does not necessarily have to be nasty.

The Good Coup and The Bad Coup

As stated earlier, there are good coups, and bad coups. Bad coups include those done with the aim of grabbing power in a country, notwithstanding the performance of a civilian, democratically elected government. The people of this country might repose trust in their government, but a nasty, corrupt and power-hungry military apparatus just cannot keep its hands to itself, leading it towards streets with armoured vehicles and tanks, trying to depose the civilian government. Pakistan is a classic case of bad coups haunting it since its very establishment. Pakistan has a fragrant history of coups.

It all started with the coup d’etat in 1958. In 1958, the first Pakistani President Major General Iskander Mirza dismissed the Constituent Assembly of Pakistan and the government of Prime Minister Feroz Khan Noon, appointing army commander-in-chief Gen. Ayub Khan as the Chief martial law administrator. This was followed by the coup led by General Zia-ul-Haq, against the government of then-Prime Minister Zulfikar Ali Bhutto. What happened to the civilian government of Afghanistan prior to the 1996 takeover by the Taliban is also an example of a bad coup.

A good coup can be classified as one which is done with a noble cause, to save a country and its people from a government and leaders who are compromised, corrupt and have some very evil designs. In 2016, the coup which took place in Turkey against President Recep Tayyip Erdogan is an example of a good coup, since the military knew just how rabidly mad their President is. The coup failed, eventually, but Turkey has never really been the same ever since, and the world has realised the absolute maniac that Erdogan is.

Joe Biden as President had given the far-left loonies all the power in the United States. Patriotic Americans are disillusioned. Patriotic soldiers are discontent. Biden’s approval ratings are dipping with every passing day, and Americans have made it clear they do not want Kamala Harris as their President, while also wanting Biden to quit office. 32% of Democrats agreed, according to a recent Rasmussen Reports poll, that Biden should resign over the Afghan debacle. 75% of Republicans want Biden out of office.

So, neither do Americans (including soldiers) want Biden to continue as President now, nor do they want Kamala Harris to succeed him. Therefore, resentment is brewing, while the blood of American patriots is beginning to boil. Notwithstanding the nature, nicety and impact of it, the United States should surely be prepared for a coup.