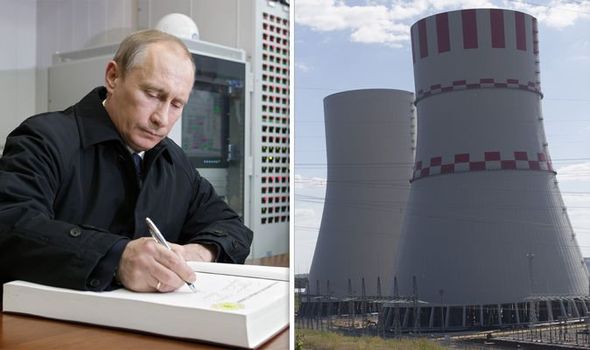 Russia’s energy diplomacy in Africa has been going on for the past two decades. It has made many efforts to help the African Continent overcome its energy deficit.

Rosatom, the world’s biggest nuclear company by foreign orders, has signed similar agreements with Ethiopia, Nigeria and Zambia. Meanwhile, Ghana, Uganda, Sudan and the Democratic Republic of Congo too have transacted with the Russian nuclear energy conglomerate.

Russia is edging out China in nuclear energy diplomacy

Moscow is presently the only player in Africa when it comes to nuclear energy diplomacy. The United States remains reluctant to cooperate in civil nuclear projects because the waste generated by nuclear reactors to generate energy is actually used as raw material for offensive nuclear programmes. At the end of the day, the possibility of an African nation developing offensive nuclear capabilities to secure its national security interests cannot be discounted.

On the other hand, Russia understands that if it doesn’t invest in nuclear energy in an energy-deficient African Continent, China will start investing in it. So, Russia is making a big push for helping Africa fuel its next round of industrialisation with nuclear energy and in this process, China is being edged out of Africa’s massive energy sector.

Russia has traditionally enjoyed a lot of influence in the African Continent. In the Soviet era, Moscow had instigated anti-colonial sentiment in the African Continent by supporting liberation movements to throw out European powers and anti-apartheid struggles. Even during the Cold War, the erstwhile Soviet Union offered security and economic assistance to countries like Ghana, Guinea, Mali, Algeria, Ethiopia, Libya, Angola, Mozambique and Zimbabwe.

After the disintegration of the Soviet Union, Moscow’s influence in Africa waned while China seemed to spread its tentacles in the resource-rich continent. However, Russia is now banking on its traditional influence to revive its presence in Africa. Across Africa, many regimes are turning increasingly pro-Russia. Other countries, where pro-China regimes are in power have witnessed military coups over the recent past often with Russia’s assistance.

Why China must be worried

For China, Russia’s increasing involvement in Africa isn’t really tolerable. China has invested heavily in the African Continent. At a bilateral level, it has made investments in 52 out of the 54 African countries. The paper Dragon also claims 49 African countries have already signed the Belt and Road Memorandums of Understanding (MoU).

In fact, China has signed a Memorandum of Understanding for the Belt and Road Initiative (BRI) with the African Union itself. In fact, over half of the countries to have received BRI loans are located in Africa itself. BRI loans are, of course, predatory in character and form part of China’s plans to steal Africa’s vast resources.

However, with Russia’s increasing influence in Africa, anti-Chinese sentiment is rising. China’s motives have started being questioned in several parts of Africa and in the case of countries like Kenya, there is a major pushback against Belt and Road initiatives.

To add to China’s woes, Russia plans to become the biggest supplier of nuclear energy to energy-deficient regions are bound to make Moscow the single biggest player in the resource-rich continent and rising Russian influence in Africa is evidently coming at Beijing’s expense.