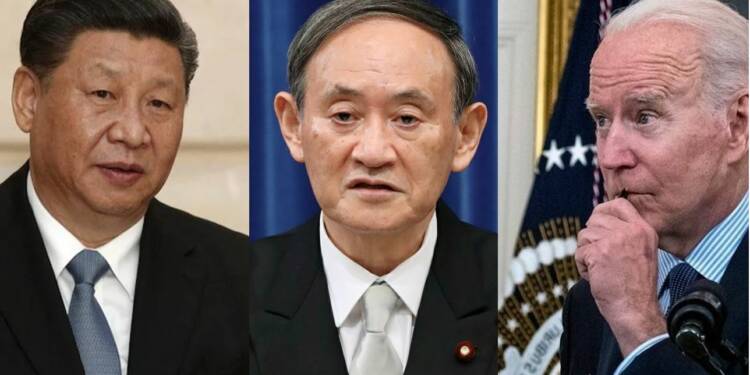 Joe Biden has led the US into multiple escalations and made sure that the influence of Washington depreciates in all those theatres. While the US under Joe Biden has been dealing with the internal squabble about the percentage of testosterone that is acceptable for trans athletes, China is busy defeating the US in the 6G battle even before it starts officially. China is improving its technical talents in sixth-generation communication networks, which might be commercially available as early as 2030. Around 20,000 patent applications for nine fundamental 6G technologies, including communications, quantum technology, base stations, and artificial intelligence, were surveyed by Nikkei and Tokyo-based research firm Cyber Creative Institute.

Due to penalties against Huawei Technologies implemented by the US government under former President Donald Trump in 2019, China’s 6G development was expected to stagnate. But while China has maintained its competitiveness by mobilising state-run firms and universities, the US under Joe Biden seems to have more concerning matters at hand to pay heed to 6G technology. However, as a vigilant neighbour, Japan understood the severity of the issue at hand and is dragging sleepy Joe to take on China in the 6G battles.

Japan moves ahead with 6G taking Sleepy Joe together

Companies in Japan are moving ahead with plans to introduce 6G by the 2030s. Following the April 16 US-Japan summit, it was announced that the two countries will invest US$4.5 billion in the construction of next-generation mobile networks. In June, industry groups from Finland and Japan agreed to collaborate on 6G technology research and development. This will be a collaboration between the University of Tokyo and Japan’s Beyond 5G Promotion Consortium, which includes NTT, NTT Docomo, KDDI, SoftBank, and Rakuten Mobile, as well as Finland’s 6G Flagship, which is led by the University of Oulu.

Softbank, a Japanese mobile provider, unveiled its plans for a future 6G launch on August 23rd. According to Ryuji Wakikawa, Vice President and Head of SoftBank’s Advanced Technology Division, 6G will be 100 times faster than 5G by 2030 and will be “a technology for the 2030s.”

Even after being the unchallenged leader in the field of research and development, the United States came a distant second with 35.2 per cent of 6G patent filings, after China with 40.3 per cent. With 9.9%, Japan came in third, followed by Europe with 8.9% and South Korea with 4.2 per cent. Countries with more patent filings are more likely to be ahead of the curve in terms of innovative technology and have a greater influence over industry standards.

The majority of China’s patent applications are for mobile infrastructure technology. Aerial coverage, such as satellites, and ground base stations for greater radio bands will be required in the 6G future. Huawei, which owned 30% of the world’s base stations in 2020, filed many of the most recent patents. State-owned enterprises such as State Grid Corporation of China and China Aerospace Science and Technology are also major patent holders in China.

Around 2024, the International Telecommunication Union (ITU) and industry groups are likely to start discussing the 6G standardisation. China has a significant voice in the organisation and is expected to have the upper hand in rule-making due to its many related patents. On the other hand, Japan’s Nippon Telegraph & Telephone owns a number of patents related to optical communications and mobile infrastructure networks in metropolitan areas, including data congestion and delay mitigation solutions. And now Japan is pushing sleepy Joe to take on China before it’s too late.