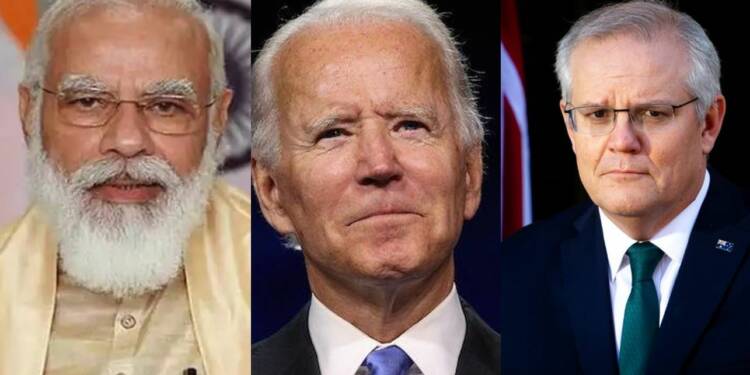 The US and the UK have announced a pact with Australia that will let Canberra build nuclear-powered submarines for the first time, using American technology. Called the AUKUS deal, the submarines pact has already caused deep cracks in the France-US relationship over France’s exclusion from the arrangement. But this is a discussion for another day.

The main issue that one ought to understand is why the US and the UK have chosen Australia over India for the submarines deal. After all, the submarines pact targets China, and it made a lot more strategic and economic sense to partner with India than with Australia when it comes to manufacturing nuclear-powered submarines. Well, there are only two reasons – the Indo-Russian friendship and the racist mentality of the political regimes in the US and the UK.

The long history of Sino-India tensions

Similarly, French, Germans and pretty much all of Europe hates China because of NATO compulsions. Australia and Japan openly hate China, while Russia secretly hates China. On the other hand, ASEAN remains undecided about its hatred for China.

However, India’s case is different. India loathes China from the bottommost pit of its heart. It shares a land border with China as China controls Tibet, the Buddhist nation that originally bordered India’s Eastern territory.

There have been several incursions into the Indian Territory by the Chinese. A part of India is illegally controlled by China. The two nations have also fought two wars- the first one in 1962 and the second one in 1967.

An unprepared India had lost the 1962 war but in the second war, Indians slew about 350 Chinese PLA little emperors and chased them back to their holes. Not very long ago, Indians and Chinese were locked in a bitter standoff in Doklam, at the Indo-Tibet border, after which China had to back off.

Last year, in the Galwan Valley region of Eastern Ladakh, the Bihar regiment soldiers of the Indian Army pounced on the Chinese PLA soldiers and killed everyone in sight. Later, strategic heights were captured by India and Jinping was left red-faced.

India and China don’t talk anymore, and their trade relations are on a decline. Moreover, the Indian government banned Chinese apps and tightened stock regulations to stop them from investing in Indian companies. India is probably the most anti-China country on the planet.

On the other hand, Canberra sits at a distance of 9000 Kms from Beijing. Australia isn’t really a country that shares any geographical proximity with China.

India is the fourth most powerful military power in the world. Additionally, India’s economy is resilient and huge and carries a lot of influence as one of the world’s biggest markets. Presently, the country also has a stable government at the national level, with no real signs of any political instability.

Additionally, India is a huge economy. Its market size is immense. Its military strength is elephantine. It has a strong government at the centre which is not going anywhere in the near future.

All these factors make India the best-suited country to be included in any US- initiated anti-China grouping but the US went ahead with Australia which doesn’t match India in military firepower, market size, economy or even political stability.

Finally, the Indian Navy is particularly influential near the Strait of Malacca, a narrow passage of water that connects the Indian and Pacific Oceans. Most of the Chinese vessels have to transit this route while navigating towards the Indian Ocean Region (IOR), Middle East and Europe.

Ideally, it would make sense for the Americans and the British to gain strategic leverage, and strengthen the Indian Navy to choke China in the Strait of Malacca. However, Biden isn’t looking to capitalise upon this geostrategic advantage.

All these factors prove that India was a better choice for a submarines programme with the UK and the US. However, the British and the Americans had other plans.

Why did the US and the UK choose Australia over India?

It seems that the British were guided more by ideology and culture than by strategy in their decision to choose Australia over India. Despite all the strategic gains in partnering with India, everything boils down to just two issues:

At the end of the day, the AUKUS deal isn’t only strategically stupid but also ill-thought and even borderline racist.