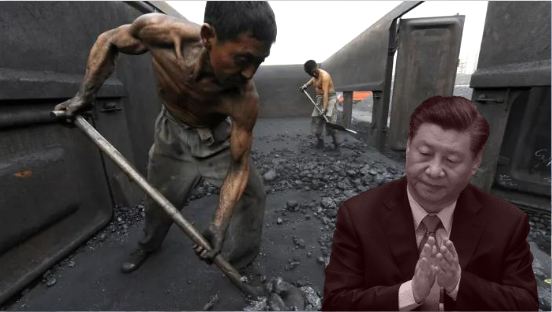 Mining has always been a perilous job for poor labourers in China. The communist nation has the world’s largest mining sector, which roughly accounts for 80 per cent of total mining deaths worldwide each year. And now as China grapples under a massive energy crisis, the safety standards are expected to take a further hit. As reported by Bloomberg, the National Development and Reform Commission of China has recently told mining companies that accidents will no longer result in the shutdown of nearby mines for safety inspections. This essentially means that mining companies are now free to prioritize output ahead of the safety of the miners.

China had enforced stricter safety regulations in the mining sector that resulted in lowering the death figures between 2016 and 2020. However, higher safety standards have also taken a toll upon output adding to the inflation and energy crisis. Owing to the post-pandemic recovery and economic boom, demand for coal and energy has drastically gone up in China outmatching the output levels. Higher demand has led to soaring coal prices that has now encouraged the mining companies to exceed the quota limits and overlook the safety standards. 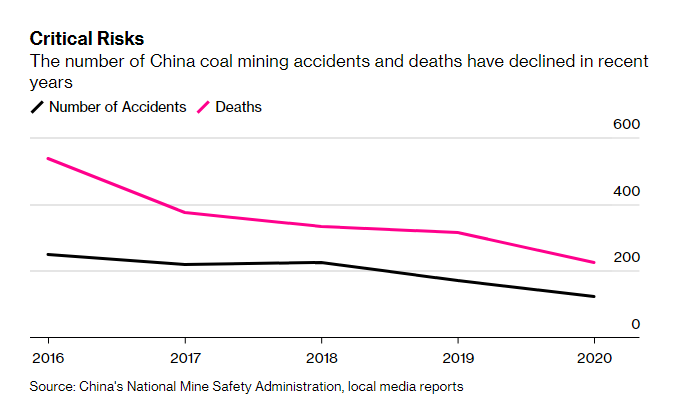 Chinese mines are dangerous by any standard, and the country’s safety record is far worse than any other country on this planet. A Chinese mine worker is 100 times more likely to die in an accident than a miner in the US. For instance, more than 6,000 Chinese mineworkers had died in mining accidents in 2004. In 2009, the figure was 2,600. As recently as August this year, 20 Chinese miners got killed when flooding caused a roof collapse at a mine in northwestern China. Another 12 had died in accidents in Guizhou and Shanxi earlier in April.

As demand surges, human toll likely to go up

Due to the laxity in safety standards, the human toll is likely to surge as the mining companies shift attention to increasing the output levels. The CCP’s apathy towards Chinese miners stems from the gruesome energy crisis that has now reached the metropolises like Beijing and Shanghai. But the worst is yet to come. The winter season is approaching, which is set to witness an unprecedented demand for coal and power. Another Bloomberg report shows that power demand in China has never grown like this year. Moreover, the crisis will eventually get worsened when the ‘La Nina’ will bring colder-than-usual temperatures to the Chinese regions falling in Northern Hemisphere. The dipping mercury levels would further strain the power grids 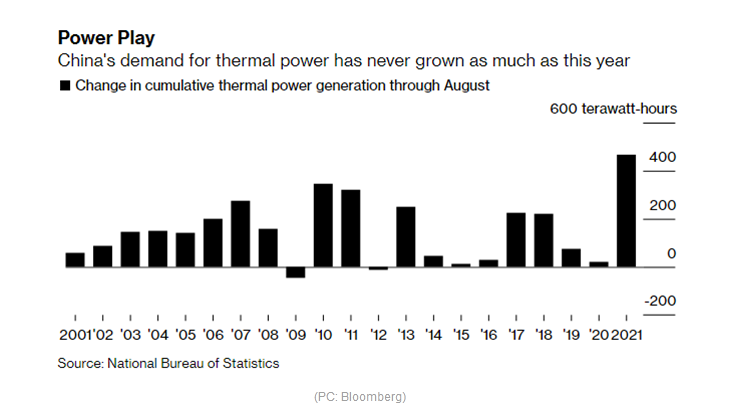 Last month, China’s top economic planner, the National Development and Reform Commission (NDRC), had vowed that railway companies and responsible authorities should prioritize coal transportation to secure the coal supply for domestic power generation. CCP mouthpiece Global Times had reported that “Local economic planners have been instructed to promote the signing of medium- to long-term supply contracts of thermal coal which can guarantee the transport capacity and ensure an effective connection between production and transportation.”

CCP more than willing to sacrifice its miners

There are more than 25,000 active mines in China. Thousands of poor workers are employed by these mines, who now stand the great risk of losing their lives to the greedy mining companies and a desperate Chinese government. In its bid to save the loss of face among global businesses and check the growing resentment among the Chinese masses, the Chinese government is more than willing to sacrifice its poor miners.