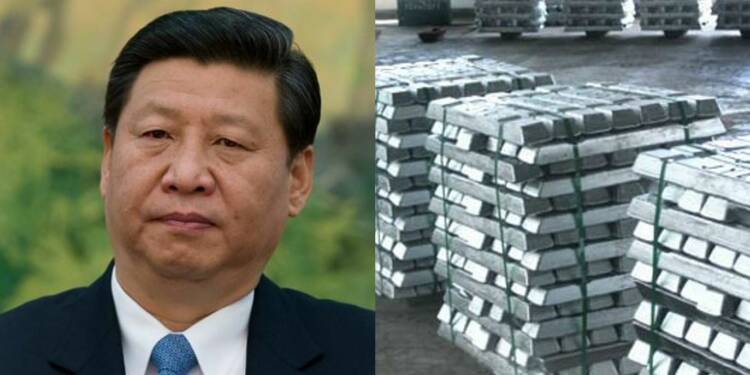 China’s President Xi Jinping’s bullying and intimidation tactics are fraying Beijing’s relations with all its main trade partners and suppliers of key raw materials. As a result, many of the big Chinese industries are dying. Now, another key Chinese industry – Aluminium manufacturing is dying a slow, painful death.

Aluminium prices hovering at a 13-year high in China:

China is the biggest consumer of aluminium in the world and accounts for 60 percent of global consumption. Interestingly, China is also the biggest producer of the base metal and has been able to manage its aluminium consumption till now.

However, 2021 is different – China’s aluminium production has come down drastically, while the demand remains stagnant. Aluminium prices have therefore hit a 13-year high. Last year, aluminium was selling at $1,429 a ton and the prices have more than doubled to a whopping $2,916 a ton this month. Reduced production of aluminium in China is the biggest driver of the base metal’s global prices.

Chinese President Xi Jinping has damaged his country’s trading relations with Australia, which used to be the main supplier of thermal coal to China. He imposed an unofficial ban on Australian coal and stopped importing the critical natural resource from down under last year itself.

It doesn’t take much wisdom to understand the consequences of a hasty ban on coal imports. The Chinese power sector is presently crippling under severe coal shortages and many cities in the Communist country started going dark in December 2020 itself.

Well, the mayhem in China’s power sector and power rationing is a discussion for a different day. Let us tell you how China’s power sector woes are now hurting its aluminium industry – Chinese thermal power plants are producing limited power and some of the plants might even have to halt output. This is catastrophic for a country like China, where 68% of the energy demand is still fulfilled by thermal energy.

Therefore, aluminium production is also being brought down drastically. The aluminium industry in China is simply finding the increasing energy prices unmanageable. Also, the silicon and magnesium manufacturers are also competing for low power cost venues like Yunnan Province in China.

In fact, Uday Patel, an analyst at Wood Mackenzie, said, “The impact of this will be of course to increase the cost of production for the smelters and the impact will be to further support the price.”

Understand this, energy is a basic requirement that the aluminium industry or any other heavy manufacturing industry needs. However, aluminium manufacturing also needs bauxite. In fact, bauxite is the basic raw material needed for aluminium production. And interestingly, China is also about to face some serious bauxite shortages.

China imports most of its bauxite from Guinea, a West African nation that is the second-largest bauxite producer in the world. China gets 55 per cent of its bauxite imports from Guinea. The other two sources of bauxite- Indonesia and Australia are inaccessible for Beijing as Jakarta has restricted raw material exports to other countries and Canberra is presently engaged in a diplomatic rift with China.

Earlier this month, an apparent coup in Guinea uprooted a pro-China political regime in the West African country. At the same time, anti-China sentiment is rising rapidly in Guinea and now there are some serious doubts about China’s ability to source sufficient quantities of bauxite from Guinea.

There is simply no certainty regarding how a new regime in Guinea would behave with China and if there will be enough political stability in the West African nation to support the mining industry. Speculations and uncertainty regarding Beijing’s ability to import bauxite is bound to further hurt Chinese aluminium production capability, which would push the prices of the base metal even higher.

In case, Xi is somehow able to solve China’s energy crisis, the bauxite crisis knocking at the doors of the Communist nation will never let it revive its aluminium industry. This effectively means that China is on its way to lose the effective monopoly that it enjoys over aluminium manufacturing.