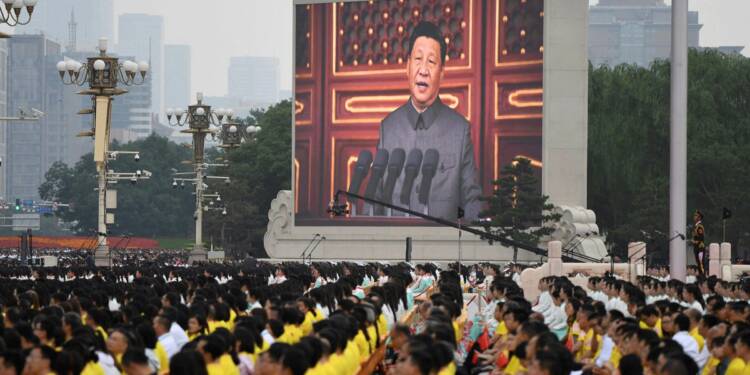 If there is one thing that Chinese President Xi Jinping loves to do, it is to crack down on different sectors of the economy and put his countrymen in deep trouble. Xi Jinping has cracked down on everything from tech giants to the microlending industry, and even the entertainment industry. However, amongst all the crackdowns, it is the crackdown on the education sector which is making Chinese parents furious and desperate.

In fact, private tutoring has now become a matter of black marketing in China. Beijing has banned tutoring but hypersensitive parents in China and out-of-job tutors are now looking at new ways to continue the culture of private tutoring in the highly competitive atmosphere country.

Xi Jinping, being the paranoid man that he is, has banned private tutoring in China. He has also cracked down on private schools in order to keep the Chinese youth in his control.

The Chinese President has also cracked down on the edutech sector which has literally reduced many billionaires in the thriving online sector into millionaires.

Xi Jinping has made it clear- companies that teach school curriculums are prohibited from making profits, raising capital, or going public.

After Beijing’s ban on the tutoring industry, Chinese parents have turned to the black market to find teachers. Tutors are using different terminologies and repackaging their teaching services in order to circumvent Xi Jinping’s ban on private tutoring.

An unnamed Ministry of Education said, “We will strengthen the coordination with other authorities and use various means to detect and raid this illicit activity that goes with names like one-on-one teaching, high-end domestic helper service, crowdfunding private tutoring, and live-in teaching.”

The Xi Jinping administration is now looking to crack down on the tutoring black market also. The official said, “This will directly affect the implementation of the central authorities’ policy. It will also lower the public’s satisfaction about this reform.” He added, “Therefore our attitude is clear that we will firmly punish those hidden rule-breaching activities.”

Xi Jinping’s crackdown on tutors and Edutech has made Chinese parents very desperate. They remain concerned about the future of their children.

SCMP gave the example of Michelle Su, a Shanghai mother. She sends her eighth-grade son to two tutors’ homes on weekends where he attends English and Physics classes.

Su doesn’t care about the government order banning private tutoring. SCMP quoted her as saying, “As long as there are zhongkao (high school entrance examination) and gaokao (university entrance examination), my plan of letting my son spare no efforts in studying will not change.”

Tutoring ban to create disparities in the Chinese society

Chinese parents are hypersensitive about the academic progress of their children. Moreover, the atmosphere in Chinese schools and educational institutions is way too competitive.

In fact, suicides is the leading cause of death amongst Chinese children, youth and teenagers in the age group of 15 to 34 years. Even the Chinese State media blames the cutthroat and test-oriented education system of the country for the high number of suicides.

The desire to score high marks and get into a good University runs deep in Chinese society. Within China, scoring good marks is seen as critical to success in life

Naturally, the demand for tutors remains very high in China. Now, with a government order making the profitable tutoring profession illegal, the prices are bound to rise further. There are greater risks involved with tutoring in China now and black marketing of any product or service does tend to inflate its price.

Shanghai-based Michelle Su, for instance, pays US$46 for each class taken by her son that lasts for two hours. The price of tutoring stands at an exorbitant US$ 23 per hour.

An academic inequality is likely to get the better of Chinese society. Imagine the level of inferiority complex amongst the less-privileged sections of the Communist nation when they have to face children of richer parents who will naturally excel due to their ability to secure private tutoring. This is bound to create more stress in Chinese youth and perhaps cause even more suicides in the Communist nation.

Jinping has thus ended up creating a society where only the rich can afford better education.