Why Chinese citizens are fleeing China 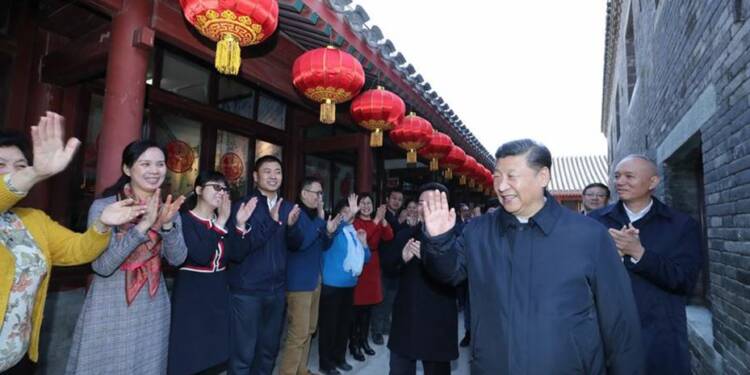 China is no place to live in. Who knows this better than the Chinese citizens who have faced grave molestation of their human rights and freedoms firsthand? It does not matter whether one is a Han-Chinese or of some other ethnicity in China. When it comes to oppressing people, the Chinese Communist Party led by Xi Jinping is rather equitable, although there is indeed one caveat. While people of non-Han Chinese descent are dumped into concentration camps, those who belong to the Han ethnicity are not subjected to such barbarity.

China is no stranger to mass exoduses. During the cultural revolution of the 1960s under Mao Zedong, thousands of Chinese people fled the country to restart their lives in free and democratic countries, where they could see a semblance to human civilisation. Now, under Xi Jinping’s totalitarian rule in China, the number of Chinese citizens seeking asylum in democratic and free countries is rising by leaps and bounds. According to data from the UN High Commissioner for Refugees (UNHCR), between 2012 and 2020, the annual number of asylum-seekers from China rose from 15,362 to 107,864.

Incidentally, 2012 was the year when Xi Jinping came to power in China. As per the Economist, since Xi Jinping took power, 613,000 Chinese nationals have applied for asylum in another country. About 70 per cent of them sought asylum in America in 2020. This increase in Chinese asylum seekers comes amid a wide ranging and all-pervasive crackdown by Xi Jinping on dissidents, critiques, private businesses, entrepreneurs, and just about anybody who does not submit to the supreme will of the CCP.

Contrary to popular belief; of rich Chinese citizens having it easy under Xi Jinping, the reality is that the wealthy form a major chunk of people fleeing China for other countries and then applying for asylum. Wealth erosion has become a hobby for the Chinese President, and among his greatest of abilities is the art of grounding businesses and private enterprises in China. Therefore, to protect their wealth and fortunes from being seized by the CCP, China’s rich folk are fleeing to less barbaric countries.

Read more: China’s dams are bursting. A city of 10 million could be washed away. And a severe food crisis is almost here

Yang Huiyan, China’s richest lady, for instance, is one of 500 affluent Chinese people who have earned European Union (EU) citizenship by acquiring a “golden passport” in Cyprus. Yang is lucky. However, Sun Dawu, who runs one of China’s largest private agricultural businesses, was not. According to WION, Sun Dawu was found guilty of “picking quarrels and provoking trouble” – a charge often used against dissidents and activists. So, he has been sentenced to 18 years in prison.

Examples like these serve as a reminder to the Chinese people that they can be picked up, and thrown into prison cells whenever the CCP fancies. Most recently, Xi Jinping has turned his eyes towards China’s EduTech sector. China issued new restrictions recently that prohibit enterprises that teach school curriculums from making profits, raising capital, or going public. So, the Chinese EduTech sector’s story is over just when it was beginning to blossom. Larry Chen, the former school teacher who became one of the world’s richest people, has lost his billionaire status as China cracks down on its private education sector. This came after Xi Jinping dealt a massive $800 billion blow to China’s tech giants in the last few months with his anti-market practices.

A bulk of the Chinese people fleeing their country, however, is not rich. They are just frustrated, and want a chance at leading a normal life free from oppression. Consider this: In 2019, China spent $216 billion on domestic public security, including state security, police, domestic surveillance, and armed civil militia — more than three times the government spending a decade earlier and roughly $26 million more than is designated for the People’s Liberation Army (PLA). Effectively, China spends more on subjugating its citizens than it does in maintaining its armed forces. In recent years members of foreign and domestic NGOs, feminist organisations and churches have also been arrested and incarcerated.

Freedom of speech and expression have become alien concepts in China under Xi Jinping. The Chinese are expected to toe the Communist line from their birth until they draw their last breath. On top of that, China is turning belligerent. It is almost seeking a war with any country which will give it one. The Chinese people know a war is coming their way – given Xi Jinping’s crazy obsession with Taiwan. China is also stretching its luck way too far in the Himalayas against India. So, when the inevitable war does come, the Chinese people do not want to be sitting in China like lame duck.

China is also a country that does not honour its dead. The recent floods in Central China, in which allegedly thousands of people died, have been covered up by the CCP. The true extent of the damage is not known. In a completely submerged tunnel alone – replete with cars, the death toll would have been in the thousands. In China, human life is cheap. Even China’s soldiers are not honoured after they are killed in action. All of this adds to the frustration of the Chinese people, who realise that living in China is no living at all.

In the fatal tunnel of Zhenzhou, while the flood rushed in and the situation got increasingly dangerous, the toll machine was still collecting tunnel fee
Unbelievable! Only in China!
Within 5 minutes, the tunnel was submerged and hundreds died
pic.twitter.com/YQ2IX3N9K7

These are just some of the many reasons why Chinese citizens no longer want to live in their country. The anger against Xi Jinping and his CCP is reaching new heights with every passing day, and while those who can escape will do so, others will remain in China and continue being oppressed by the regime, until the subjugation reaches its saturation, at which point the people will take to the streets and kick the CCP out of power.