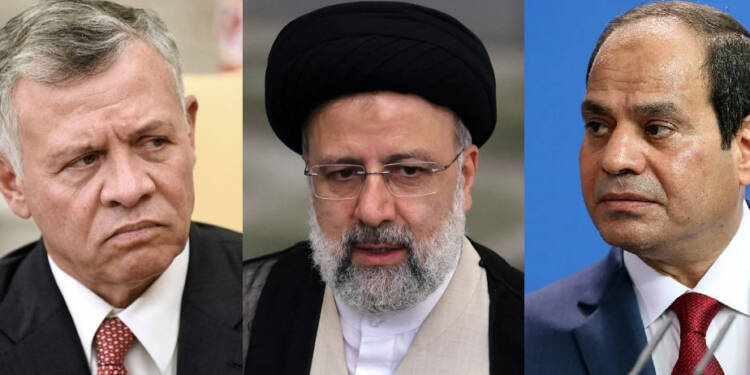 In Lebanon, people are receiving electricity for just two hours a day. The country is reeling under an intense power crisis owing to the massive shortage of coal and gas. The country has been grappling with a severe economic crisis since the past 18 months, inflicting a massive toll upon the Iranian influence in Lebanon.

Iran has for years, used Hezbollah as its mainstay for fortifying its reign in Lebanon. However, things began shaking last year, when the Beirut port blast rocked the entire country. The blast stirred the political instability in the country that continues to date. The ensuing protests toppled the Hezbollah-backed government in Beirut that explains the waning influence of Iran in Lebanon.

Read More: Beirut Blast has triggered an anti-Hezbollah movement in Lebanon and it can bring Palestine and Iran to their knees

Poor Lebanese are waking up to the reality that Iran’s unwarranted interventions in their country through Hezbollah are pushing Lebanon towards a myriad of conflicts. The Hezbollah traces its roots to a group of Shi’ite Muslims in Lebanon who were in awe of Iran’s theocratic government, which stormed to power after the Iranian revolution of 1979. Iran’s Islamic Revolutionary Guard Corps (IRGC) had then eyed an opportunity to fund the budding militias and use it as a proxy in the Arab region.

In its ideology-driven war against Israel, Hezbollah uses poor Lebanese as cannon fodders to avoid large-scale military attacks by the Israeli Defense Forces. That’s why, when Hezbollah engaged in a military conflict with the IDF in August this year, the civilians took the task of beating the leaving daylights out of Hezbollah terrorists upon themselves. Many of the Iranian sympathizers were beaten sending a strong and clear message to Iran—Lebanese have had enough of Iran-engineered mess in their country.

Read More: A fierce retaliation from Israel begins a chain of attacks against Hezbollah by locals in Lebanon

The power crisis has further aggravated Hezbollah’s miseries, which is now striving to import fuel from Iran to alleviate the energy crisis. However, it has got little success so far. Fuel tankers are likely to be delivered to Lebanon through Syria. Iran has been shipping crude oil to Syria with the Russian navy escorting the shipments against possible Israeli attacks.

Iran’s ally Iraq had also promised to stave off Lebanon’s power crisis in July this year, but it is also holding back its oil supplies now to avoid itself being seen as an Iranian ally. Perhaps, Iran’s budding relationship with the Arab countries may help explain Iraq’s conduct in Lebanon. As per a report published in mei.edu, “Baghdad delayed reaching a final agreement for months after the early visits of Lebanon’s spy chief, Abbas Ibrahim, who is widely viewed as the deal’s original broker.”

Jordan and Egypt cash in on Iran’s miseries

But the crisis for one means a glaring opportunity for others, and that explains why Jordan and Egypt are stepping up their efforts to engage Lebanon. Both Egypt and Jordan have agreed to supply Lebanon with fuel, the thing they currently need the most. Egypt had announced to supply Beirut with gas a few weeks earlier, and now Jordan has declared to boost electricity exports to Lebanon via Syria.

The announcement came after a meeting between electricity ministers of Jordan, Lebanon and Syria, which was held in Amman to discuss a work plan for re-operating an electric interconnection line between Jordan and Syria. “The meeting was held to discuss the re-operation of interconnection lines between Jordan, Syria, and Lebanon to assist the Lebanese brothers to meet part of their electricity needs,” Jordanian Energy Minister Hala Zawati remarked after the meeting.

Egypt’s close relationship with Israel and Saudi Arabia dominates the sketchy relationship between Egypt and Iran. And with Egypt now working on diminishing Iranian influence in Lebanon, the tussle may morph into a wider conflict. The recent maneuvering at Egypt and Jordan’s part may also be linked to the larger Arab-Iran conflict, but one thing is abundantly clear—the Iranian influence in Lebanon is rapidly waning, and it could soon bring an end to the Hezbollah chapter in Lebanon’s history.