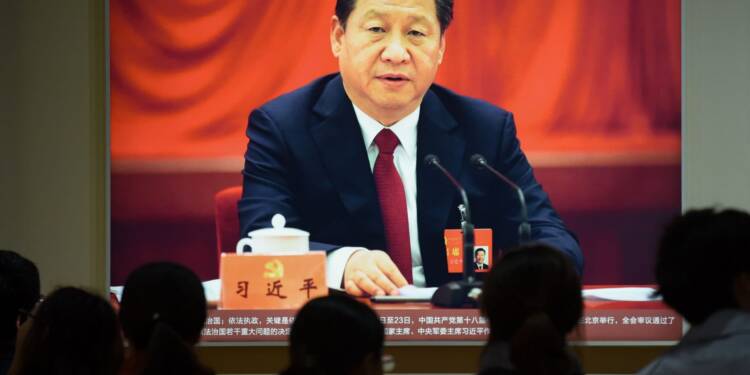 The Chinese economy may be the second largest, but it is utterly volatile and uncertain Mao Zedong founded the CCP and made China a brutal, Communist regime. However, Deng Xiaoping, the then Chinese President overturned Mao’s policies in the 1980s. He established Chinese State capitalism and argued that the CCP would have to “let some people get rich first.”

However, Xi Jinping recently started demolishing Deng Xiaoping’s policies with his “common prosperity” goal and a full-blooded Communist turn that involves stealing from the wealth-creators in the name of feeding the poor. Now, economists are arguing that the common prosperity campaign can trigger common poverty in China. And Xi might have to scrap his goals altogether.

What is Xi Jinping’s ‘common prosperity’

Speaking at a key economic leadership meeting in August, Chinese President Xi Jinping announced that  China must pursue a goal of “common prosperity”. He declared that wealth is to be fairly divided amongst all the people as a key objective of the next stage of China’s economic growth.

Xi Jinping has sought to explain his side. He is giving a sharp spin to his “common prosperity” goal in order to save the embarrassment for himself.

The Chinese President has been quoted by Qiushi Journal, a publication of the ruling Communist Party, as saying, “Not everyone will be wealthy at the same time and not all regions will reach the same level of wealth at the same time.”

So, Xi wants all people to get prosperous even though an average Chinese labourer still gets a meagre salary despite putting in several hours of work. After all, making the Chinese people prosperous is quite easy for the CCP- people have to admit that they are prosperous, or else the Chinese government officials will label them a security threat and throw them into ‘corrective’ detention.

Xi Jinping has shortened his ambitions. He plans to realize equal access to basic public services by 2035 and common prosperity to be “basically achieved” by 2050.

Why is Common Prosperity taking a backseat?

Jinping is a hardline dictator. It is not as if he was not able to explain what “common prosperity” is when he spoke of it the first time.

If he is reconsidering his policy goals, it essentially means that he is reorienting his policies and responding to common prosperity. The reason is growing fears of how hardline Communist policies can lead to market distortions.

Zhang Weiying, an outspoken economics professor at Peking University wrote an article on the website of the Chinese Economists 50 Forum, a private academic organisation for public interests. Weiying stated, “If we lose faith in market forces and rely on frequent government intervention, it will lead to common poverty.”

Weiying’s remarks are quite relevant. Over the recent past, Xi Jinping has cracked down on Chinese tech giants, EduTech entrepreneurs and a host of other industries. Xi has been cracking down on leading businesses and launching antitrust probes against private enterprises.

However, Weiying and other Chinese economists think that the private sector needs to be given more support, while the Chinese anti-monopoly effort should be recalibrated with the main focus on state-run enterprises.

Meanwhile, Xi Jinping is in a state of panic. Even he knows that he has destroyed the Chinese economy, so he is getting into damage control mode all of a sudden.

Kurds in Syria and Iranians in Azerbaijan: Turkey set to face the heat at two fronts with Putin’s imprints all over it