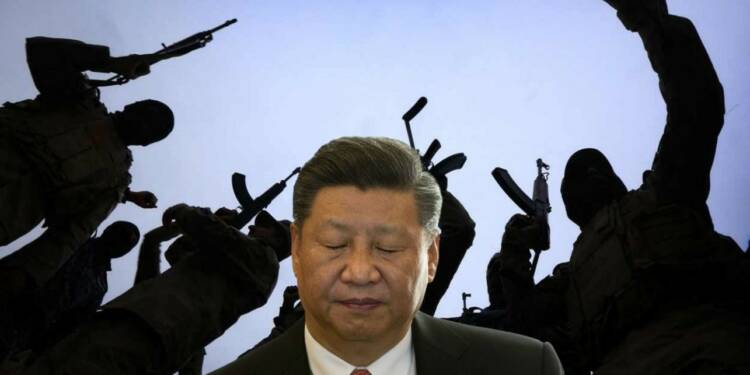 Later, a blunt statement issued by the Islamic State Khorasan claimed responsibility for the suicide attack and identified the bomber as “Muhammad al-Uyghuri,” an Uyghur militant.

The Kunduz attack is the first public admission of deployment of an ethnic Uyghur, though no details of the country of origin have been provided by the group. Till now, there was no mention of Uyghur militants in the online propaganda of the IS affiliate. In fact, the Islamic State Khorasan declared two targets of its assault:

The Taliban was funded generously by China with the belief that the Taliban would stop the ETIM. The Taliban itself had no issues in welcoming all the Chinese money coming its way.

However, the issue is that the Taliban or any other terror organisation doesn’t deal with civilian governments. They only create the illusion of acting against their affiliates but do not really push back against them. In fact, the Taliban is an umbrella body, and its affiliates swear an oath of allegiance to it called “bay’ah“. Slain Al Qaeda chief Osama bin Laden too had offered bay’ah to Taliban founder Mullah Omar.

Once, an organisation offers bay’ah to the Taliban, there is no reason why the Taliban would purge it. ETIM, on the other hand, may not be a frontline Taliban affiliate but it is directly affiliated to al Qaeda.

Interestingly, even the Islamic State Khorasan (ISK) grew as an offshoot of the Taliban and recruited heavily from former hardliners in Afghan and Pakistani Taliban, al-Qaida, and other militant groups. Today, ISK identifies itself as an ideological rival to the Taliban. However, it is not even hurting the Taliban.

By killing hundreds of Hazaras, who are hated by the Taliban too, ISK is openly doing what the Taliban isn’t doing under pressure from powers like India, the US and Russia. Even former Afghanistan Vice President Amrullah Saleh said, “Every evidence we have in hand shows that IS-K cells have their roots in Talibs & Haqqani network particularly the ones operating in Kabul. Talibs denying links with ISIS is identical/similar to the denial of Pakistan on Quetta Shura. Talibs have learned very well from the master. #Kabul.”

If Islamic State Khorasan is using Uyghur fighters for terror attacks, then it implies a grave security threat for China.

In fact, as per The Epoch Times, China could be diverting much of its electricity production to third-rate military-industrial enterprises, whereas Chinese industries are struggling under painful power shortages. In fact, power outages haven’t been noted in China’s dense military industries, which suggests that China is preparing for a security threat already.

Things seem to have moved out of China’s hands in Afghanistan as it has been betrayed by the Taliban. Now, China is looking to secure itself from any external terror activity. However, if Islamic State Khorasan threatens China, then it could mean some real trouble for the Communist nation. At the end of the day, China is not a security-conscious nation like India, Israel or the US. It never had any major terror threats to face, nor are its authorities trained to take on terror groups.

If Uyghur militants strike China, you can expect it to strike beyond Xinjiang though their main purpose would be to encourage insurgency in Xinjiang. However, China’s surveillance activity is strictly restricted to Xinjiang and any Islamic State Khorasan activity is bound to leave it bleeding.