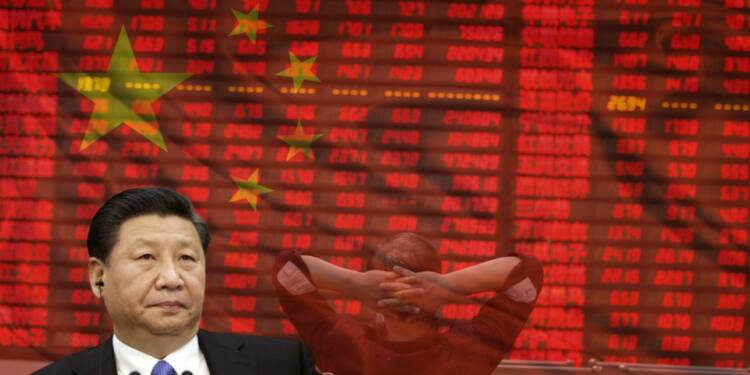 China is the second-largest economy in the world – but it’s about to lose that position very soon. There was a time when the free world countries wanted China to open up its financial markets for foreigners investors, and China resisted the demand because it didn’t want to create a level-playing field for other countries. There was once also a time when foreign investors and multinational companies set bases in China like there was no tomorrow. But those times are long gone. Under CCP General Secretary Xi Jinping, things have taken a turn for quite the worse. Now, investors are fleeing China en masse like there is no tomorrow. Foreign employees are running out of China. China is experiencing an exodus of foreign talent which promises to cripple the Communist nation.

According to a report by the Financial Times, the head of a leading American business lobby group in China has warned of an exodus of western executives from the world’s biggest consumer market as President Xi Jinping tightens coronavirus controls. With no exit strategy articulated, and just as the rest of the world reopens, US business leaders have warned Beijing that it risks accelerating the outflow of foreigners from China. Ker Gibbs and Alan Beebe, the presidents of the American chambers of commerce based in Shanghai and Beijing, respectively, are among an increasing number of businesspeople in China leaving their jobs in the coming months.

The FT report also quoted a recent survey of 338 AmCham Shanghai member companies in China, which revealed that more than 70 per cent had difficulty attracting and retaining foreign talent with “Covid-related travel restrictions” being the primary problem. There are other reasons behind the exodus of foreigners from China, including:

As stated before, investors are fleeing China not just because of the Covid-19 restrictions and the apathetic state of affairs within the Communist nation, but also because Xi Jinping has gone rogue and has lost his mind. Under Xi Jinping, China has, since November last year, initiated an all-out offensive against businesses, corporates and entrepreneurs. The Tech sector, EdTech sector, private tutors and just about every private enterprise in China has got their wings clipped by Jinping’s sickle. China has turned into an anti-business country. So, it is natural for investors to flee China and foreigners to get out of the dictatorship as soon as possible.

The levels of mistrust which Chinese tech giants have come to face in markets is causing them to register massive capital shrinkages. The capital of businesses can be wiped off the table at any time, without warning. The Chinese stock markets have gone just as rogue as Xi Jinping and traders are practically playing a game of life and death by engaging in any manner with Chinese markets.

And then, nobody is safe in Xi Jinping’s China. According to official figures, during President Xi’s first five years in power, 1.34 million officials at all levels of the so-called “tigers and flies” were brought down by corruption and disciplinary charges. Now, as reported by TFI, with only a year left for the 20th National Party Congress, coupled with the current economic state of China and its energy crisis, a paranoid Xi Jinping, fearing another anti-CCP (Chinese Communist Party) uprising, is ready to repeat the infamous ‘709 crackdown’ of 2015.

Nobody wants to live in China. Foreigners have a choice, which is why they are leaving China. Ordinary citizens of China, however, are forced to bear the brunt of Xi Jinping’s excesses. The exodus of foreigners should be an eye-opener for CCP jingoists within China. The Communist nation is fast turning into a failed state, and if the Chinese people do nothing to save it – they will perish.