In a big blow to its economy, China is set to be stripped off of preferential tariff treatment from 32 nations 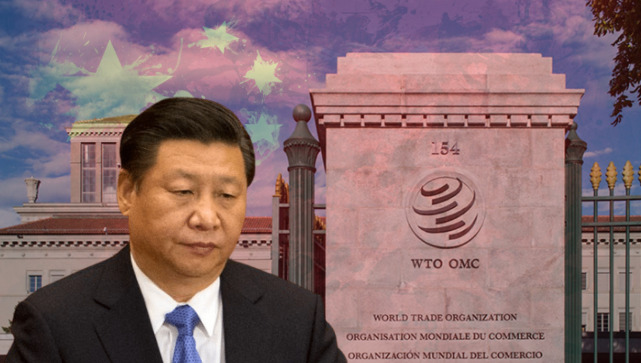 China has landed itself in hot soup. At a time when it is reeling under the stress of an intense power crisis and economic downturn, countries from around the world have decided to kick the Communist nation in the shins. Beginning December 1, some 32 nations would no longer grant favourable tariff treatment to Beijing. According to the Hong Kong-based online news portal HK01, 32 nations would remove China from their trade preference lists of recipients of duty-free tariff treatment for certain items. China will no longer be eligible for GSP trade benefits from 27 EU nations, the United Kingdom, Canada, Turkey, Ukraine, and Liechtenstein as of December 1.

According to an economist quoted by Taiwan News, labour-intensive enterprises of China will face the brunt of the change in policy by the 32 countries. China’s low-margin, labour-intensive industries would be the hardest hit, potentially hastening the movement of manufacturing from China to other developing countries. It must be remembered that China’s cheap labour industry and consequently, cheap commodity prices are the reason why the country became the largest exporter in the world. Supply chains became centred around China. However, with 32 countries ending the preferential tariff treatment for China and making it pay like any other normal country – the Communist nation’s manufacturing and export sectors are bound to take a hit.

China will now have to pay tariffs and that would immediately result in its commodity prices rising. This rise in prices would make China’s products at par with those offered by other countries. So, there would be nothing special about China’s products and commodities, apart from the fact that they would be of cheaper quality when compared to the products offered by other nations.

In such a scenario, who do you think countries around the world will decide to import from? Remember, the 32 nations that have stripped China off of the preferential tariff treatment have done so with the aim of crippling China’s economy. On an immediate basis, they will be the ones who turn to alternatives when it comes to importing products. China will no longer remain their first choice and they will be able to select products for importing from a wide array of countries.

The democratic world has been increasingly standing up to China’s unfair trade practices which are not in line with World Trade Organisation rules. As such, the move by 32 countries to strip China of preferential treatment should be seen as them resisting China’s trade practices and violation of WTO rules. In WTO’s regular Trade Policy Review in October, the US, the EU, the UK among others, complained about China’s reluctance to conform to the international trade rules aiming at establishing a level playing field for all participants in the global exchange of goods and services.

The removal of preferential tariff treatment for China can result in an exodus of manufacturers out of China. Already, global manufacturers are not very motivated to continue with their operations in China and are desperately on the lookout for alternative destinations. Now, as China’s labour industry takes a hit, such manufacturers will desperately try to get out of China, thereby further loosening the screws of China’s economy.

China’s Manufacturing Receives One Setback After Another, While India’s Economy Booms

While the Xi Jinping regime in China leads a crusade to run the Chinese economy into the ground, India is achieving one historic feat after the other. Chinese industrial growth and as a consequence, its economy is contracting. China’s factory activity contracted more than expected in October to shrink for a second month. According to China’s National Bureau of Statistics (NBS), the official manufacturing Purchasing Manager’s Index (PMI) was at 49.2 in October, down from 49.6 in September.

The Purchasing Managers’ Index (PMI) is an index of the prevailing direction of economic trends in the manufacturing and service sectors. Meanwhile, a subindex for production slipped to 48.4 in October from 49.5 in September. A subindex for new orders also contracted for a third month, coming in at 48.8. Furthermore, in what has sent divers down the CCP regime’s thin spine, a subindex for output prices rose to 61.1.

India’s Purchasing Managers’ Index (PMI), meanwhile, rose to 55.9 in October expanding for the fourth consecutive month. A reading above 50 indicates expansion in economic activity and a number below that signals contraction. Essentially, at a time when China’s economic activity is contracting, India’s is expanding at a very motivating pace.

With China being deprived of preferential trade treatment by 32 countries, the story of the Communist nation’s downfall seems to have begun. The world is no longer willing to hand China a long leash and has made it clear that Beijing’s actions will have consequences that will be detrimental to it alone.