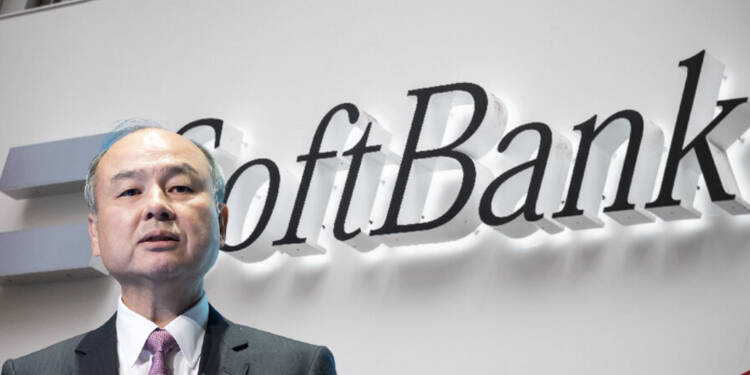 This is a warning– if you have invested in China, pull back all your money. With the Chinese Communist Party (CCP), anything can happen at any time. Beijing could start imposing curbs and killing the enterprise you have invested in or a hardline Communist leader could simply hark China back to the Maoist era or worse still, a defaulting firm could prioritize domestic investors and throw you under the bus. SoftBank Group Corp. learnt this the hard way. On Monday, SoftBank reported a quarterly loss as its Vision Fund unit took a $10 billion hit from a decline in the value of its portfolio companies and as China’s regulatory crackdown on tech firms soured the Japanese conglomerate’s many investments in the Communist nation.

Masayoshi Son, founder and CEO of SoftBank said Monday that the conglomerate is stuck in a “big winter snowstorm.” SoftBank on Monday posted a loss of 397 billion yen ($3.5 billion) for the July-to-September quarter. Son said that the company’s net asset value fell by 6 trillion yen ($54.3 billion) to $187 billion. In one word, Masayoshi Son summed up the reason for his company’s record losses, and said, “Alibaba”.

Over 20 years ago, Masayoshi Son invested $20 million in Alibaba, turning that bet into one that was worth $60 billion when Alibaba went public in 2014. Since November last year, however, Alibaba has lost roughly $400 billion in market value. Its share price fell 35% in the July-September quarter. Speaking about the massive $10.5 billion Vision Fund loss, Son said that Chinese firms, including ride-hailing giant Didi, played a major part in the poor performance of the fund.

Essentially, SoftBank’s investments in China are turning sour and becoming liabilities. Why is that? Because Xi Jinping has launched a wide-ranging and unforgiving crackdown on all aspects of Chinese life. It just so happens that Softbank’s major investments are in the Chinese tech sector, and this is among those areas of the Chinese economy which has been beaten black and blue by the Chinese Communist Party over the past one year.

The CCP’s assault on businesses in China has led to investors fleeing the Communist nation. However, there were some – like SoftBank, who simply refused to read the writing on the wall, and ended up losing billions of dollars just because of their optimism regarding China.

SoftBank seems to have learnt its lesson. It would be mad not to. After having suffered losses to the tune of several billion, any business will dissociate from the entity which is at the centre of the said losses. So, China is now a dark chapter in SoftBank’s history. For the future, SoftBank is extremely bullish and is banking on India. Masayoshi Son said that the fund has plenty of “golden eggs” for this year, referring to a slew of companies from its portfolio that are planning to go public.

Read more: ‘Don’t invest in China,’ Evergrande sends a beautiful message to investors all over the world

One of them is Indian fintech firm Paytm, which launched India‘s biggest IPO on record on Monday. It is expected to start trading next week. In response to a question about the Indian company’s valuation, the SoftBank CEO said, “Paytm should grow significantly…For us, their IPO should be a great event.”

Earlier this year, SoftBank Group Corp.’s attempts to sell Arm China Ltd. to Nvidia Corp were blockaded by the CCP in a devious manner. Out of the blue, lawsuits aimed at holding Arm Ltd.’s controversial chief executive in power complicated SoftBank’s plan to sell the company to Nvidia. SoftBank wanted to exit China’s markets back then, but the CCP complicated the Japanese conglomerate’s plans by creating hurdles every step of the way. This was done by the CCP to try and salvage China’s position in the global semiconductor scene.

SoftBank’s losses are bound to serve as an eye-opener for all investors who continue to remain optimistic about China. The SoftBank fiasco has sent out a decisive message to all investors – give up on China immediately and run for your lives to mitigate your losses.