Suddenly, the spotlight has shifted away from growing tensions near Natuna Islands and Chinese belligerence against Canberra. 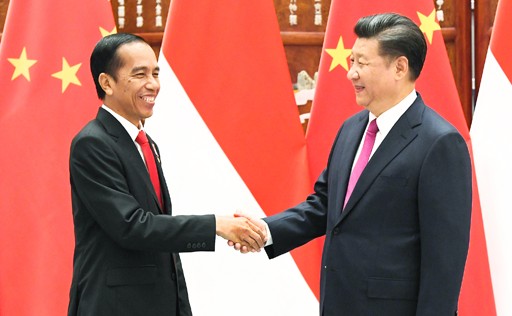 Indonesia is the perfect example of just how far Chinese expansionism can go. Indonesia itself is not even a part of the South China disputes and doesn’t share any direct dispute with Beijing in the South China Sea. So, you would think that China doesn’t make any territorial claims over Indonesia. But with China, no territory in the vicinity can stay undisputed. Beijing’s “nine-dash” line actually claims sovereignty over the continental shelf of Indonesia’s Natuna islands.

But given Indonesia’s weak China policy, China not only bullies Indonesia, but also uses it as a prop to hurt its rival- Australia. Despite facing a perpetual China threat, Indonesia too is allowing itself to be used as a mere prop against Canberra.

Why Indonesia and Australia are at odds with each other

The Australian government is annoyed by intrusion of Indonesian ships into Western Australia (WA). Fresh footage by ABC has confirmed that Indonesian crews have returned to the Rowley Shoals Marine Park. This is the second such incident that has led to betterment between Australia and Indonesia.

The Force had also reportedly seized illegal fishing equipment and 630 kilograms of trepang, or sea cucumbers, as evidence.

This time around, the WA government has requested the federal government to “step up” and put an end to the surge in illegal fishing boat activities. The fresh footage of the incident shot in late November shows a group of Indonesian sailors waving and smiling at the camera.

Such behaviour has sparked concern amongst Australian authorities. WA Fisheries Minister Don Punch said, “It’s a serious matter, as it has a big impact on the marine ecology of the Rowley Shoals, but also on the charter boat tourism that’s happening in the area.” The Minister also said, “It’s a matter we have taken up with the federal government, and I’ve had conversations with the Home Affairs Minister Karen Andrews.”

Why Australia is concerned?

Australia itself cannot take illegal fishing activities lightly. Government data shows that the number of fishing boats is continuously surging. In the ongoing financial year, 231 boats were intercepted, of which 29 were seized and destroyed. In 2019-20, on the other hand, only four such boats were intercepted.

In fact, Australian locals are getting restive over the issue, which compels the Australian government to raise it with Indonesia.

Kimberley Marine Tourism Association chair Jig Albert said, “Our operators are massively concerned because the Indonesians are netting, walking on the reefs, collecting trepang, harvesting shark and — what’s really disturbing — is they’re taking the giant clams, which take years and years to grow.” He added, “And these people are really desperate, so there’s the risk of piracy as well.”

In fact, illegal fishing activity by Indonesian sailors is a decades-old issue in Australia. The country also has a history of burning and destroying Indonesian fishing vessels inside its exclusive economic zone. Yet, it is the rising frequency of incursions that is threatening to derail Australia-Indonesia relations.

How China benefits out of Australia-Indonesia tussles

The boat-burning incident in November had led to a small diplomatic tussle between the two countries. When the Australian Border Force spotted the Indonesian boats, Foreign Minister Marise Payne was about to visit Jakarta. This could have created an awkward situation within Canberra and Jakarta.

In fact, the Indonesian authorities, through the Ministry of Marine Affairs and Fisheries, sought further details and while waiting for an explanation, the Ministry announced that it would postpone a joint maritime patrol with Australia.

Pleased to be back in Jakarta to meet with my friend Foreign Minister @Menlu_RI and congratulate Indonesia on taking the Chair of the G20. We discussed our joint #COVID19 recovery efforts & I thanked her for 🇮🇩's support of the ASEAN-🇦🇺 Comprehensive Strategic Partnership🤝. pic.twitter.com/9T3T5pXw9V

China benefits when Australia and Indonesia end up arguing over a bilateral dispute. Suddenly, the spotlight has shifted away from growing tensions near Natuna Islands and Chinese belligerence against Canberra. Indonesia is now concerned about seizures by Australia, and Australia is concerned about unlawful fishing activities in its waters.

And this is exactly what China wanted. Xi wants people forget Chinese belligerence for the time being and discuss what is going on between Canberra and Jakarta for the time being. Meanwhile, Indonesia is allowing itself to be used as a mere prop against Australia.