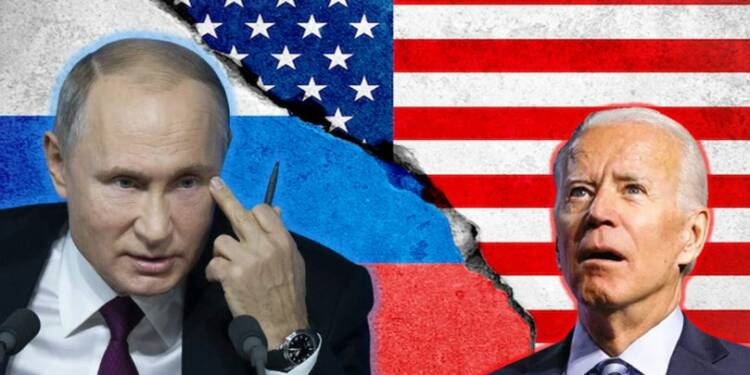 Traditionally, the war lobby in Washington DC has loved getting into regime-change wars and avoidable tussles. But when it comes to Russia, the war lobby ensures that he doesn’t go too far. So, for example, the Bush administration invaded Saddam Hussein’s Iraq, because the US thought that Iraq had weapons of mass destruction. But it never did anything about Russia, because the US knew that Russia has weapons of mass destruction.

Biden is doing what his predecessors did — talk about Russia, but avoid locking horns with a dangerous Putin. And this is setting up Biden for his biggest humiliation till date.

Biden officials are punching above their weight, over the Russian troops build-up near the Ukrainian border. A senior official told reporters that the US is “ready to act if and when we need to”. The official also said that there will be “significant consequences” if Russia attacks.

But Biden is also confused. On one hand, he is talking about ‘consequences’ and being ‘ready to act’, if Putin decided to take the offensive route against Ukraine. And on the other hand, Biden says — ‘I’ll meet man’.

US officials have said that talks could take place in January regarding the Russian military build-up. Earlier, Putin had said that he was hopeful of a meeting in Geneva. Biden is now shivering at the thought of locking horns with Putin, and is thinking of just talking it out.

Biden is thinking of taking on Putin. But you can’t simply toy around the Russian President. The man worked as a spy for 16 years and he knows if you are trying to mess with him.

So, when Putin gauged that Biden is trying to make hay by vilifying the Kremlin, he came up with his own agenda.

Putin says that he doesn’t want a war. In fact, he is saying that Biden can de-escalate the situation if he wants to. Talking about the US and the NATO, the Russian President said, “The ball is in their court”. He added, “They need to respond to us with something.”

Also read: Biden is so scared of Putin that he has refused to do a joint press conference after the meeting

Putin setting Biden up for humiliation:

So, Putin is making demands that Biden can’t fulfill. This puts the US in a catch-22 situation.

On one hand, the Russian troop build-up is piling more pressure on the US. Ukraine will now be asking Biden to give it something, maybe get the NATO to come for its rescue or transfer American military tech to the eastern European nation. But this is not going to happen, because we told you how the US knows what Putin-led Russia can do.

Also read: Putin’s masterclass in its full glory as he uses Erdogan as a pawn to irk Biden

On the other hand, Putin is not giving a diplomatic victory to Biden either. He will keep using Ukraine as a means to embarrass the US President.

Russia can invade Ukraine whenever it wants. But it will not take the offensive route. Putin will keep troops stationed on the Ukraine border, carry out naval drills and aerial sorties and keep doing this for several days at a stretch. Once the world knows that the US is a toothless tiger and the NATO is an anachronistic body, he will pull back his military forces. Ukraine will realise that it is completely on its own. It will be a major victory for Putin and a global humiliation for Biden.