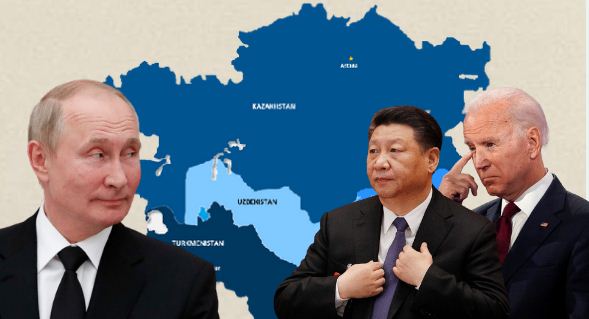 Kazakhstan is the ninth-largest country in the world. In Central Asia, it is the largest economy. Kazakhstan is a former Soviet-state, which has been ruled by one party since its independence in 1991. It borders Russia to the north and China to the east and has extensive oil reserves that make it strategically and economically important. You know how China has been trying to replace Russia as the hegemon of Central Asia, right? China has been pushing its neo-colonial Belt and Road Initiative (BRI) in the region, viewed by Moscow as its own sphere of exclusive influence.

As a part of its domination strategy, Chinese FDI in the five Central Asian countries stood at 14.7 billion US dollars, that is, 1.2 per cent of Beijing’s total investments in Asia by 2018. China has put in more than US$17 billion in projects in Kazakhstan. Chinese companies have been trying to set a base in Kazakhstan for years now. However, the people of this Central Asian country are largely anti-China.

For example, in 2019, over 60 people were detained in Almaty and Nur-Sultan as the country saw a sudden uprising against Chinese investments and loans at a time when the country is slated to receive Chinese assistance for the construction of 50 new industrial facilities soon enough. China has heavily invested in Kazakhstan’s hydrocarbon sector, especially in oil and gas.

Kazakhstan on the Boil Now

Kazakhstan is on fire now. It is boiling over. Mass protests – triggered by China and the Biden administration are posing a grave threat to the Central Asian country’s national security. A skyrocketing of fuel prices across Kazakhstan provided a perfect trigger to the CCP and Biden administration to unleash violence and anarchy all across the country.

Previous subsidies had created a situation when Kazakhstan, a major oil producer, regularly faced shortages of butane and propane. When prices were fully liberalised on January 1, the measure backfired, as prices nearly doubled overnight to 120 tenges per litre. A frustrated public took to the streets of the country and protested against the Kazakh government.

Thousands took to the streets in Almaty and in the western province of Mangystau, saying the price rise was unfair given oil and gas exporter Kazakhstan’s vast energy reserves.

Read more: Central Asia is sitting on a treasure trove that will decide the world’s future

Soon, these protests were hijacked by certain groups looking to kick Russia out of Central Asia. Do we really need to spell out which powers gain out of a Russian exit from Central Asia? These are the Biden administration and China.

The problem with China and the Biden administration is that they constantly underestimate the ability of Russia to pull a fast one over them. The protests have coalesced into an entirely anti-Russia campaign.

Here are some of the demands of these so-called protestors:

Demands of the Protesters in #Kazakhstan

1. Immediate release of all political prisoners

2. Full resignation of president and government

3. Political reforms:
Creation of a Provisional Government of reputable and public citizens. Withdrawal from all alliances with #Russia pic.twitter.com/wNAi47Mspg

Now, why would a seemingly domestic anti-government protest call for a cessation of ties with Russia? This leaves not even a shred of doubt pertaining to Chinese and American involvement in the violent protests rocking Kazakhstan. The Kazakh Ministry of Internal Affairs said eight police officers and national guard members were killed in the unrest and more than 300 were injured.

Russia Sends Boots on the Ground

Kazakhstan and Russia are both aware of the powers trying to destabilise their ties. So, on Wednesday, Kazakhstan’s President Kassym-Jomart Tokayev said he has appealed to a Russian-led security bloc called CSTO for help to quell the protests. He said, “Today I appealed to the heads of CSTO (Collective Security Treaty Organisation) states to assist Kazakhstan in overcoming this terrorist threat.”

In reply to this request, the Russia-led Collective Security Treaty Organisation said late Wednesday that it would send peacekeeping forces to Kazakhstan at the invitation of the country’s president. So, Russian troops will soon make their way into Kazakhstan and rid the country of Chinese agents and stooges of Joe Biden.

While both China and the Biden administration wanted to ensure that Russia’s influence in Kazakhstan is eviscerated, what has actually happened is Vladimir Putin now has his own troops on the ground. Therefore, Kazakhstan and Russia are now closer to each other than they have ever been since the fall of the Soviet Union.

Russia has stepped up its offensive posture against Ukraine. The Biden administration is trying to dilute Moscow’s focus on Ukraine. To do so, it seems to have instigated unrest in Kazakhstan. While China’s goals are economic and exploitative in nature, the Biden administration wishes to increase its own influence in Central Asia by displacing Russia’s stature in the region. Vladimir Putin, however, has spilled cold water over all such plans.