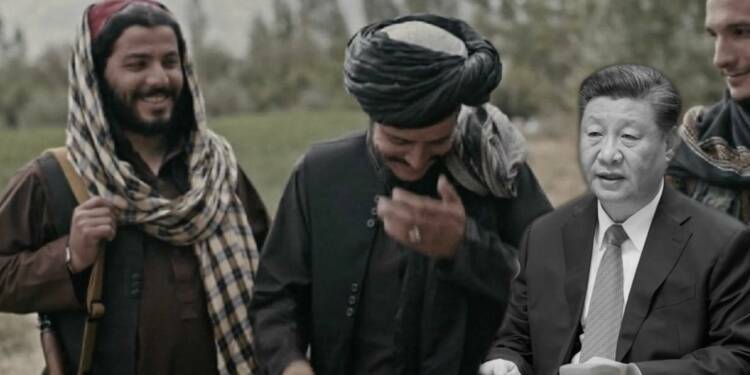 Taliban has had a long history of using suicide bombers. Throughout the Afghanistan war with Afghan security forces and the US troops, it used suicide bombers for targeting the establishment and religious minorities. And now the terror organisation is institutionalising the suicide squads as a part of its regular army. Sounds strange, right- an army with a suicide squad? But this is the Taliban that we are talking about.

But there are no US troops to fight and the Afghan security forces have been pushed back? So, which enemy is the Taliban exactly looking to take on? Well, the Taliban wants to protect its borders- its borders with China to be precise. Yes, the same rogue regime in China that fed the Taliban since the US troop withdrawal is now facing the danger of Taliban suicide squads on its borders.

Human history does have instances of using suicide fighters. During the Second World War, the Japanese used Kamikaze pilots to bomb themselves into Allied vessels. In 2006, it was reported that Iran had raised a suicide squad of 40,000 trained bombers ready to sacrifice themselves for Tehran’s nuclear bomb. North Korea uses a different kind of suicide squad- honey trappers.

In 2014, for example, a suicide bomber barged his way into a crowd during a volleyball watch in the war-torn country. And the bomber did what suicide attackers are supposed to do- blow themselves into smithereens and take down many civilians or security personnel in the bomb attack. During the volleyball match suicide attack, 45 people were killed. Suicide bombings was the Taliban’s weapon of choice during the 20-year long war with US troops.

Many thought that after it took over Afghanistan and US troops withdrew from the war-torn country of Afghanistan, the Taliban would stop using suicide squads.

But the terror organisation has been very clear about one thing- suicide bombers won’t be dumped. In October, the Taliban promised plots of land and cash packages for the families of suicide bombers.

In fact, suicide squads remain central to the Taliban strategy. During a victory parade after taking over Afghanistan, the Taliban had displayed its suicide bombers and suicide vests laced with explosives. The Taliban also announced the formation of a new “martyrdom brigade” that would consist wholly of suicide bombers.

And here is the big surprise- the Taliban is deploying suicide bombers on the China border. And some suicide bombers are reportedly on the job, having already reached the North-eastern border with China and Tajikistan.

Deputy Governor of the Badakhshan province, Mullah Nisar Ahmad Ahmadi, has confirmed the development by telling Khaama Press that the suicide battalion has been deployed in the region that borders the countries of Tajikistan and China.

The battalion is named Lashkar-e-Mansoori (‘Mansoor army’) and is the same unit that the Taliban used to conduct suicide attacks for targeting Afghan security forces earlier. So, the Taliban is going all out against China with its suicide bombers. And it isn’t really a matter of surprise for anyone.

China thought it could finalise a formal deal with the Taliban. It paid lots of money to the terror organisation and asked it to keep the East Turkestan Islamic Movement (ETIM) under check. ETIM is comprised of Uighur fighters, who have one goal in their lives – to liberate Xinjiang from the clutches of the Chinese Communist Party. Over 1 million Uighur Muslims have been dumped like cattle by China in what it calls “internment camps”, but which really bear an eerie resemblance to Hitler’s concentration camps.

China went pleading before the world for the Taliban’s legitimacy. But what did China get in return? Well, it has got suicide bombers. And yes, the Taliban has also not cracked down on the ETIM. The Uyghur militants based in Afghanistan have even joined hands with ISIS-K and the Taliban hasn’t done anything about it. The Taliban would never crackdown on any extremist organisations and it has a history of signing deals without honouring them.

So, the Taliban first milked China like a cash cow and is now training its suicide bombers at the Communist nation. China has got played badly in the process.