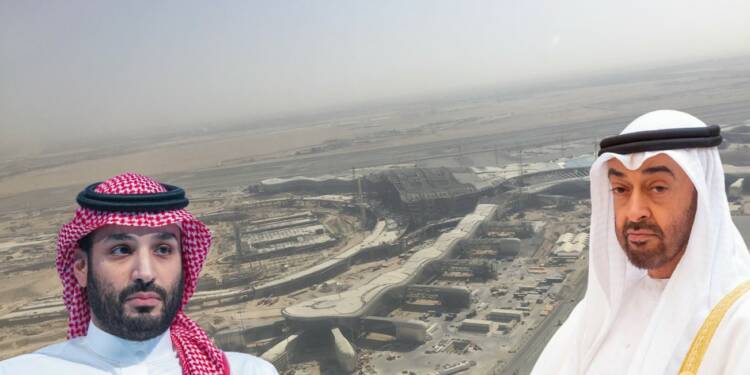 Geopolitics is a very complex business, and the world powers try to use all means in their arsenal to turn the tides in their favour. This is why anyone who is observing the global developments, should try to view an occurrence from multiple frames of reference before coming to a logical conclusion. This is exactly how the analysis of the latest terrorist attack on the UAE’s capital Abu Dhabi should be approached.

Three persons were murdered, and a fire was started at Abu Dhabi’s international airport after a suspected drone attack by Yemen’s Houthi rebels targeted a vital oil plant in Abu Dhabi. Reports mention that the dead have been identified as two Indians and one Pakistani by police in the United Arab Emirates. As three fuel tanks exploded in an industrial area and a fire broke out at the airport, authorities stated “small flying objects” were discovered, as Houthi rebels announced “military operations” in the UAE.

On the preliminary analysis, one can make peace with the fact that Houthis have claimed the terror attack. However, if one looks at the history of such claims, suspicion creeps in. While the Houthi attack does not seem geographically possible, the fact that Iran is improving its ties with the UAE and the need for Saudi Arabia to gain more support from the UAE in Yemen helps us connect the dots. Going by the overall analysis we have strong reasons to believe that Saudi Arabia may be behind the bombing.

Houthi’s history of false claims and the geography question

Back in 2019, The Houthis claimed an attack on Abqaiq in Saudi Arabia that later turned out to have been conducted by Iran. While it is obvious that the Houthis are Iranian proxies, this gives us an exhibit about how the proxy group and a terror organisation leaves no opportunity to claim victories even if they were not even a party to the incident.

While the attack on UAE via a drone operated by the Houthi rebels has led to many questions regarding the geographical feasibility of such attacks. Yemen is the Houthi’s stronghold, however, to launch a Drone attack on UAE, it needs to pass through the airspace of Saudi Arabia and Oman. In the case of sea, the Houthis operate in the Red Sea making it not feasible for them to launch an airstrike via these routes.

Also read: Yemen is a bloody war. Biden is turning it bloodier

On the other hand, unlike in 2019, Iran has been pre-emptively trying to improve ties with UAE and Saudi Arabia. In such a scenario, it does not make any geopolitical sense to attack UAE like it did on Saudi Arabia back in 2019. Iran has been too much invested in confrontations with Israel that it cannot afford to open another front.

If not Iran, then is it Saudi Arabia?

On the other hand, if we look at Saudi Arabia, it is able to satisfy certain questions. Saudi Arabia led efforts to defeat the Houthis are not leading anywhere, and from time to time the Houthis tend to overwhelm them. In such a situation, Saudi Arabia badly needed its significant Arab allies to step up their contribution to the Riyad led efforts. Allies like the UAE had reduced their overall involvement in the fight against the Houthis.

Also read: With Saudi worn out, UAE and Israel will now play a more prominent role in the Yemen war

The UAE had significantly drawn down its troops in Yemen, starting in mid-2019. However, it maintains significant command over its proxy units on the ground in Yemen. This is why a direct involvement by the UAE is a significant requirement for Riyad which it cannot openly profess given the requirement of the perception of strength.

So, if a small-scale attack can invite claims from the Houthis and thereby increase UAE’s participation in the Saudi efforts in Yemen; it turns out to be the best-case scenario for Riyad. Not only will Riyad be able to turn the tables in the Yemen war, but it will also keep the UAE closely aligned with the Arab alliance and end its overreach towards Iran. All in all, the results are more favourable for Saudi Arabia than for Iran. Thus, one cannot deny the possibility entirely.