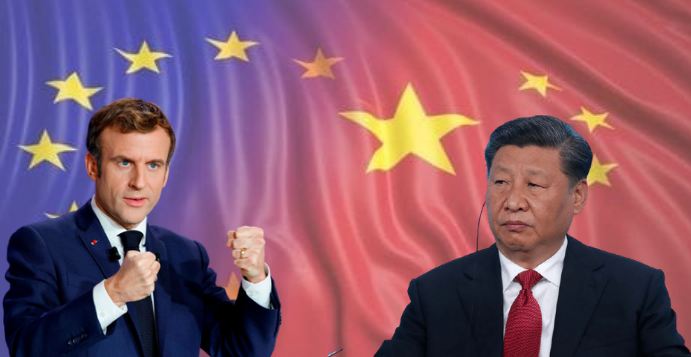 China is in for some big trouble now. You see, France is a powerful and influential country – not just in Europe, but around the world. It just so happens that France is also leading the European Union right now – for the first time since 2008. French President Emmanuel Macron has a solid geopolitical agenda, and much of it is related to making the European Union a formidable world power to be reckoned with. China could soon find itself being slapped by the European Union with a flurry of painful sanctions. When it does face such an onslaught, it should remember that France is behind its miseries.

France has officially recognised the People’s Republic of China’s treatment of Uyghur Muslims as ‘genocide’. The lower house of France’s parliament adopted a resolution on Thursday that denounced “genocide” by China against its Uyghur population.

The non-binding resolution, adopted with 169 votes in favour and just one against, was proposed by the opposition Socialists in the lower house of Parliament, but was also backed by President Emmanuel Macron’s Republic on the Move (LREM) party.

Essentially, the French Parliament has just unanimously termed the Chinese Communist Party’s actions in Xinjiang as ‘genocide’, and President Macron’s party has supported the opposition-sponsored resolution – showing how France has come together as one to condemn China. And then, the language of the resolution is hardly subtle.

The resolution has called on the French government to undertake “necessary measures within the international community and in its foreign policy towards the People’s Republic of China” to protect the minority group in the Xinjiang region.

Could the European Union be Next?

France is currently the President of the European Union. Could it be that Macron replicates his anti-China activism at the EU as well? This is very likely. Already, the French envoy to India, Emmanuel Lenain has said that bringing the EU’s ties with India to a truly strategic level will be a priority of the French Presidency of the European Union, and a key goal of the growing partnership is to provide transparent, sustainable development model in the Indo-Pacific region. It would also serve as an alternative to the Chinese model.

The EU is planning to bring in an “anti-coercion instrument” to retaliate in such cases but fresh legislation could take years to come into effect, and Macron cannot wait to punish China. When asked if France would push for action before an anti-coercion instrument comes into force, a French official told POLITICO, “Yes. We will take measures very quickly.” In separate remarks, he also said, “The anti-coercion instrument is still under negotiation, but maybe something can be done in advance in support of Lithuania.”

As far as China is concerned, French foreign policy is placing greater emphasis on standing up to China and becoming more involved in the Indo-Pacific region. Under German leadership, former Chancellor Angela Merkel strived to solidify the EU-China business relations. Even an investment treaty was signed between the two powers, just before Biden acceded to the White House. However, French intervention in the later months rendered the deal defunct.

France has always had a clear agenda. It wants the European Union to dissociate and completely decouple from China. Now, given China’s aggressive behaviour around the world, and its scant regard for international laws and human rights – Paris will most likely push the EU to sanction the Communist nation.