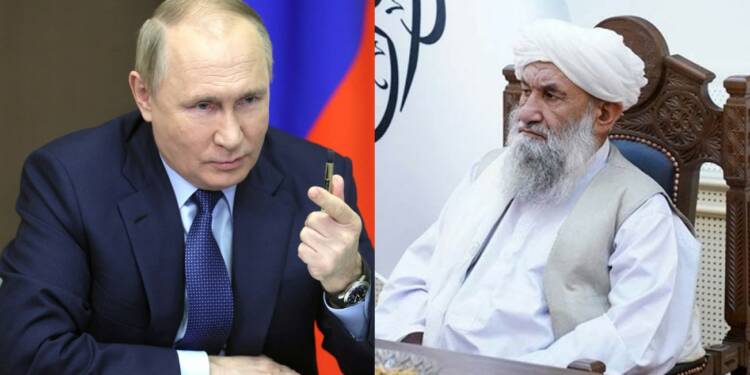 World geopolitics is the most dynamic business, and this is the very reason why any analyst cannot be fixated too much on a single event. Focusing on a single flashpoint invites the risk of missing all other significant development and thereby losing the bigger picture. This is exactly what has been happing in the current fixation with the situation at the Ukraine border. The Ukrainian crisis has overshadowed the sudden change in the Russian approach towards the Taliban.

The mainstream media would want everyone to believe that Russia and China are working together to support the Taliban stabilise Afghanistan and thereby consolidate their influence. However, the developments in the region and the way in which Moscow’s extension, i.e., Central Asian republics are handling the Afghanistan Taliban tell an entirely different tale.

A delegation led by Amir Khan Muttaqi, the temporary Taliban government’s foreign minister, arrived in Oslo on January 22 for a three-day visit to discuss humanitarian supplies for Afghanistan as well as “political, educational, and economic matters.” While the Taliban is trying to gather pennies by going to Oslo, Russia on Monday expressed reservations about achieving a positive outcome.

Putin has completely abandoned the Taliban

Another interesting development was the denial of Moscow of any meeting with the Taliban. Although not officially acknowledged, the Russian visit of Mohammad Yaqoob, the defence minister and son of the Taliban founder, and Deputy Prime Minister Abdul Baradar was extensively reported on Afghan and the Middle East news sites. On the other hand, according to Russia’s state-run news agency TASS, no “members of the Taliban movement,” which is “outlawed in Russia,” are scheduled to come in the county.

There is a specific reason for the same. You see, Russia under Vladimir Putin has reinvigorated its appetite to bring back the grandeur of the USSR’s territorial stretches as well as its zones of influence. In line with this, gaining a concretised influence of Afghanistan, which even the USSR was not able to keep for long remains one of his goals. In line with this, Russia has been making sure to consolidate its zone of influence in Central Asia. The region is important for the energy needs among other things for Afghanistan. By consolidating its control over the region and denying China the same, Moscow has established the perfect leverage against Afghanistan.

The confidence is also visible in the official statements. According to Russian Foreign Ministry Second Asia Department Head Zamir Kabulov, the Oslo talks with the Taliban are unlikely to produce beneficial outcomes. He said, “as for Oslo, we have always stood for bilateral relations with Afghanistan, although Norwegian negotiations raise doubts”.

Putin understands that the Taliban government is built on a weak foundation and if they are kept in a constant state of socio-economic vulnerability, it will lead to an opportune moment for the Russians to establish control over Afghanistan and fulfil the object of reclaiming the larger zone of influence that has been lost since the disintegration of the USSR.

Also read: As fear of Putin sets in, a desperate China is trying to win Russia’s support in Afghanistan

Russia knows very well that despite having re-established its rule over Afghanistan, the Taliban has no international standing, especially in the West. It is a long time before the West recognises the Taliban. Till then, the Taliban needs to survive, and it cannot do so if the world refuses to grant it legitimacy. So, Russia – gauging the ground reality, has decided to not rush in like China to recognise the Taliban government but has instead subtly told the terror organisation that it must behave itself.

Russia has time and again reiterated the fact that it does not recognise the Taliban government and has kept them outlawed. This is part of the larger plan to keep the possibility of a change in government to more Russia leaning factions in the Afghanistan society and the country is not short of such disgruntled groups. The abovementioned analysis sheds light on the way in which Russia is focusing on its Afghanistan strategy.