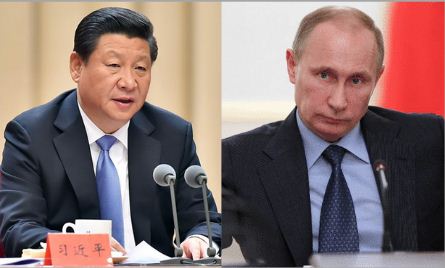 The American fiasco in Afghanistan might have served a raw deal to the poor Afghans; however, for China, it is nothing short of a fortune moment. President Joe Biden botched up the Trump-initiated withdrawal that has pushed Afghanistan to the edge of devastation. On the other hand, the hasty exit has also left Russia baffled which believes that a violence-ridden Afghanistan could easily propel instability into the Central Asian region. It is reported that about a 1,000 Russian troops have started a month-long exercise in Tajikistan to ward off the threat posed by the Taliban ruled Afghanistan.

Interestingly, Russia has also launched a diplomatic offensive against Taliban. Moscow’s special presidential representative for Afghanistan, Zamir Kabulov, recently stated that Russia has no plans to remove the Taliban’s status as a terrorist organization.  The Taliban was declared a terrorist organisation by the Russian Supreme Court on February 14, 2003, and its activities are outlawed nationwide.

Kabulov explained that “for this status to change, the UN Security Council must adopt another resolution.” Kabulov also made it clear that Russia’s decision to accord the Taliban with legitimacy will solely depend upon the group’s conduct in the future.

In a nutshell, Russian approach towards the crisis unfolding in Afghanistan is much different from that of China. China has overtly expressed its desire to forge closer ties with the terrorist organization in order to safeguard the stability in its western province. China fears that a rise of Taliban could rejuvenate the calls for separatism in its Muslim-dominated Xinjiang region. It is also revealed that China has called on the US to re-impose ban on the East Turkistan Islamic Movement (ETIM) in return for China’s co-operation with the USA’s efforts to stabilize Afghanistan.

Read More: Taliban is not as strong as the media wants you to believe and they are dying for a settlement

Thanks to China’s vigorous diplomatic campaign post American withdrawal, it has garnered a considerable influence over the Taliban that has made it a pivotal power to the Afghan affairs. However, China is still treading cautiously vis-à-vis Moscow’s policy towards the Taliban. Russia is the only power in the region that holds the potential to squash China’s plans for Afghanistan and for worse, Russia has all the means to effectuate its anti-Taliban plans if the militant group dares to poke Russia in the Central Asian region.

Russia has readied its military in the north and has militarily engaged with the Central Asian countries of Uzbekistan and Tajikistan that has sent shivers down the spine of the Taliban and China. That explains why China has urged Russia to co-operate with Chinese efforts to stabilize Afghanistan.

Chinese foreign minister Wang Yi on Monday urged Russia to strengthen its strategic dialogue with China on the Afghanistan situation. Wang Yi also pleaded that Russia and China should work together to save each other’s interests in the region and both the countries should pursue “friendly relations” with the Taliban.

Hence, China has resorted to pleading Russia to go soft on the Taliban so that its own interests in Afghanistan can be kept intact. China knows that Russia’s President Vladimir Putin can go all guns blazing after the Taliban in the same way he went after the ISIS in Syria in 2015.

There is also an Iranian angle to it. Russia has pulled the strings on Iran’s rapidly growing ties with China that poses a geopolitical challenge to Russia as well. Russia recently warned Iran against getting too close to China and becoming a Chinese client state in a subtle message.

A photograph was recently posted on the Russian Embassy’s Twitter handle recalling the 1943 Tehran Conference, when Iran used to be under the occupation of the Allied powers. The picture triggered a meltdown in Iran with outgoing Foreign Minister Mohammad Javad Zarif calling it “extremely inappropriate”.

Read More: Russia warns Iran against getting too close to China with a subtle yet ‘offensive’ message

Iranians felt as if they were being reminded by Russia about the history of foreign occupation. The photograph was however Russia’s veiled message to Tehran and the newly-elected Iranian President Ebrahim Raisi. Russia tacitly warned Iran against going into China’s arms, or else Iran could face serious consequences in Syria and in Afghanistan.

Make no mistake, the rise of the Taliban has also sparked fears among the Iranians who believe that a rise of a Sunni militant group at its doorstep could ascend the friction in the Afghan-Iran relations. It is also reported that Iran is preparing to unleash its Fatemiyoun brigade against the Taliban if the situation goes out of Iran’s hands.

Fatemiyoun brigade is an Iran-backed militant organisation that is comprised of Shia Afghan refugees in Iran and members of the Hazara Shia minority inside Afghanistan. When the Taliban rose to power in the 1990s, it started targeting Hazara Afghans that prompted them to seek refuge in Iran. Iranian government found an opportunity in their crisis and offered them citizenship, employment, legal protection and payments in return for their services in the Fatemiyoun brigade.

For years, Iran reaped the benefits of building up this militant organisation by deploying the Fatemiyoun fighters for securing Iranian interests in Iraq and Syria. Estimates put the number of Fatemiyoun troops Iran deployed to Syria, to fight ISIS on behalf of President Bashar al-Assad, as high as 20,000 or even 50,000. However, as the violence in Afghanistan reaches Iran’s doorstep, Iran has scrambled to mobilize the Fatemiyoun brigade to take care of any potential threat rising out of the Taliban’s misadventure in the East.

Hence, the situation in Afghanistan provides a window of opportunity to both Iran and Russia to consolidate their efforts and to diminish the Taliban threat.

The United Front was assembled by key leaders of the toppled Islamic State of Afghanistan, particularly president Burhanuddin Rabbani and former Defense Minister Ahmad Shah Massoud. The Northern Alliance fought a defensive war against the Pakistan-backed Taliban government. India also actively helped the anti-Taliban forces on the ground that dealt a massive blow to the Islamist organisation.

Therefore, Russia is the biggest hurdle in China’s way to conquer Afghanistan and thus, it could be devastating for Chinese interests if Putin goes on to wreak havoc on the militant organisation. Given the ambivalent relations between both the countries, one can expect Russia to use the Afghan crisis as a stick to beat China with.