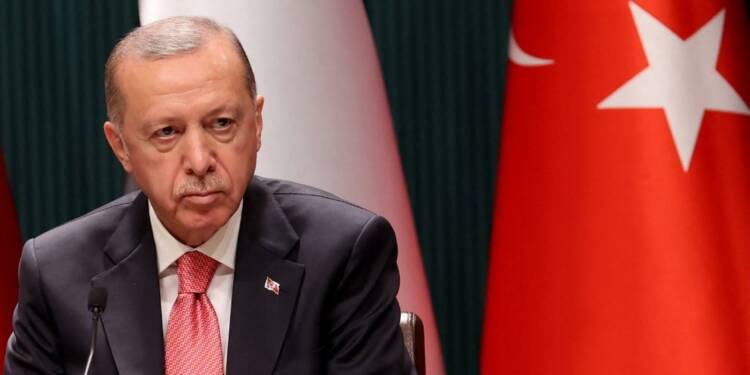 Tensions are running red-hot on the Russia-Ukraine border for over a month now. On one hand, we have Russia, which has amassed over 100,000 troops on its border with the eastern European country. On the other hand, we have Ukraine, which is puzzled in two minds whether to go full-on berserk against Russia or simply raise a white flag towards it. Russia has claimed that it doesn’t intend to land its boots in Ukraine for usurping its territories, but the US seems adamant about shoving the Russian invasion theory down the throat of Ukraine.

All in all, the situation is quite precarious for all parties, especially for the US and Ukraine. Indeed, wars bring catastrophe and disaster along with ensuing economic and political woes. But mind the fact that Ukraine won’t be the biggest loser of any such US-fuelled war in the region. It won’t be the US or the UK either! The biggest loser of any such war in Ukraine will be one and only Recep Tayyip Erdoğan.

Turkish economy is heavily dependent on these two nations as far as Turkey’s food, energy and financial supply chains are concerned. Ukraine is Turkey’s major defence export market. In 2019, the two nations signed a $69 million deal to provide Ukraine with deadly Bayraktar drones.

A little less than a year later, the Ukrainian defence minister and the CEO of Baykar — that produces the Bayraktar — signed a memorandum to establish a joint training and maintenance centre in Ukraine. Additionally, in recent months, Kyiv and Ankara have discussed the joint production of corvette ships, AN-178 military transport aircraft and turbine engines, including those for military aviation.

Thanks to countries like Ukraine, Turkey’s defence sector managed to stay afloat even as the country’s economy took a nosedive over the last few years. The tensions between Ukraine and Russia came as a boon for Turkey’s ailing economy, and now when a full-scale war looks imminent in the region, Turkey is set to lose billions as a result. Any war will most likely result in Ukraine ceding its territories to Moscow, which will also eat up a big defence market of Turkey.

Since Turkey is a NATO member country, any war between Ukraine and Russia could very well deprive Turkey of food, electricity, gas, tourists and pretty much everything. In fact, it’s already paying a big price for poking Russian President Vladimir Putin in the eye. Earlier this week, Iran mysteriously shut off gas supplies to Turkey after Erdogan issued a warning to Putin over Ukraine. The sudden halt in gas supplies had caused a blackout for several industries and households in Turkey.

So, there are plenty of reasons why Turkey doesn’t want a war in Ukraine and why it has been offered to broker the peace talks between Kyiv and Moscow by Putin himself. In this way, Erdogan will ensure Russia’s interests in Ukraine are secured. Erdogan will fight the Russian war against NATO now. All that, when Turkey itself is a part of the US-led NATO alliance.

Isn’t that interesting? A NATO country will now prevent NATO from doing what NATO is supposed to do—harming Russian interests—in Ukraine. We must admit, the former KGB spy, Russian President Vladimir Putin, is a shrewd geopolitical master, who has successfully checkmated NATO in Ukraine without even firing a single bullet.