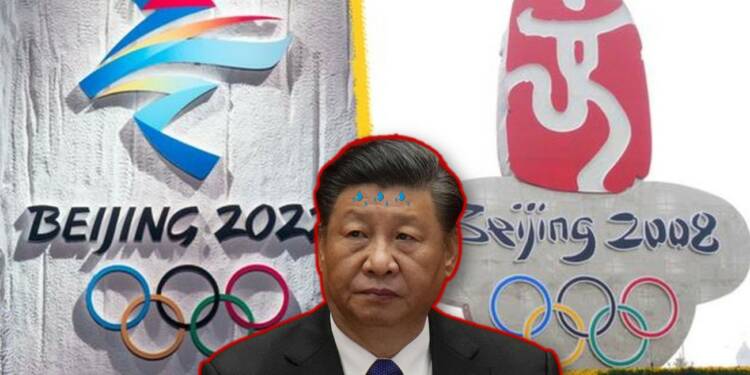 Almost 14 years after the 2008 Beijing Summer Olympics, China is once again hosting the Olympics. This time the Chinese capital is hosting the relatively less popular Winter Olympics. China’s aims are similar- in 2008, it wanted to show its economic might and shore up soft power, and in 2022, it wants to make a strong comeback after the Pandemic.

However, there is one key difference between the two editions. In 2008, the world was hopeful and even bullish on China. Today, it is hopeless. Take a look at this map:

South Korea and Russia are the only big powers sending in their officials or leaders to attend the Winter Olympics. All other big powers have staged a diplomatic boycott. While their athletes are free to participate, they will not send any diplomatic or official representatives.

Read more: Winter Olympics 2022 will be the first major global event where China will face the first global boycott

The 2008 Olympics- China’s ticket to prosperity

When the 2008 Olympics started, the world was already in awe of China’s stunning economic growth. In 2007, the Chinese economy had clocked an impressive growth rate of around 11 percent and had managed a trade surplus of $260 billion. Its forex reserves too had shot up to $135.7 billion in the first quarter of 2007.

The world believed that China was no longer poor and if you want to sustain economic growth, you will have to keep the upcoming economic powerhouse in good humour. This is why world leaders displayed brimming enthusiasm towards the 2008 Games.

It isn’t as if the world didn’t know about Chinese censorship and human rights violations. In March 2008, Chinese authorities killed several Tibetan monks who were protesting peacefully in the Himalayan region. And then in April 2008, criticism of Chinese oppression against Tibetans was also witnessed during the Olympic torch rally.

Anyhow, the world ignored Tibet. Many fell for the Chinese gimmicks of temporarily lifting internet censors, false promises of economic and political reforms, loosening censorship tools and designating official “protest zones” for demonstrations. Others were even hopeful of a more benign Chinese foreign policy.

China could therefore successfully use the 2008 Olympics for ramping up its soft power and attracting global investors after a grand show in Beijing.

14 years later, China is no longer the emerging economic powerhouse that it used to be. With several Coronavirus outbreaks, lockdowns, mounting debt crisis, real estate collapse and Xi Jinping’s anti-market policies, China has become a declining Empire. No one feels the need to engage with China for economic gains. So, there was no compulsion for world leaders to display any enthusiasm for the Beijing Winter Olympics in the first place.

And at a political and diplomatic level, the world has turned hopeless. Media censorship in the country has only increased after 2008 and everyone has seen what the CCP has done with Hong Kong, Xinjiang and Tibet over the last two years. In its foreign policy, China is more aggressive than ever before with its blatant military aggression in the Western Pacific and the Himalayas.

A Pew Research survey shows that the global anti-China sentiment is at a record high. One of its reports stated, “A majority in each of the 14 countries surveyed has an unfavourable view of China. In most countries, around three-quarters or more see the country in a negative light. In Spain, Germany, Canada, the Netherlands, the U.S., the UK, South Korea, Sweden and Australia, negative views have reached their highest level in the 12 or more years that Pew Research Center has been polling in these countries.”

You see, China is holding these Olympics to stage an impressive comeback on the world stage. It desperately wants an image makeover. But things are not turning out as Xi Jinping had wished them to be. Several nations have already boycotted the Olympics altogether, and those participating are not excited either!

These Olympics are not a mere sports event for the Chinese president. It’s a do-or-die situation for him. Jinping is seeking a third term in office this autumn, and these Olympics will decide whether he’s well-suited to lead the country or not! As it appears, China is going to perform miserably in these Olympics as more than a dozen nations have already boycotted these Olympics. The Chinese people are realizing Jinping has made China a pariah state for the world. And this is going to cost Jinping his life, his chair, his power, his ambitions and pretty much everything! This is what is making Xi Jinping supper jittery!