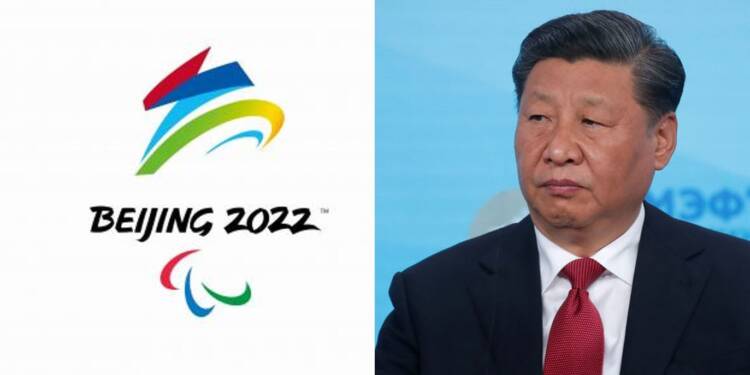 The 2022 Winter Olympics in Beijing will provide an opportunity for concerned countries to confront China on its human rights record, Canadian Prime Minister Justin Trudeau said on Friday. Trudeau stated that China will modify its actions only if confronted with a united front, and that he will bring the issue up at the Group of Seven leaders’ summit next week.

The 2022 Winter Olympics will be held in Beijing, China. However, a growing chorus of human rights advocates is asking for a boycott of the games in protest of China’s human rights violations, notably the persecution of Uyghur Muslims in Xinjiang, which the US State Department has labelled “genocide.” A coalition of more than 180 human rights organisations has issued a “call to action” encouraging all governments and athletes to boycott the “genocide Olympics.” They argue that allowing Beijing to host an Olympics-as-usual means accepting the Chinese government’s crimes against the Uyghurs, anti-democratic repression in Hong Kong, and other human rights violations.

Some Republicans and Democrats in the United States, including House Speaker Nancy Pelosi, have expressed support for a boycott in some form. Pelosi recommended a “diplomatic boycott,” in which heads of state refrain from attending while athletes participate; Sen. Mitt Romney (R-UT) recommended both an economic and a diplomatic boycott, asking American viewers not to come in person in order to limit Beijing’s tourism earnings. Similar appeals have been made by legislators in other nations.

In 2008, human rights organisations protested the Beijing Olympics, with Tibetan rights at the forefront of the protests. The Chinese government’s suppression of civil liberties and human rights has deteriorated under President Xi Jinping in the years afterwards. Advocates argue that elevating China once more will allow it to behave with greater impunity. The IOC, however, chose Beijing in a tight vote as the possibly least-worst option: Beijing had hosted a successful 2008 Summer Olympics; it had solid infrastructure and transportation, as well as money to invest in improving them. At the time, IOC President Thomas Bach observed, “It really is a safe choice.” “We are certain that China will keep its promises.”

That was in the year 2008. Since then, China’s human rights record has gotten even worse. In Xinjiang, the Chinese Communist Party has jailed between one and three million Uyghurs and other Turkic minorities in what it refers to as “reeducation facilities,” which are really internment or concentration camps. Detainees are subjected to waterboarding and other forms of torture, as well as psychological indoctrination. Uyghurs have been forced to work as slaves to produce everything from clothing to face masks. Forced sterilisation has been imposed on Uyghur women.

The Trump administration declared China’s activities against the Uyghurs and other ethnic and religious minorities in Xinjiang to be “genocide” in one of its final acts. Others, like the UK and Canadian parliaments, have approved Biden’s State Department’s designation. The Chinese Communist Party has also continued to tighten down on dissidents in recent years, suffocating Hong Kong’s liberties with a harsh national security law.

Geopolitics has also gotten significantly more complex. The Trump years saw escalating tensions between the United States and China, which became considerably more complicated in the aftermath of the Covid-19 pandemic, with the Trump administration and several Republican legislators blaming China for the virus’s early mismanagement. All of this has bolstered support for a boycott, including among some US senators anxious to retaliate against China in any way imaginable.

The concept is simple: Traditionally, the Olympics serve as a showcase for the host country. A boycott of the Winter Olympics would send a strong message to China. And by tying China’s treatment of the Uyghurs to its actions in Hong Kong to such a high-profile event, it would heighten worldwide awareness of China’s activities and impose pressure that State Department rebukes can’t quite match.

This time is however different than 2008. The United States, Canada, The United Kingdom, and Australia have increasingly pressurized China over its Human Rights record. Moreover, the allegations against Beijing in its role in the origin of the coronavirus are also being investigated. Thus calls for boycott regarding human rights issues and coronavirus have grown incessantly. Besides, Beijing’s aggression against states such as Australia and Canada and Japan and increased belligerency in regions such as South China Sea, East Asia and Central Asia has increased manifolds. All in all it has turned out to be a toxic concoction of bad diplomacy, human rights and conspiracies which could lead to the first boycott of China in a major world event.