Jinping has big plans for 2022. Chinese lawyers have even bigger 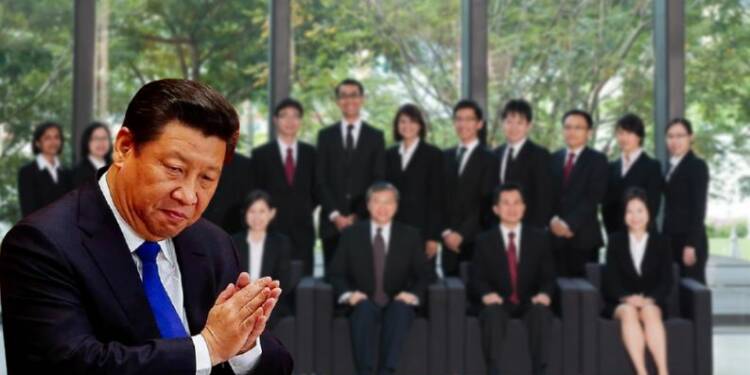 Xi Jinping has some big plans for 2022. The Beijing Winter Olympics currently has his undivided attention, and ensuring the success of these Winter Games is his topmost priority. Xi Jinping will also look to consolidate power throughout the year, leading up to the National Congress due for autumn – when his re-election as China’s president is slated to be made.

But will the Chinese Communist Party place its bets on Xi Jinping? Nobody knows. But one thing is clear: Jinping will have to earn the position this time, or he will be kicked out unceremoniously.

And then, curbing liberties and freedoms of all sorts figure very prominently on Xi Jinping’s to-do list as well. Controlling Covid-19 is another goal for the Chinese President. There remain several other areas of concern as well – the economy, rivalry with the United States, stepping military aggression/invading Taiwan and the kind. These issues will keep the Chinese President occupied throughout 2022.

Chinese Lawyers Could Pull a Fast One over Jinping

But guess what, Chinese lawyers have bigger and better plans for 2022. And much of it revolves around reminding the CCP of how it is acting in brazen contempt of human rights and even China’s domestic laws. It is no secret that under Xi Jinping’s leadership, the CCP regime of China has been pursuing a “zero-Covid” policy, due to which sweeping restrictions and lockdowns can be imposed on millions, even if a handful of Covid-19 infections are detected anywhere in the country.

Mass-testing will be instituted, and millions of people will be forced to sit at home – while being denied the liberty to even step out and purchase essential commodities.

According to a report by the South China Morning Post, several Chinese lawyers are now stepping their rhetoric against the CCP and its brutal zero-Covid policy. In an article in China Newsweek magazine, Shen Kui, a professor at Peking University’s law school, said governments at all levels should compensate people for the material and psychological toll that the strict preventive measures brought.

Shen said, “Such changes may cause great difficulties to the everyday lives of some people, disrupting their food supplies, accommodation, medical treatment, and childbirth.” Shen said the government should apologize to and thank the individuals affected, and clamp down on excessive law enforcement. He reminded the CCP that it had a responsibility to guarantee the livelihood of people in quarantine and compensate people whose individual interests were sacrificed for the larger public good”.

Zhang Qianfan, a law professor at Peking University, said, “Now (epidemic control) is a movement-style law enforcement, and the first task is to clear the cases, greatly squeezing people’s freedom.”

Tsinghua University law professor Zhang Jianwei remarked, “The epidemic itself is a disaster, and there have been a series of secondary disasters, which further highlighted the reality that individual’s freedom is not respected in the process of social governance.”

Another anti-Lawyer Purge on its Way?

Chinese lawyers speaking out against the CCP will surely scare Xi Jinping to his meek bones. There is only one recourse for the man. He must crackdown on China’s legal fraternity, and show them that he continues to remain the supreme power in the country who simply cannot be questioned, no matter what he and his regime do.

The most recent example of the CCP cracking down on Chinese lawyers was when in October last year, it prohibited lawyers from discussing cases in public. Back then, China’s official lawyers’ association had issued new guidelines prohibiting lawyers from “hyping up cases” online or in the media. This was essentially an affront to the freedom of speech of Chinese lawyers. But then again, in China, nobody has the right to express themselves.

Chinese lawyers, however, seem to have made up their minds. If they are going down, they will go down with a fight. And China’s legal fraternity arming up against the CCP will be quite a coup against Xi Jinping. These lawyers can mould public opinion, and the Chinese despot could have a much bigger problem to deal with real soon.

Be the reason someone smiles today: Quotes to be nice